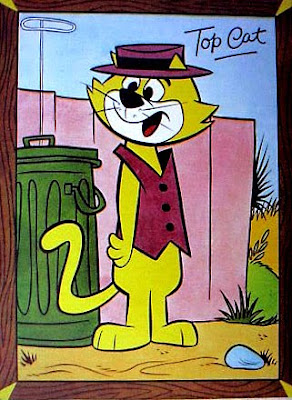 You’re probably too young to remember the Hanna-Barbera TV series Top Cat. It was made for a surprisingly short time, I discover, just 30 episodes in 1961/2, but I watched it avidly at the time. Imdb tells me it was called “Boss Cat” in the UK but I’m pretty sure we all referred to it as Top Cat, not least because of the theme song. There was a UK brand of cat food called Top Cat, which I suppose may have been the reason for the title change. 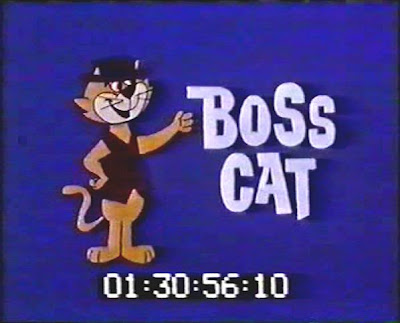 Like everyone else I had trouble understanding a couple of lines in that theme song. The first line “Close friends get to call him T.C.” is clear enough, but the line that comes after was notoriously impossible to make out. Thanks to the internet, of course, no such problems need bother us anymore. The line is “Pro-vi-ded it’s with dignity,” which still isn’t a model of clarity but we know what they mean.

Back in the day one of my school pals suggested, with at least some degree of seriousness, that the line was “Step right in, there’s dripping for tea.” We were in Yorkshire, the home of dripping, and dripping was to be had for tea, and just about any other meal. It was spread on white bread with a lot of salt shaken over it. What could be better for a growing lad?

Wikipedia says that Yorkshire folk call bread and dripping a “mucky fat sandwich.” Well, they’ve never called it that in my hearing, and my Sheffield friends agree. Julia, who originally came from Hull, says she’s never heard it called that either. Leeds however is a different matter. The mother of a friend, born in that fine town, says she’s very familiar with the term. What they say in posh places like Harrogate and Beverley is anybody’s guess.

I’ve never claimed any great expertise about dripping, and I’m sure that every family eats its dripping in its own way. The blessed Fergus Henderson (may his tribe increase) recommends it on toast, which strikes me as just not so good as having it on fresh Mother’s Pride, but I’m sure it’s all about what you’re used to. 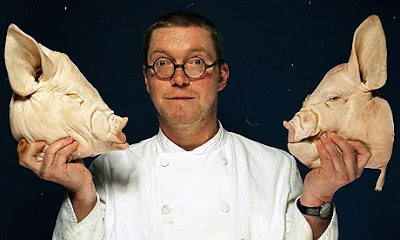 As far as I can see “mucky fat” includes the brown jellyish substance underneath the solid lump of lard, and these days I think it’s the tastiest part, though when I was a kid I liked my dripping sans muck.

Anyway, since the loved one and I were cooking roast beef over the weekend, I decided to collect the dripping(s) and have it (them) on bread. I know there are those who prefer pork dripping, but I was happy with what I’d got. I had it for yesterday’s lunch. It looked like this. 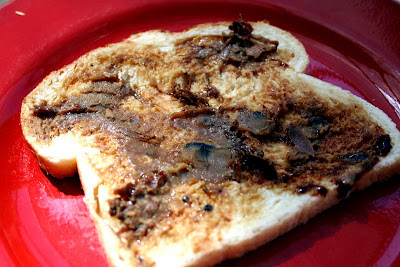 It’s much darker than the dripping of my childhood, but the loved one is a great believer in starting meat at a high temperature, and I’m sure this had its effect.

Anyway, it was just bloody wonderful, as they say in Yorkshire. Eating this bread and dripping, knowing that my arteries were being clogged, that my cholesterol levels and blood pressure were sky-rocketing with every mouthful, well, that felt so good, so damn wicked, so utterly forbidden. I imagine it was a little like eating the last dodo, although I’m sure it tasted a whole lot better.

Top Cat, as we see below, despite being a cat and living in an alley, seems to have eaten rather well. 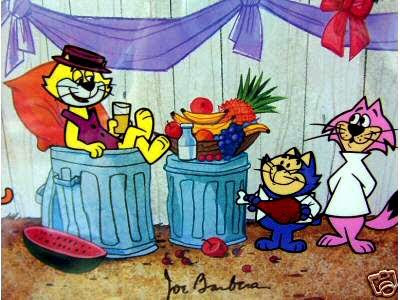 Posted by GeoffNIcholson at 8:25 PM