CAUL OF THE WILD 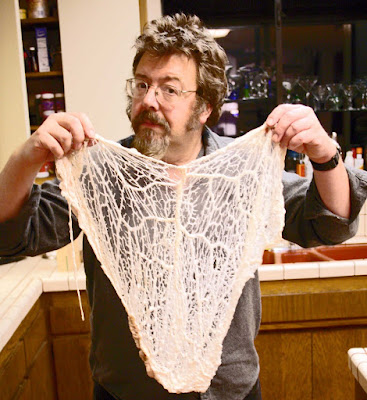 Did you ever read one of those recipes that starts, “Take a pig’s caul” ?

Often they appear in the same kind of recipe that says, “Make friends with your butcher.” I’ve never found a butcher who wanted to be befriended, but a couple of weeks back I did find a source for caul. So we went and bought one, and then we got it home and thought. “Oh, OK, what do we do with it now?” 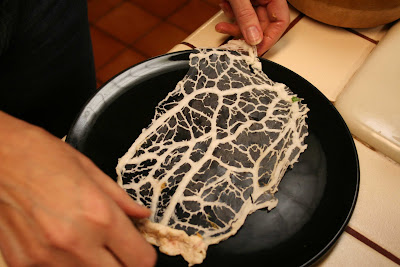 A riffle through the recipe books suggested it was great as a kind of sausage skin or the wrapping for a crepinette, or venison and quail pate, but alas we didn’t have any venison or quail just lying around waiting to be turned into pate. 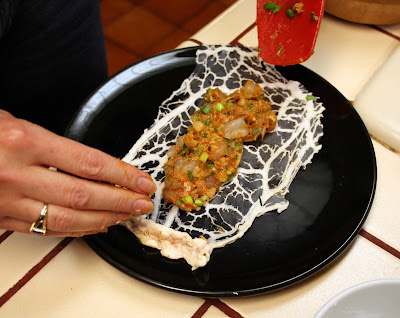 So we dug out an old Saveur recipe - white fish, shrimp, green onions, water chestnuts, coriander - pureed in a food processor, wrapped in a piece of caul, battered, then and deep fried. 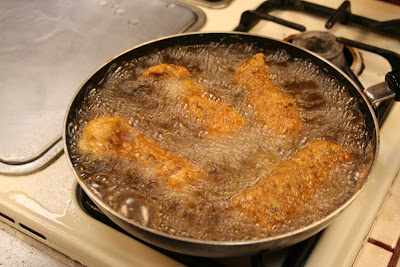 We did it. It went pretty well, tasted pretty good, but you know it wasn’t the great thing we were hoping for. 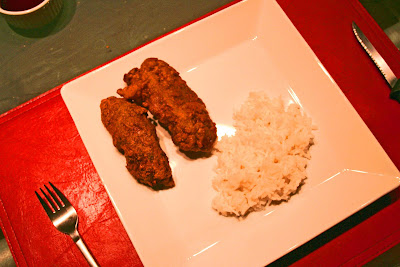 We realized we were attracted to the notion of “taking a caul” rather than to what a caul might actually be or what it might taste like.

This is a familiar phenomenon, like “First catch your hare” sometimes attributed to Hannah Glasse, sometimes to Mrs Beeton, though apparently it’s not to be found in either. It just sounds good.

Or there’s “Take Buttock of Beef” which again may or may not be from Hannah Glasse and is also the title of a book by Verity Isitt.

I thought Apicius might be good at this sort of thing and I found his recipe for “Aliter Sala Cattabia Apiciana” a name that doesn’t quite say it all. You take Picentine bread, Vestine cheese, chicken meat and goat’s sweet bread, put that in a mould, pour a wine and herb dressing over it, and then (and here’s the line), “Cool in snow and serve.” 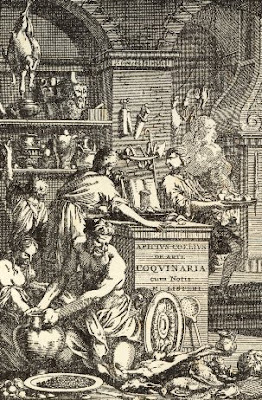 It’s not even clear what’s being cooled, you or the dish. Either would be just fine, I’m sure
Posted by GeoffNIcholson at 8:23 PM