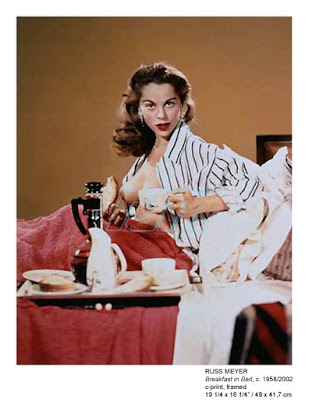 I was thinking about breakfast in bed, and wondering why it’s never as much fun as it ought to be. I think it has something to do with being afraid of spilling juice or cereal or getting crumbs in the bed. Admittedly this is less of a problem if you’re in somebody else’s bed but even so … 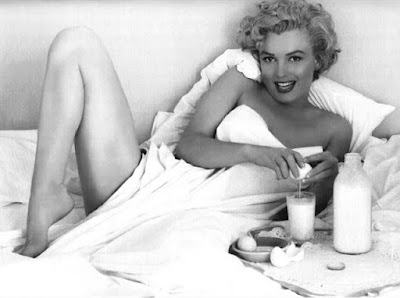 Then I came across the above picture of Marilyn Monroe. She’s putting a raw egg into her glass of milk, raising the possibility of getting egg shells and uncooked albumen between the sheets which seems even worse.

From Marilyn Monroe it was a short step to thinking about J. Edgar Hoover, not least because a new biography’s just been published called, “Young J. Edgar: Hoover, the Red Scare, and the Assault on Civil Liberties” by Kenneth D Ackerman.

Breakfast, like everything else in the Hoover household must have been a difficult business. He lived with his mother in Washington and they argued a lot. His niece Margaret reports, “His favorite breakfast was a poached egg on toast, and if that egg was broken he wouldn’t eat it. It went back to the kitchen and another egg was prepared.”

So far I have some sympathy with this. A bad egg is far worse than no egg. However, even when the egg was perfect, Margaret continues, “he’d eat one bite of it, then cut it up and put the dish on the floor for (the dog) to finish up.” This must have caused no end of bad feeling in the kitchen.

Hoover’s eccentricity made me think Sir George Sitwell, father of Edith, Osbert and Sacheverell. You could spend a lot of time arguing whether George was eccentric or simply nuts, but he certainly had curious and fixed views on just about everything and was an inventor, who came up with the Sitwell Egg. 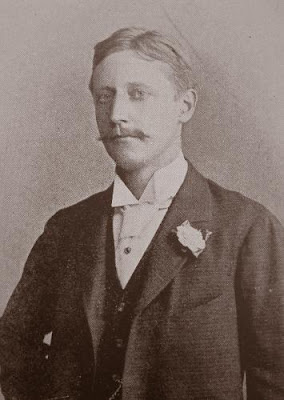 This was actually one of his more reasonable ideas, a variation on the Scotch egg, which is sausage meat wrapped around a hard boiled egg with breadcrumbs on the outside. The Sitwell Egg contained smoked meat as its “yolk,” surrounded by a “white” of compressed rice, the whole thing contained in a “shell” of artificial lime, whatever that might be. The story is that he arrived unannounced at Selfridge’s and got an appointment with the owner, Gordon Selfridge, and said, “I’m George Sitwell and I’ve brought my egg.” It never caught on.

All of which brings me back to a story my wife likes to tell about when she was a kid her grandmother asked her is she knew how to make breakfast more nutritious, when she said she no, her granny replied triumphantly, “You put an egg in your beer.” 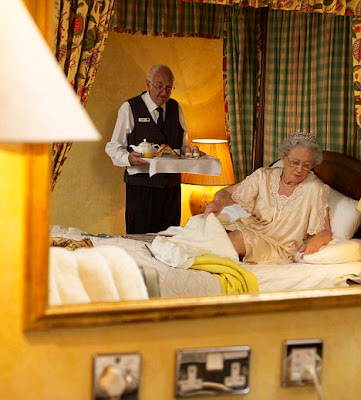 Posted by GeoffNIcholson at 3:14 PM