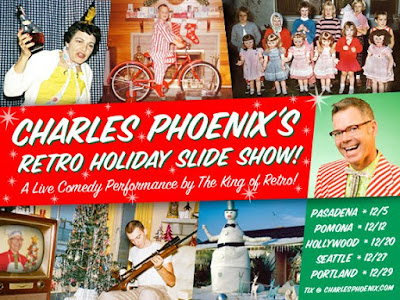 Phoenix is the presenter of ironic and hilarious slide shows. He combs thrift shops and swapmeets, hoovering up other people’s discarded Kodachome transparencies mostly from the 1950s and 60s. After what must be a mind-numbing weeding out process, he then displays the best of them while delivering a campy and essentially benign commentary that nevertheless makes fun of the people in the slides; their clothes and hairdos and ugly furnishing. 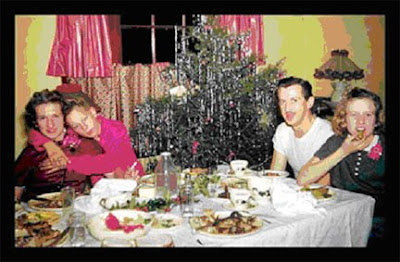 Inevitably a lot of the pictures are taken at parties and holidays, inclduing Christmas them. And where there’s a party there’s going to be food and drink. Of course few things are campier than more mockable than food from the past and Phoenix doesn’t hold back. 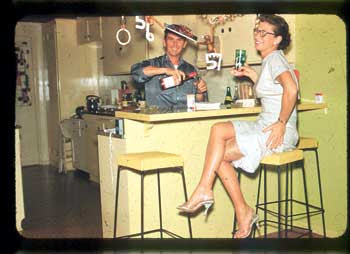 I find this as hilarious as the next person, but I do think there's a lesson here; that those things that look so fashionable to day – the duck confit, the lamb belly, the choclate dessert with bacon, sooner or later are going to look as quaint as stuffed peppers and devilled eggs. 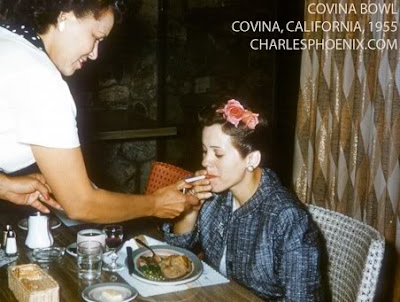 Charles Phoenix is also, if not the inventor, then at least the greatest supporter of something called the astro weenie, inspired by a slide he found of an edible Christmas tree. Basically it involves putting round things on cocktails sticks and arranging them to look vaguely space age. 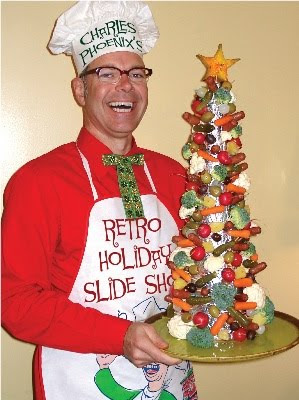 In general I’m not a great fan of ironic food. Who wants to eat food that’s been laughed at? But I’m obviously in a minority. It seems there’s a whole atsro-weenie subculture, with blogs and websites and whatnot. Here for example is a lady called Susan Lucas and she seems to be getting more joy from her astro-weenie those most of us get from any food in our whole lives. 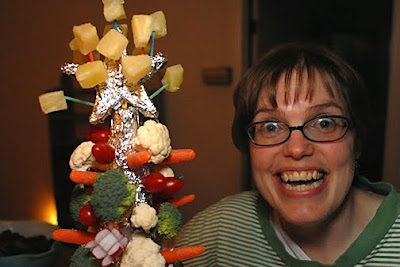 Only a Scrooge wouldn’t be thrilled by that.
Posted by GeoffNIcholson at 6:29 PM