Which reminds me that when I was in Poundbury a couple of weeks back, I went to a shop called Brace of Butchers. They had some good looking meat and we were served by a  butcher named Ben Black, that's him below reaching for his meat. 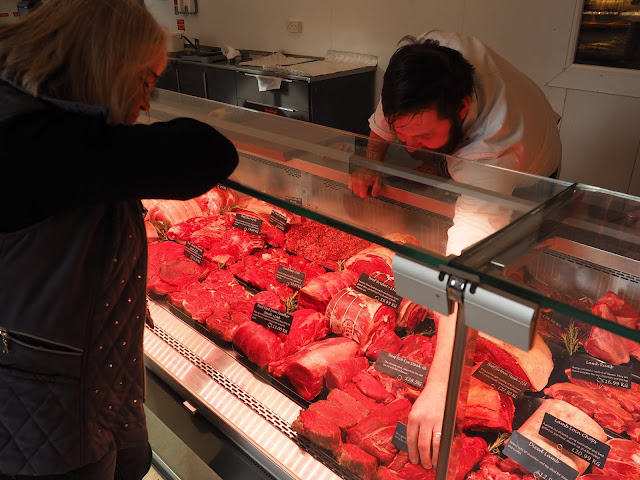 But he did seem quite knowledgeable and when I bought a brace of faggots he said to roll them around in a hot trying pan to seal them, then put them in the oven, which I did.  Before: 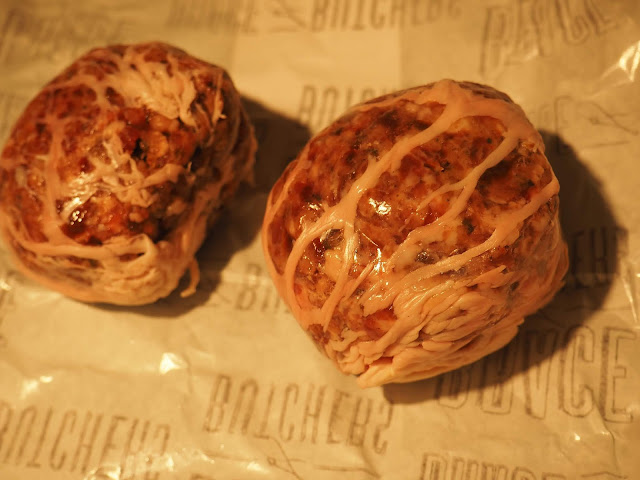 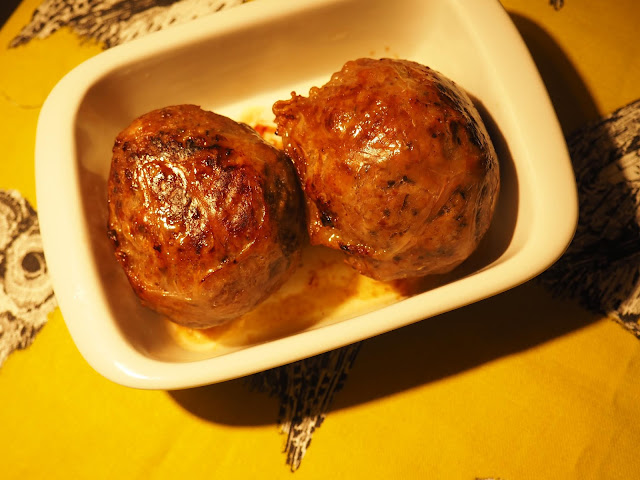 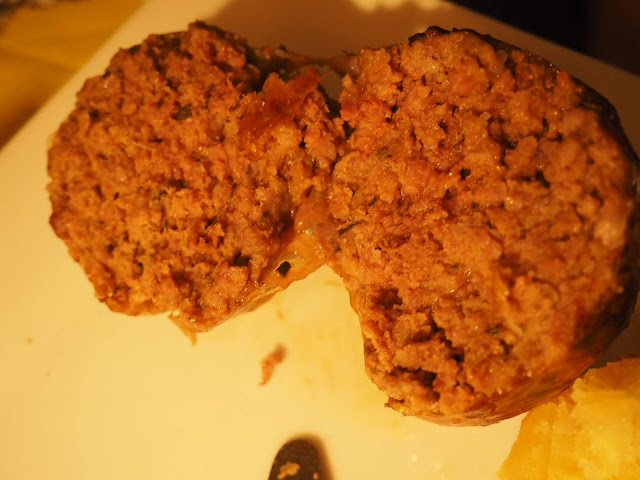 The Brace of Butchers website says they offer 64 different cuts of meat over the counter.  I was always a big fan of David Letterman’s Know Your Cuts of Meet – “America’s fastest growing quiz sensation” but I’m sure I couldn’t name 64 cuts of meat. 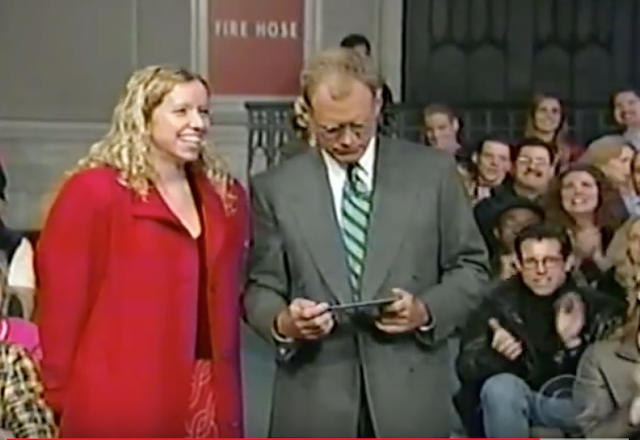 Also in Poundbury I went to a pub called the Poet Laureate and had a boar sausage sandwich with chips.  It was good. 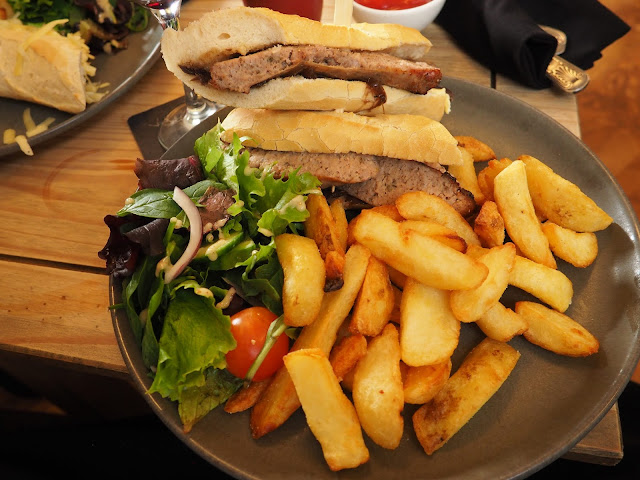 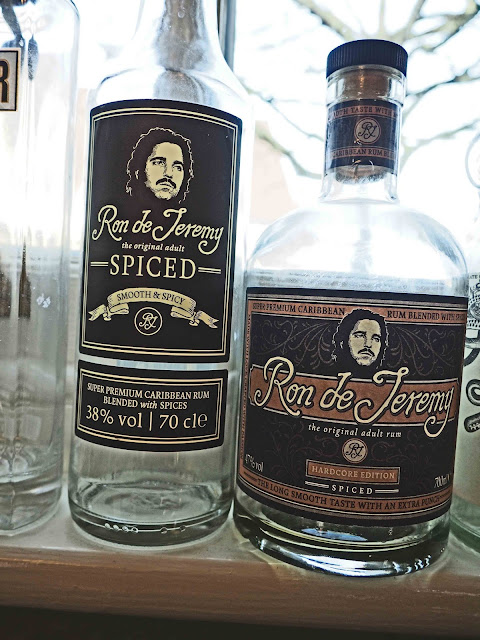 I have twice been in the same room as Ron Jeremy, once in New York, once in Los Angeles, and both times it felt that breathing the same air as him was a kind of violation.  On the other hand I’m told some people find him droll and charming, enough of them anyway for somebody to think that putting his mug on a bottle of booze might sell some units.
Posted by GeoffNIcholson at 1:44 AM