Funny thing about variety – the more you get, the more you want, although I think I might be about to contradict myself here.  Let me explain.
It being a slightly gloomy Saturday afternoon and the William Morris Gallery being closed (it’s always closed when I want to go there) we ended up in the Trap - “Walthamstow’s first cider taproom” they say, and I’m wondering how long it’ll be before the second one opens.  Possibly not long, the place seemed very popular. 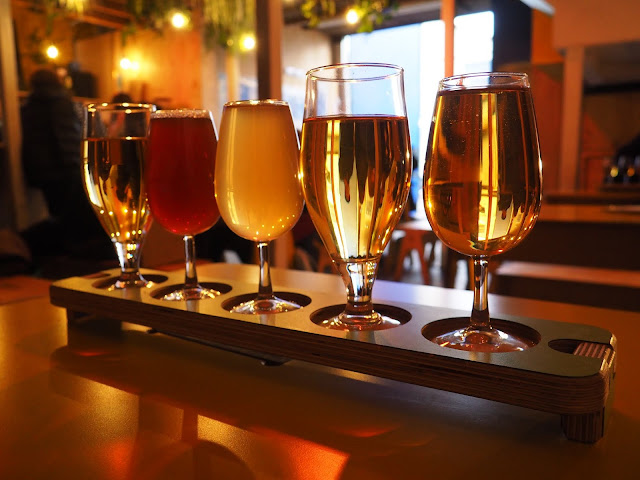 Ordering a flight of ciders seemed to be the way to go, and you tell the man behind the bar your preferences and I’m sure he does his best to oblige.  And he tells you what’s in the flight but of course by the time you’ve got to the table you don’t really remember what he said. 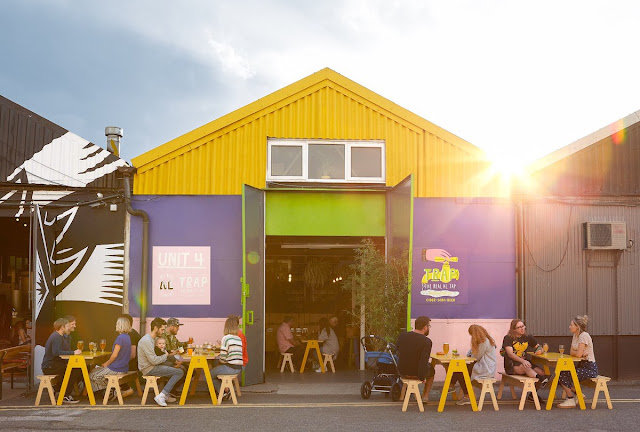 So I can’t absolutely tell you what we drank. I think there was Farmhouse Dry from Ross and Wye, and Willy Gun Cloudy Cider from Herefordhire.  There was certainly one that tasted of plums (and I think actually contained plums), and one that had been stored in rum barrels, which I thought tasted like homebrewed wine, which was OK in its way but not quite what you want from a cider.

And at the end of it I was left wondering whether I should just have had a pint of something tart and cloudy and settled for a lack of variety.  Next time.
Incidentally, the furniture in the Trap was fabulously stylish and clever; also fabulously uncomfortable. 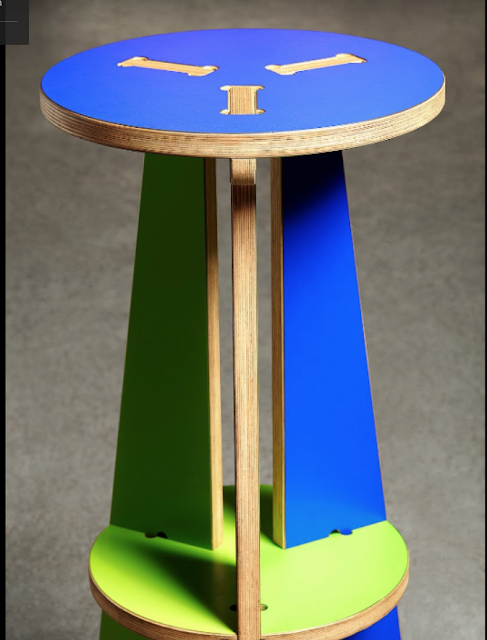 So the next day, being the mildly obsessive fellow I am, I went to Waitrose and bought 3 different ciders –two bottles and a can – as below.  A flight of one’s own.  You want tasting notes?  No, I thought not. 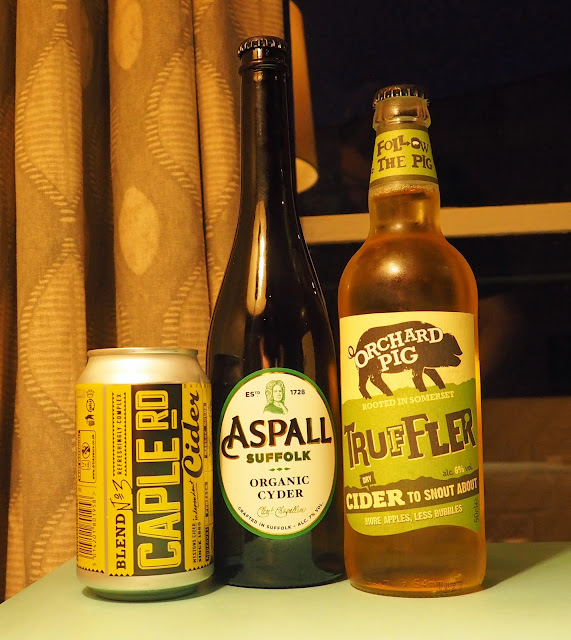 I liked the Truffler best, but oh dear the fine print.  Is it wrong to expect booze manufacturers to know proper English usage?  Yeah, probably.

Posted by GeoffNIcholson at 7:18 AM