Last year in Los Angeles I went to see the Japanoise band Fushitsusha. They were playing at Zebulon, a music venue that has some reputation for good food. 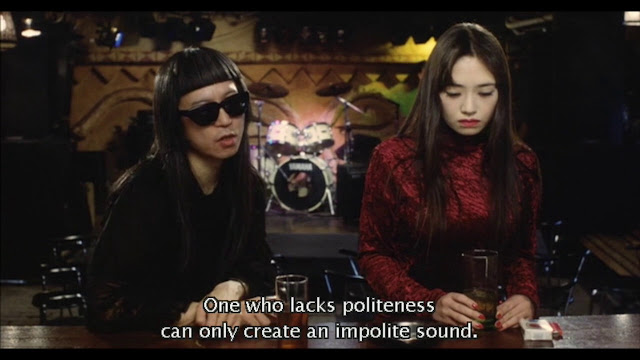 I’m not sure that Fushitsusha are the loudest band in the world but I think they’re probably the noisiest, and the idea of tucking into your pickled beet and crushed walnut salad while you’re getting the full sonic guitar blast … well, it wouldn’t be good.  But that’s OK because the performance space and the eatery at Zebulon are separate. 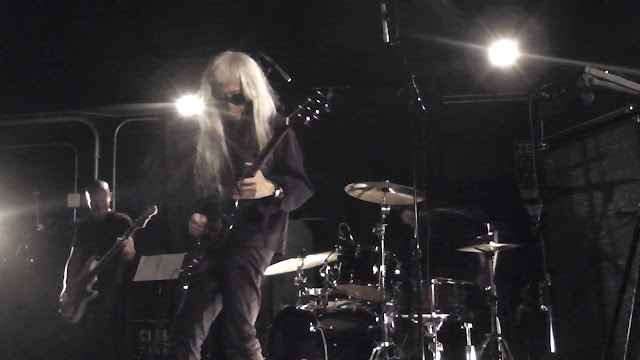 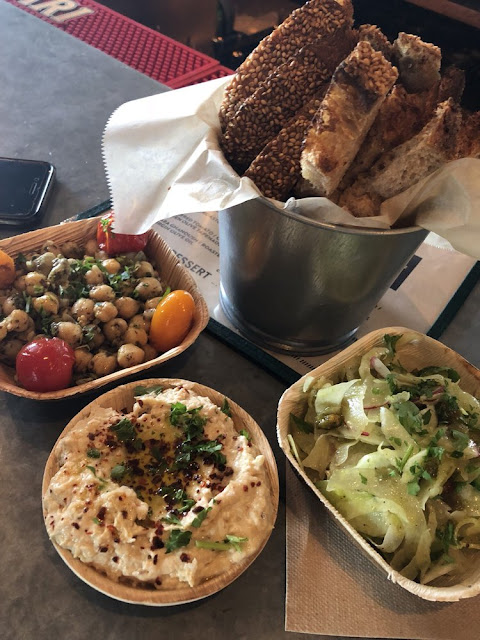 Not so at Quaglino’s in London where I went last week.  Fancy place, it’s part of the Evening Standard’s January deal whereby you get two courses and a glass of wine for 20 quid. 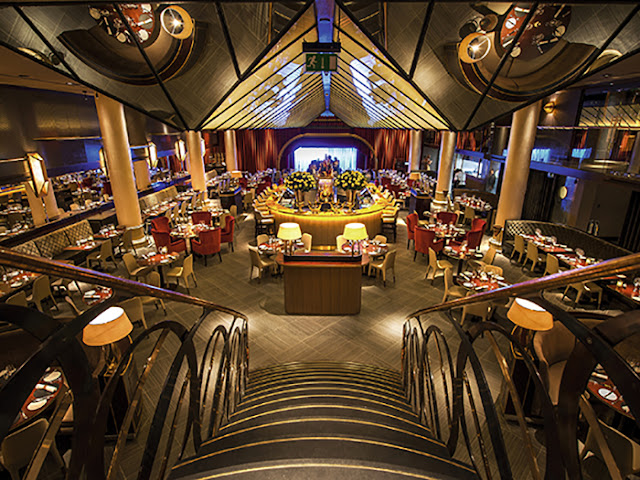 I was there with Jason Oddy – ace photographer and hence the superior quality of the photographs below.  I enjoyed my Rare Breed Ham Hock Terrine: 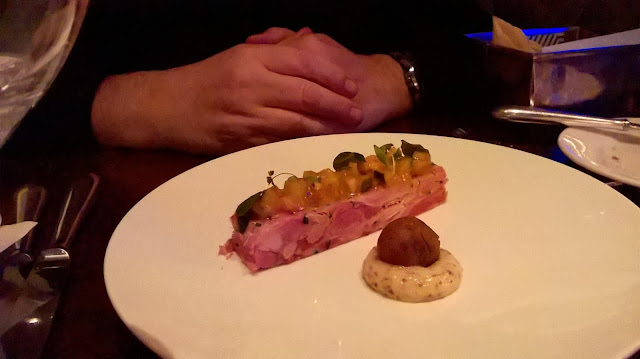 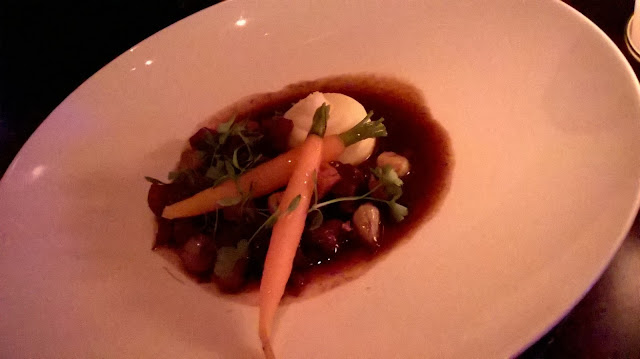 when suddenly the cabaret started. I had been dimly aware of a stage down one end of the restaurant, and the curtains opened and a band appeared playing some classic light funk rock with the occasional bit of soft white reggae, all sung by a shrill, over-amplified female lead singer.

Undoubtedly it was not as loud as Fushitsusha but man it was more than loud enough, and impossible to talk over. If everybody but me had been enjoying it I’d have thought that was fair enough but nobody seemed to be enjoying it at all, and when each song ended very few people clapped, most of them staff.

And then to add insult to injury when the bill came we were charged three quid a head "music surcharge."  Jason, who is a man of principle, protested and they removed the charge.  This somehow felt a like a serious victory

Posted by GeoffNIcholson at 9:44 AM