AND WHAT DID YOU EAT, MY DARLING YOUNG ONE? 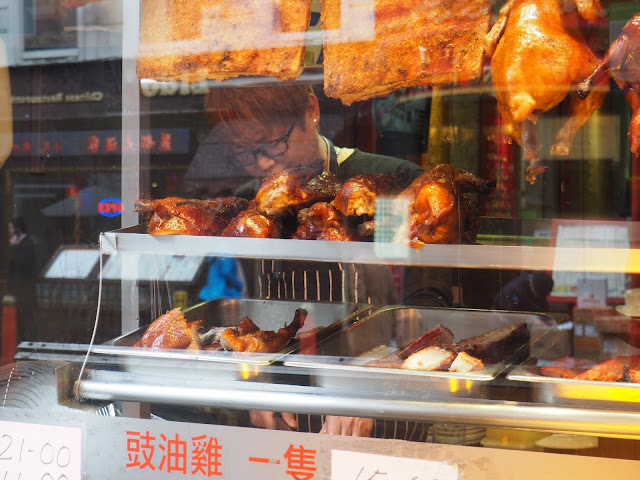 Like all men of the library, I tend to think that the change from one year to the next as an essentially artificial and not all that important moment, but I’m not altogether averse to taking stock, not least because Blogger uses days, months and years as a way of counting the number of posts you’ve made, and the hits you’ve received. 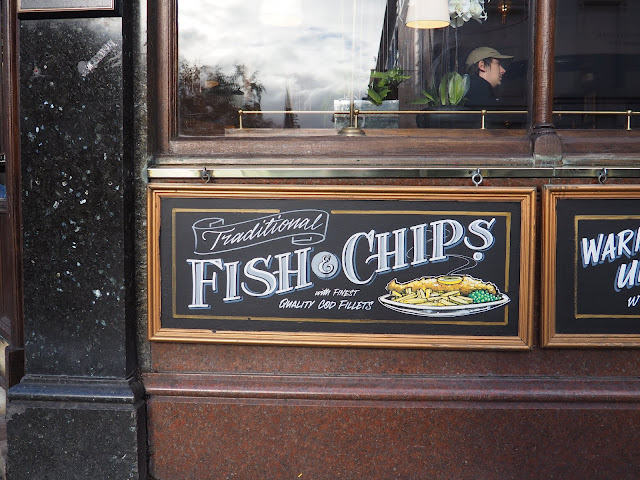 So I’ve been looking in my photo files, at the pictures taken in the last year, that so far haven’t made it to the blog.  I’ve been trying (and in some cases failing) to recall the exact details of where and when I ate the food depicted.  Here are ten of them: not in any sense a “top ten,” and not in any coherent or historical order. 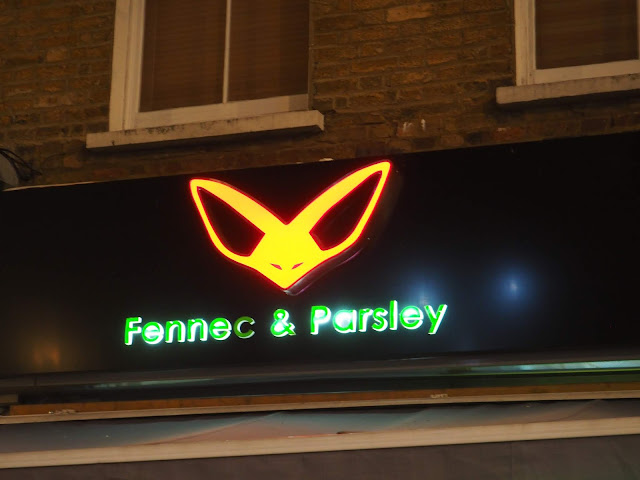 1) This, early in the year, was the smallest portion of ceviche I’ve ever seen, served at Loteria, a pretty good Mexican restaurant in Hollywood, which in general gives perfectly generous portions: 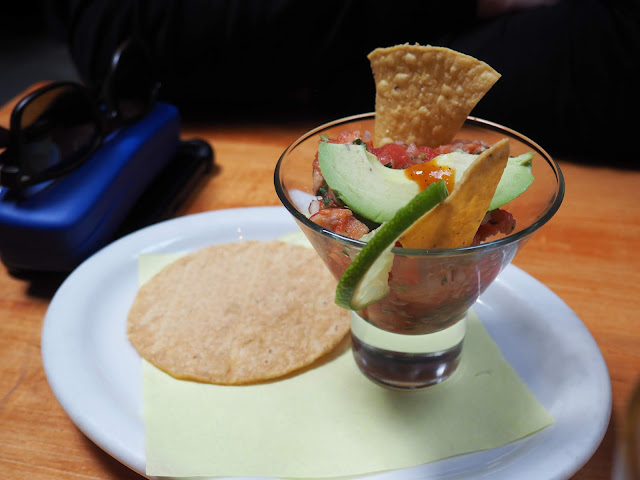 2) A sausage roll eaten in the café of an art gallery in Letchworth Garden city where there was an exhibition of prints by Eduardo Paolozzi, top artist. 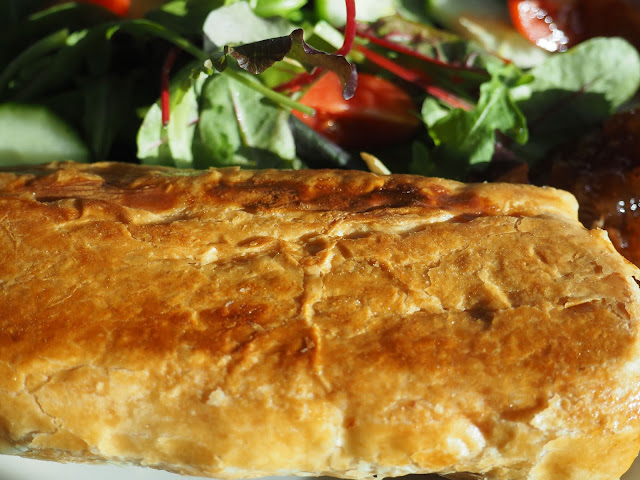 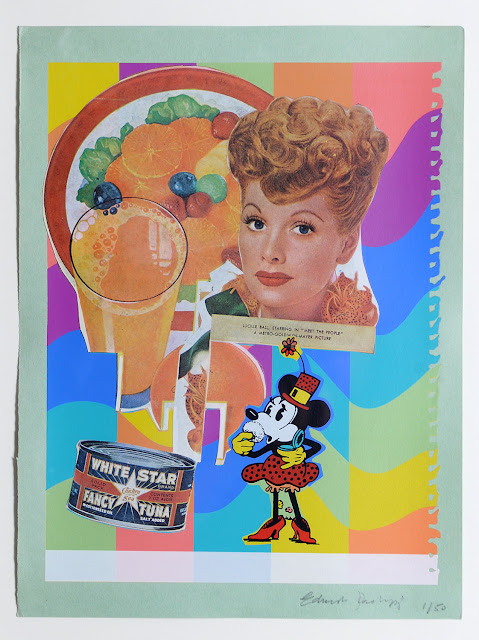 3) Mushy peas in a pub in Saxmundham: 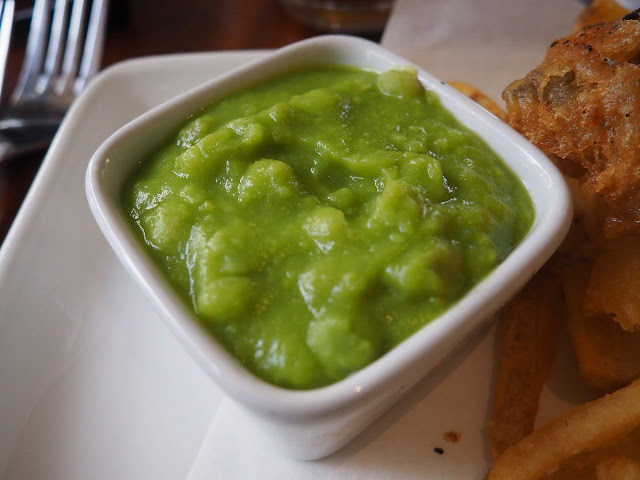 4) “Breakfast” in Chicago when I failed to find a cheery diner and ended up with a sugar overdose at Stan’s Donuts. 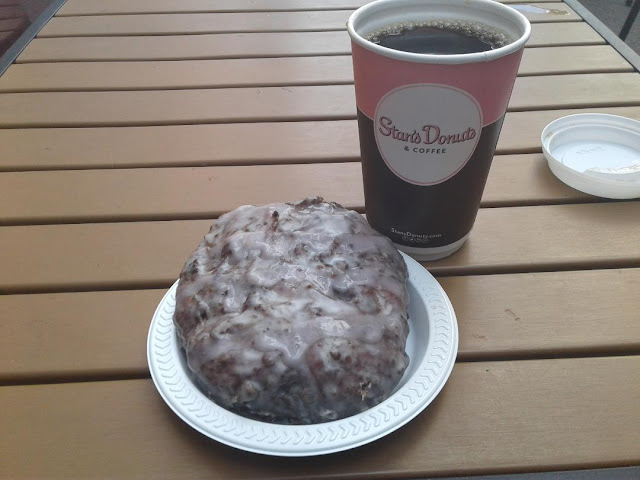 5) This is something very fancy at the Savoy – black pudding balls, I think, but I’m not sure what else. 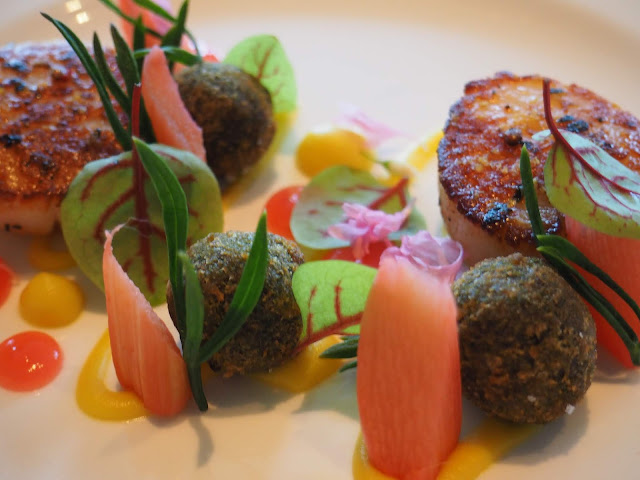 6) This is Sunday breakfast at an Israeli restaurant somewhere in West Hampstead: 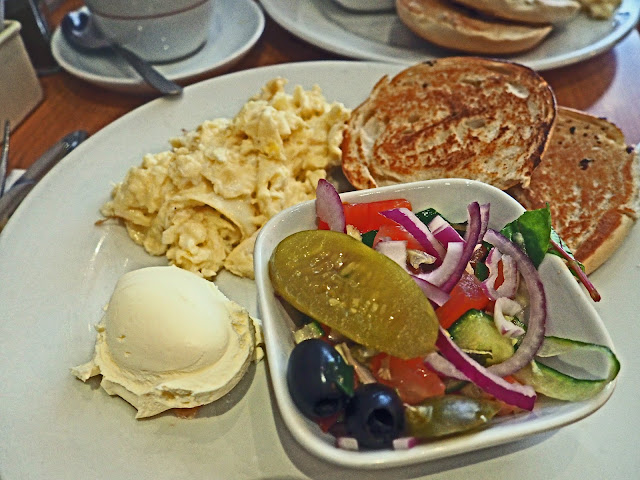 7) An heirloom tomato eaten and artfully arranged in my very own test kitchen. 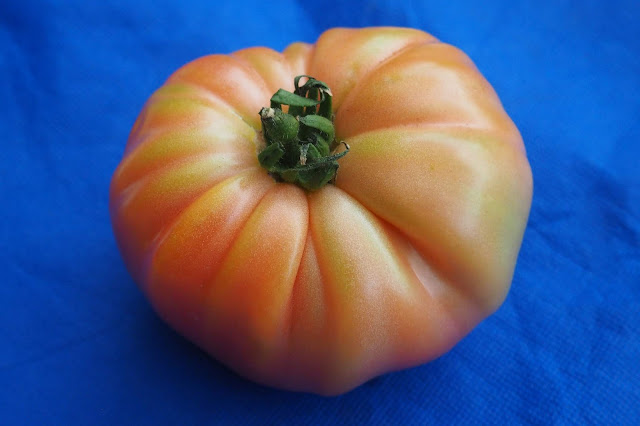 8) In a restaurant named Ravi Shankar, in Somers Town  – I’m sure that giant poppadum thing has a more specific name but I haven’t been able to find it on their website. 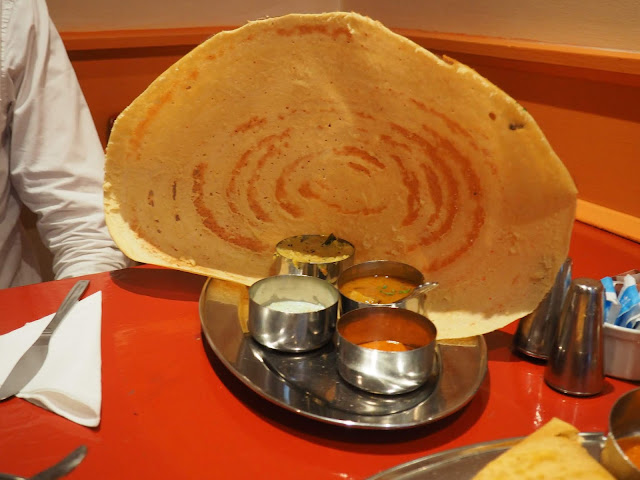 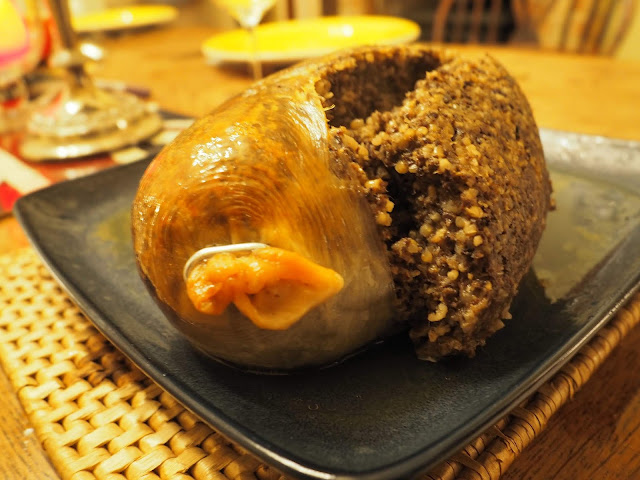 10) And finally, the last cheese board of 2018. Most of the cheeses here were bought at a farm shop in Gloucestershire with the terrible, terrible name of Jolly Nice.  Perfectly good cheese though, even if I have no idea of the name of that bomb-like thing at the front. It was good though. 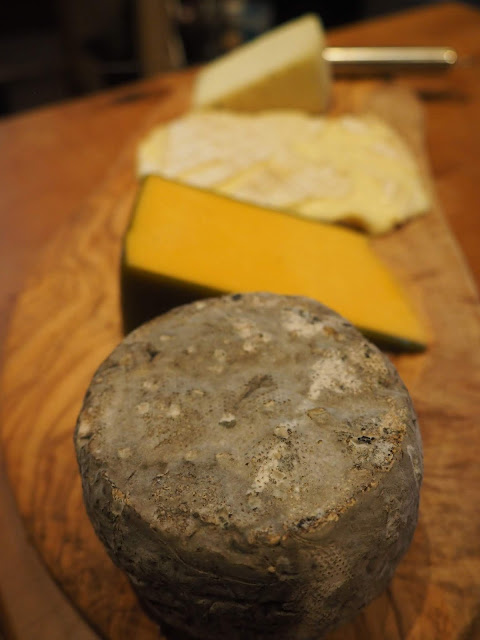 Posted by GeoffNIcholson at 12:30 PM