I was thinking about Enid Blyton, the way you do.  When I was a kid I really used to enjoy her books even though they depicted a world that was very strange to me.  That may have had a lot to do with the English class system.  And now I wonder if it was the strangeness that I actually enjoyed.
I do remember the characters were always having picnics – our family never had picnics. This illustration by Eileen Soper seems to say it all: 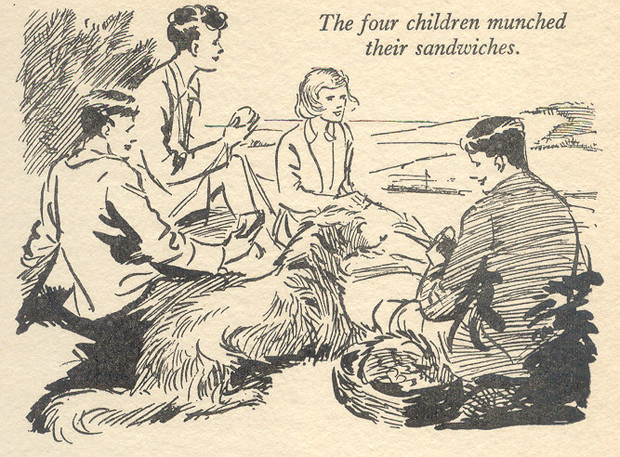 Today, of course, I do wonder what was actually in those sandwiches.
And then this picture popped up on Facebook, posted by Howard Rodman.  It’s by Berenice Abbott, and shows McSorley's Ale House, on East 7th Street, in Manhattan. 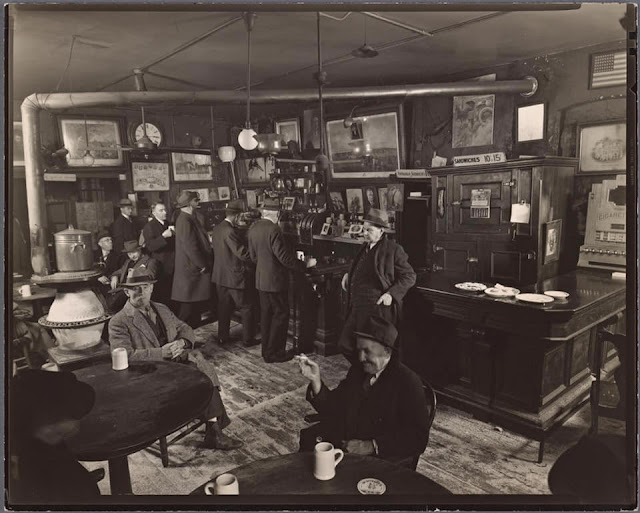 The thing that really caught my eye was that sign on the wall offering sandwiches for ten cents and fifteen cents, with no mention of what was in them.
McSorley’s is still there and I did go there once in the 1990s, I remember that across the street there was an empty lot with rats running all over it, and there was a white DeTamaso Pantera parked in front of it. The latter was far more suprising than the former. 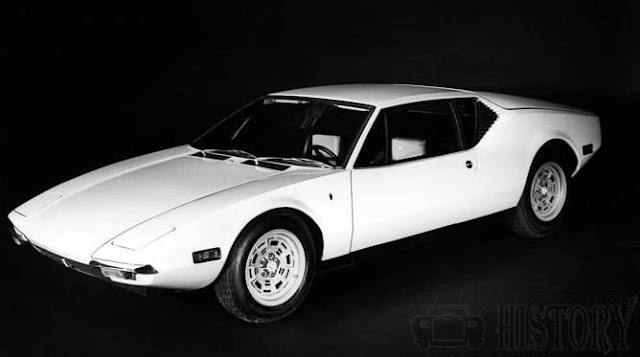 And I managed to find this more or less contemporary photograph of McSorley’s. The sandwiches have gone up in price but at least they tell you what’s in them. 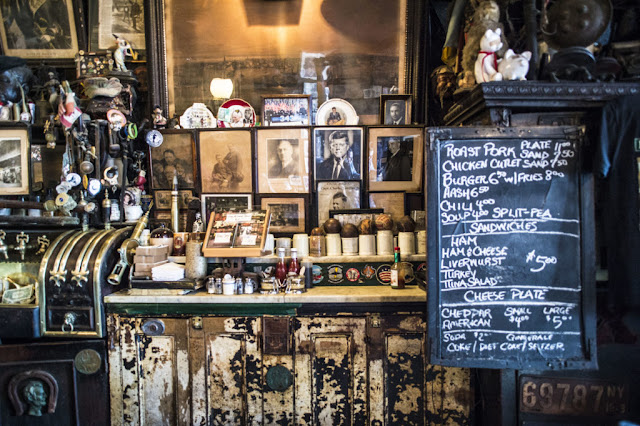 Posted by GeoffNIcholson at 5:50 AM