WHO ATE ALL THE PIES (VERY QUICKLY)

Look, here in the Psychogourmet Test Kitchen we are not body fascists and we’re certainly not body-shamers.  We like our pies, and we could all afford to lose a good few pounds. 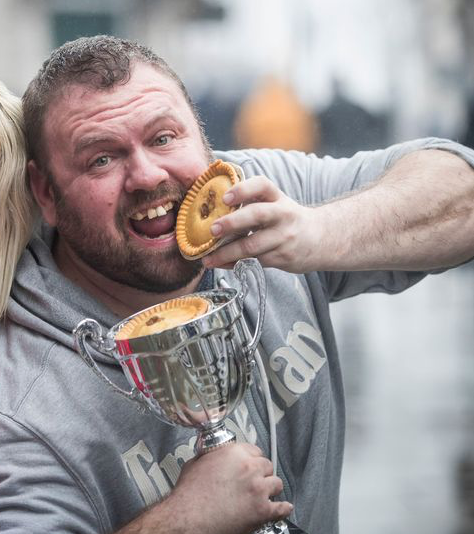 So when we see (above) a picture of the winner of the World Pie Eating championship, held in Wigan earlier in December – that’s Martin Appleton-Clare who ate a chicken pie in 19.58 seconds - we’re far too accepting to question whether his vocation might be having an unacceptable effect on his body.  We know that every true champion puts his or her body through unimaginable stresses. 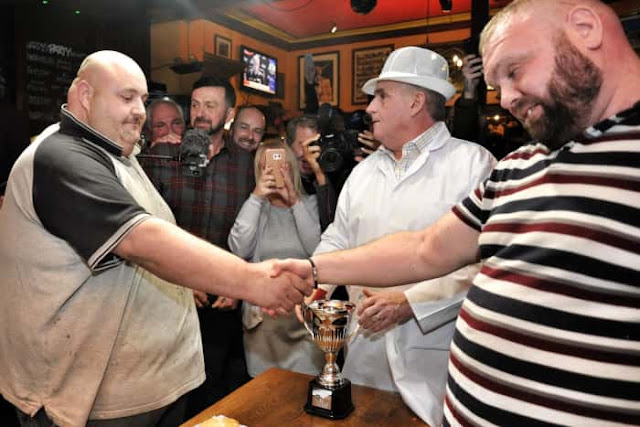 To be fair, the runner up Ian Gerrard – the one above on the left - looks as though he may have suffered even more than Martin Appleton-Clare:

Compare and contrast with Sonya Thomas, of Alexandria, Virginia, AKA The Black Widow. 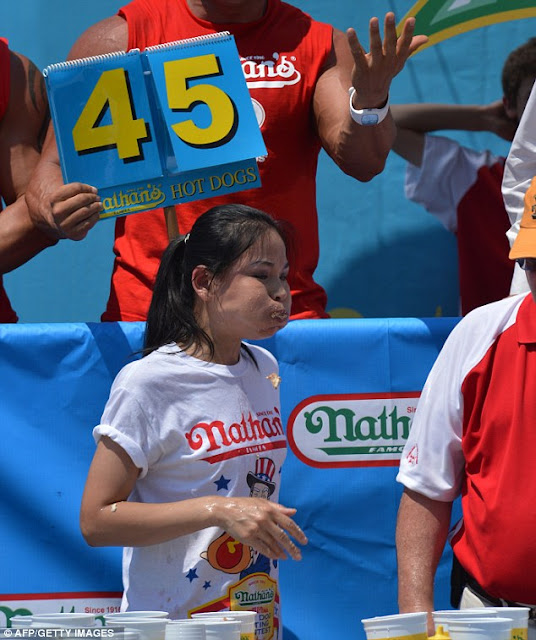 She’s the winner of multiple eating contests, holder of multiple records, including eating Nathan's hot dogs,  eating five and three quarters pounds of deep fried asparagus in 10 minutes, eating 43 soft tacos in 11 minutes, and eating 65 hard boiled eggs in 6 and a half minutes.  All of these sound like very hard work and the hard boiled eggs just sound like absolute torture.
Even so, Sonya Thomas weighs 100 pounds and is 5 foot 5 inches tall.  Just sayin’.
Posted by GeoffNIcholson at 10:16 AM