You know how it is that first morning after you’ve arrived in a new place: you go out looking for breakfast, full of hope and optimism, ready to plunge into the new, alien culture, and somehow you end up eating in some incredibly peculiar place you’d never usually go to, that you’ll never go to again, eating food that you’d never usually order.  The place and the food may be perfectly good but it’s never what you were looking for.
And so on my first morning in Tokyo I staggered out onto the streets – thinking I was far too cool to eat in the tourist hotel – and I wandered around Shinjuku, monoglot, and with a map that proved to be even more confusing than the reality, looking for somewhere to have breakfast.
I’d heard that the food halls of department stores were great places to find good food, and I managed to locate several department stores, but because I was wasn’t yet operating on Japanese time, I was far too early and the stores wouldn’t be opening for another couple of hours.  But, desperate and jet-lagged as I was, I eventually found a place that was open, a bright airy place in a mezzanine adjacent to one of the closed department stores.  It was a nice enough café, perhaps a little bit twee, and it was selling mostly cakes and pastries, and while I would have been happy to go native with rice and raw fish, I wasn’t really in the mood for moji or sponge cake.  In fact the only non-sweet thing on the menu was a croque monsieur, which I duly ordered.  It came with a ramekin of Japanese pickles and was rather good, but it wasn’t, by a million miles, the way I’d expected to begin my Tokyo food experiences. I was reminded of this at the weekend because I had another croque monsieur – I certainly hadn’t had one since that time in Tokyo.  This was at Figaro, a very decent, very authentic French café in Los Feliz.  Madonna did a photoshoot there for Louis Vuittton, like this: 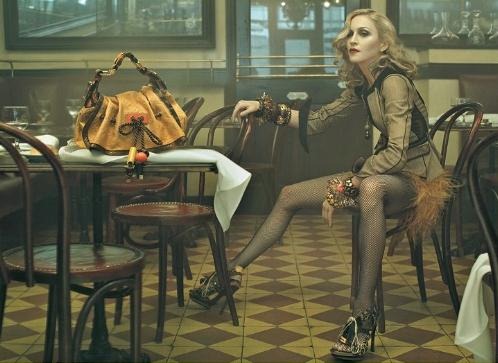 The Figaro croque monsieur was a good and very large example of the breed (and yeah, that's a caesar salad on the side), but you know for all its Frenchness and authenticity, I don’t know that it was a whole lot better than the one in Tokyo.  I certainly could have used a ramekin of pickles. 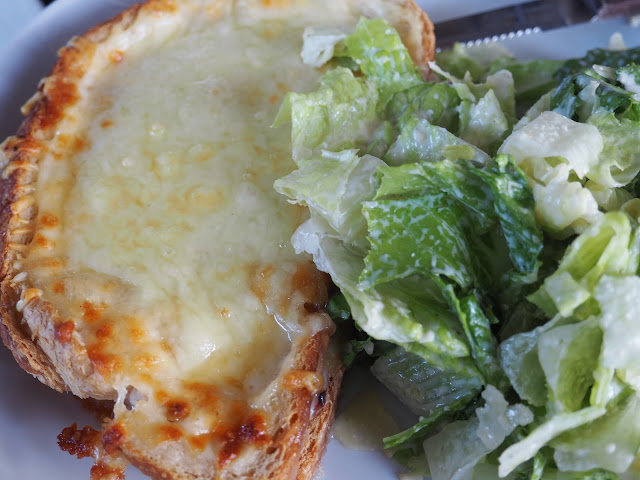 Posted by GeoffNIcholson at 7:19 PM