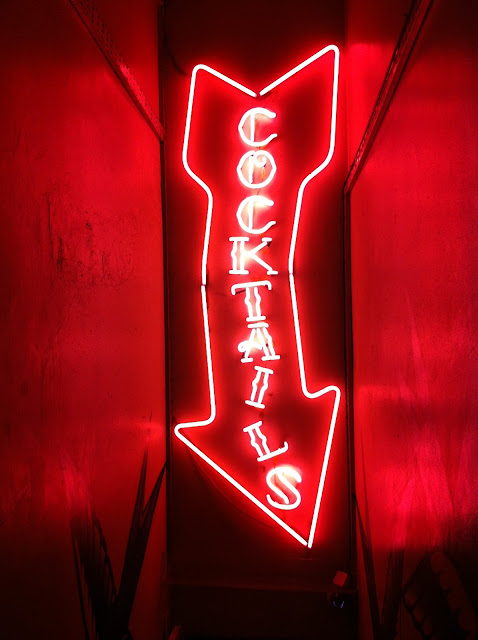 You know, until a few weeks back I could have said I was a truffle oil virgin.  Maybe a dribble had snuck in here and there in some restaurant or other without my knowledge, but I’d certainly never undergone the full ravishment.  And really all I knew (and to a large extent all I still know) about truffle oil I learned from the TV cooking show Chopped.  Whenever a contestant uses it in a dish the judges howl and pull faces as if they’ve been served turds on toast. 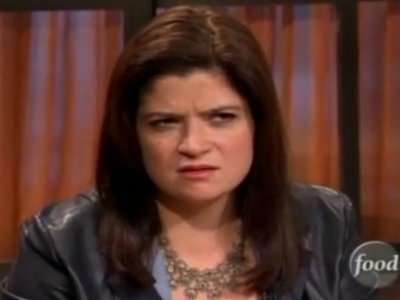 But as fate would have it I recently stumbled into the London Cocktail Club, in Shaftesbury Avenue, a place where this kind of thing goes on:

It was late-ish, and I was feeling devil may care, and frankly the place was so dark you could barely read the cocktail menu, and so I ordered a “Dirty Truffle Martini.” 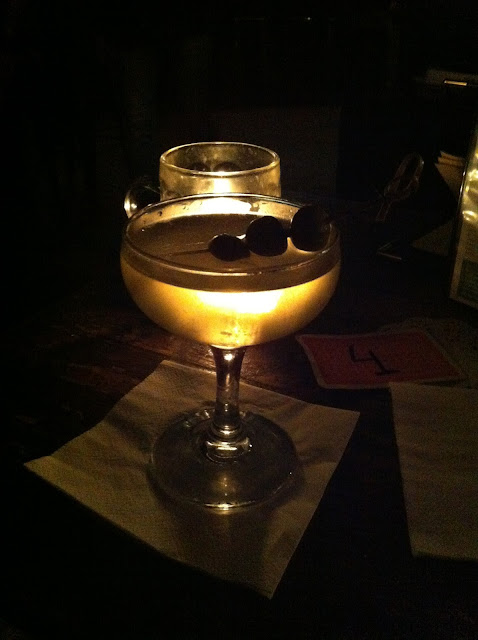 I couldn’t really taste the truffle oil, but that might be because I don’t really know what truffle oil tastes like, and in fact the drink just tasted like a salty vodka martini, which is perfectly fine, if a bit steep at ten quid, and I felt perfectly fine, but can't say I felt a "bit posh."

Still, if you really want to push the boat out there’s always the “Fountain of Truth” for 200 quid – serves 28 supposedly:

I suppose that works out at less than a tenner a head and might therefore (conceivably) be considered a bargain, although I haven’t been able to find a picture of it.  I hope it comes looking like this, but I suspect it doesn’t. 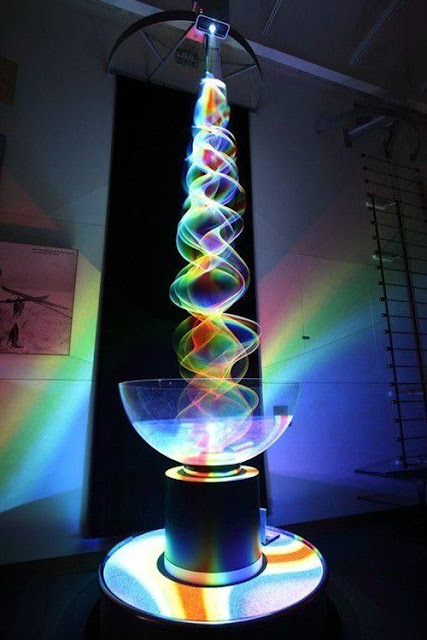 Posted by GeoffNIcholson at 8:53 PM