THE BEETS GO ON 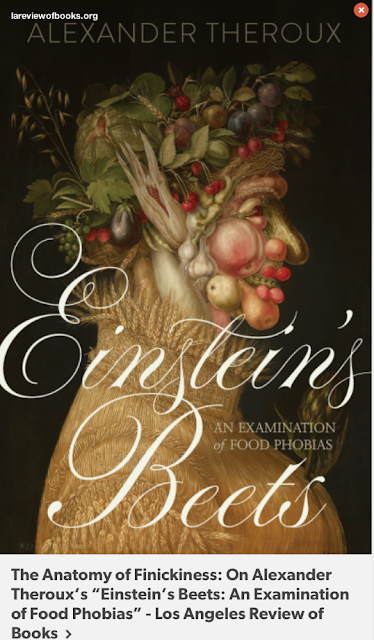 TO BEGIN WITH the obvious question: Does the world need a more or less 800-page book on food phobias? Beats me. But the answer is in any case moot because, despite his subtitle, Alexander Theroux has written something rather different, more interesting and grander than that.

A phobia is generally considered (I’m quoting Merriam-Webster here) “an exaggerated usually inexplicable and illogical fear of a particular object, class of objects, or situation,” and certainly Theroux writes about those who suffer from (and let’s face it, sometimes celebrate) this condition, though he also tries to explain the “inexplicable.” Moreover he demonstrates that the distinctions between phobia, dislike, simple preference, aversion, obsession, and mere squeamishness are inevitably blurred. He’s concerned with food fetishes, fixations, fashions, food snobbery, and inverted snobbery, with food as a marker of class, status, and self-definition. He presents a parade of faddists, would-be revolutionaries, nutritional autocrats, cranks, and a few well-meaning folk with dubious ideas.

Inevitably the book contains a good deal of what we might call “food trivia,” although I’m sure the author would rightly insist that these matters are anything but trivial. This is a serious book. But that doesn’t mean we can’t have some fun along the way, starting with the title: it derives from the fact that “Einstein famously hated beets,” though it’s a limited fame as far as this reader was concerned. Einstein was not alone: Michelle and Barack Obama hate them too, as does the food writer and occasional novelist Gael Greene. In fact, the book demonstrates that you’re extremely unlikely to be alone in your phobia, however singular it may seem: Alfred Hitchcock wouldn’t eat eggs — but neither would President Taft, nor will Whoopi Goldberg. Naomi Watts and Jennifer Anniston can’t abide caviar. Colson Whitehead can’t face ice cream having worked an ice cream stand where the “perk” of the job was all he could eat. 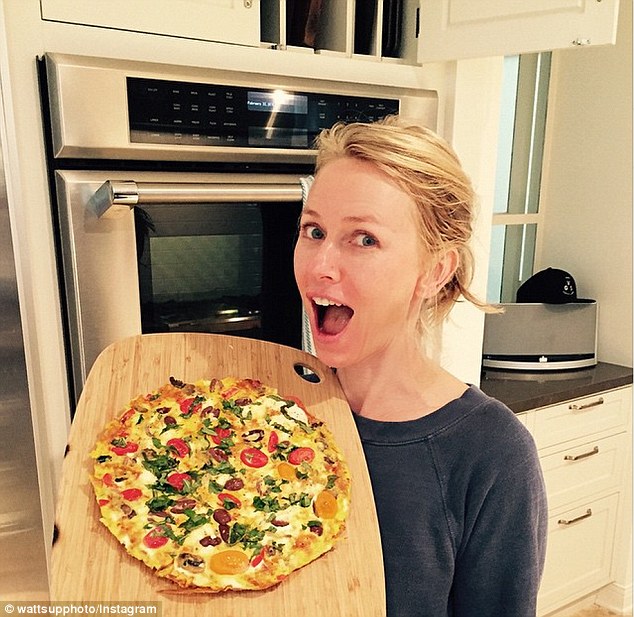 William Cobbett eschewed tea because it was “a destroyer of health, an enfeebler of the frame, an engenderer of effeminacy and laziness, a debaucher of youth, and a maker of misery for old age.” Mussolini didn’t eat mashed potatoes because they gave him a headache. Idi Amin doesn’t seem like he’d have been a fussy eater, but he had his limits, “I tried human flesh, and it is too salty for my taste.” Of course the reader can’t be sure if this flesh was raw or cooked: if the latter, then surely the saltiness was the fault of the cook. There is also some speculation about whether Amin was actually speaking the truth or just buffing up his image as terrifying despot.

Prince (the purple one) didn’t like to eat much of anything, but he particularly disliked mushrooms, feta cheese, and onions, although when he let Heavy Table look is his fridge there were 18 jars of mustard in there, and he explained, “I don’t collect it, but LOL yeah there’s a lot in there.” Incidentally, Thomas Love Peacock, the 19th-century novelist and official of the East India Company, judged an inn by its mustard pot: if he didn’t like the look of the mustard he’d leave the place.

These unlikely connections across history and culture, surprising, entertaining, sometimes free associative but not exactly random, are what give Einstein’s Beets its special flavor and appeal. Theroux’s scholarship is wide ranging and digressive, drawing on a quirky, specialized knowledge of history, literature, the higher gossip, as well as pop culture. There’s even an unexpected “compare and contrast” between food attitudes in Star Wars versus Star Trek.

The book also contains much that is genuinely informative and educational. Who knew that T-bone steak became the vogue in South Africa after Archbishop Desmond Tutu pointed out that its shape resembled that of the continent? Who knew that celery, parsnips, figs, and parsley contain high levels of fucoumarins — “potent light-activated carcinogens”? How many of us are familiar with the philosophical poem by John Heywood (1497–1580) “Of Books and Cheese”? Well, I am now: it’s a good read.

Actually, cheese does seem to have the particular power to cloud men’s and women’s minds. Which is why Mitt Romney, when on the road running for president in 2011, though he ate a lot of pizza, always took the cheese off. T. S. Eliot declared “never commit yourself to a cheese without first examining it.” And Courtney Love, who hates cheese, calls it “sour milk LARD.” Like that’s a bad thing? 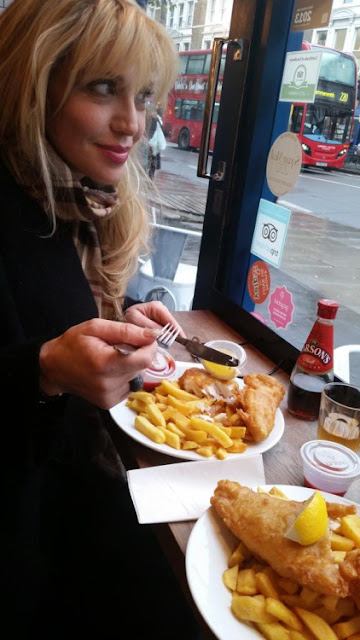 From time to time I was reminded of Robert Burton’s The Anatomy of Melancholy, similar in its baggy, overstuffed, eccentric, encyclopedic qualities, with the author by no means restricted to his alleged subject. Theroux’s book has something of the magnificent folly about it. He tells us Brief Lives, John Aubrey’s gorgeously chaotic collection of biographies, is one of his favorite books: no big surprise there. 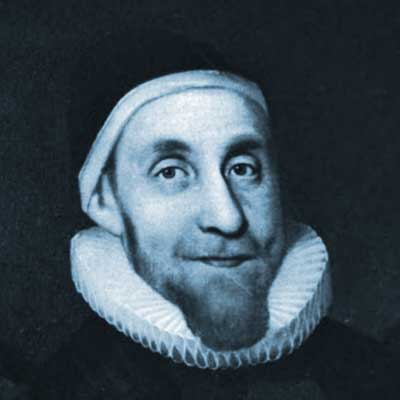 The index of Einstein’s Beets is in itself a thing of wonder (if not of absolute accuracy): Angelina Jolie is there next to James Joyce, Jennifer Lopez next to Lord Byron, Homer next to J. Edgar Hoover next to Bob Hope next to Gerard Manley Hopkins. (Full disclosure, I should say that I too appear there, lodged somewhere between Isaac Newton and Friedrich Nietzsche.) 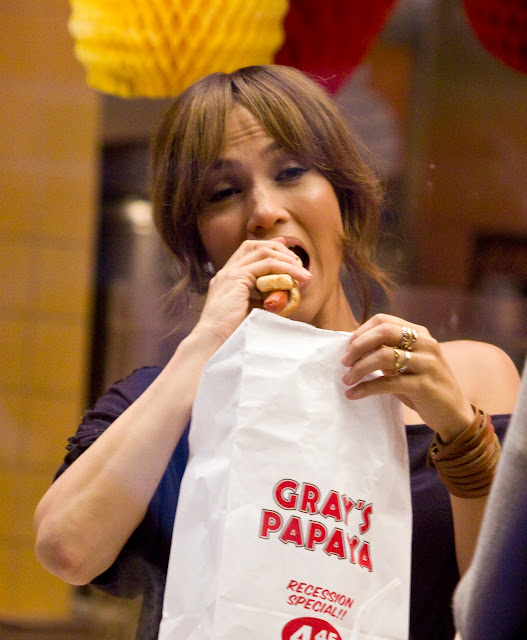 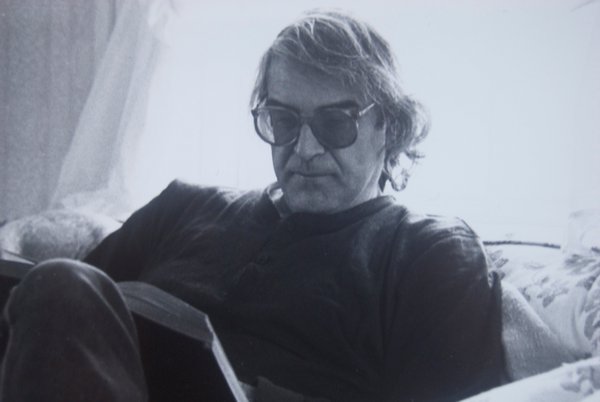 Theroux emerges as quite a character, perhaps his own literary creation; irascible, opinionated, easily distracted, with a lot on his mind. He doesn’t do political correctness, hardly a shock to readers of his earlier works, and that may be an objection for some, though it would be a very sour individual indeed who could keep an entirely straight face at some parts of his chapter titled “Liberace’s Sticky Buns, or How Gay is Your Food?” which reaches an apotheosis in a description by Neil Patrick Harris of his visit to an Asian restaurant in Montreal where he ate “acupunctured snapper.” Theroux quotes Harris as saying, “It’s snapper that has been caught and then killed in a way that is very calm — the fishermen insert needles so that the trauma of death is avoided and the cut is really tender.” I’d have thought this must be satire, but apparently not. The information comes from an interview in Bon Appétit, a magazine not much known for its zesty sense of irony and subversion. 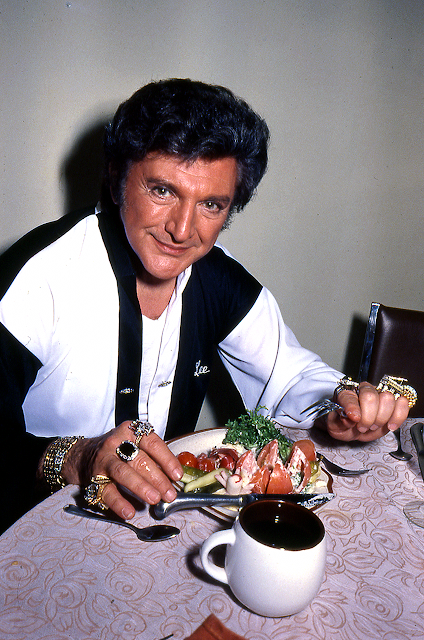 Theroux meanwhile does a very nice line in casual, personal abuse. Bill Cosby is “the moronic, face-pulling jester/rapist.” Andrew Zimmern — he of Bizarre Foods fame — is “[s]calp-bald, beaky and voracious, he has the head of a California Condor, except that the body is that of a manatee.” Diana Vreeland whom he despises for her snobbery (she once said, “I loathe native food”) is “[t]all, loud, brash opinionated, and as homely as an empty glass of buttermilk.” Both Ogden Nash and Elaine Dundy are dismissed as poetasters. Mahatma Gandhi was a “peevish foodie,” P. J. O’Rourke a “would-be humorist,” Dick Cheney a “sour ball and satanic creep.” He isn’t always politically incorrect. 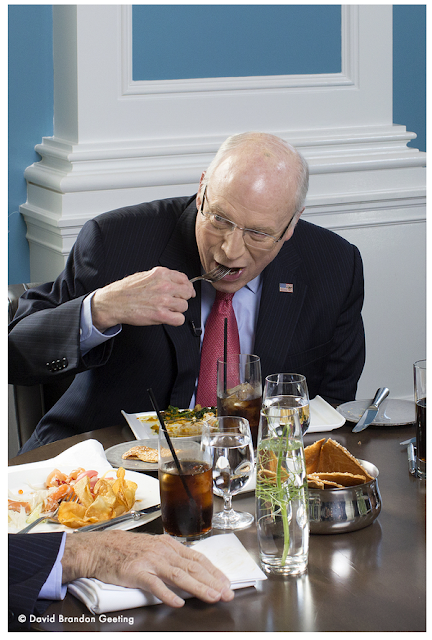 Joan Didion the “cadaverous novelist” and a “frail, querulous near-dwarf” comes in for special treatment. The dislike here (and it does seem downright phobic) surely has more to do with her writing than her eating habits, though Theroux takes time to pour scorn on her “personal cookbook” — “a bunch of astonishingly unoriginal recipes.” And he finds a surprising ally in Angela Carter — “Although I am a card-carrying and committed feminist,” she writes, “what I would like to see happen to Joan Didion’s female characters is that a particularly hairy and repulsive chapter of Hells Angels descend upon their therapy group with a special squeal of brakes and sweep these anorexic nutters behind them despite their squeaks of protest.” Ouch, in all sorts of ways.

Being an equal-opportunity abuser, Theroux also directs some venom at his own brother, “Dear Paul who is also compulsively and self-admiringly forever the steadfast, brave, and unwavering hero of his own books, both fiction and non-fiction.” He also casts doubt on Paul’s claims to have eaten owls, sparrows, and beaver, among other rarities. 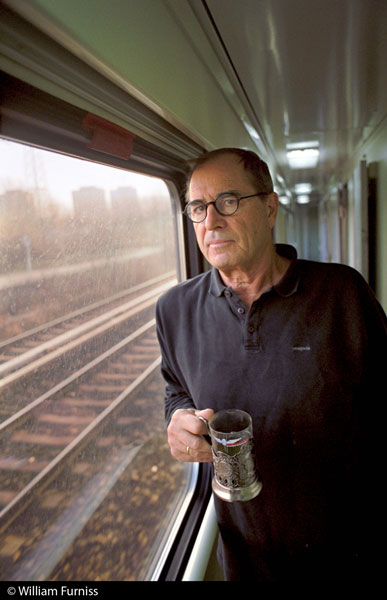 As for his high seriousness, there’s a polemical section about the Israeli government’s policy to restrict the amount of food going into Gaza, and he quotes Dov Weisglass, senior advisor to (now-disgraced) Prime Minister Ehud Olmert, as saying they were “putting the Palestinians on a diet but not to make them die of hunger.” There’s also a pretty sharp analysis of Hillary Clinton’s political disingenuousness, in her refusal to express any food preference whatsoever, declaring that “all food is good,” presumably for fear of offending anyone. Trump is simply dismissed (the book was evidently written before the election), not least because Trump’s a man who will eat a whole bucket of chicken with a knife and fork. 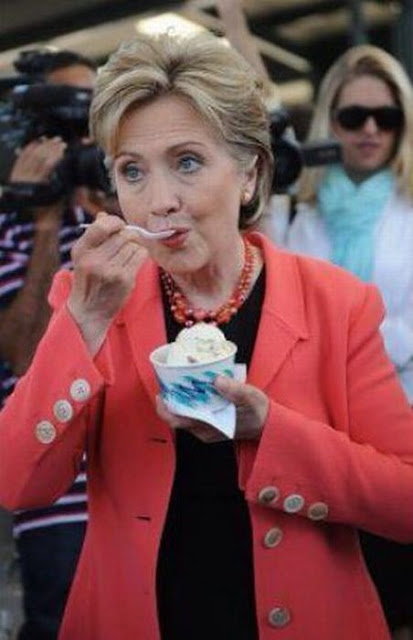 But above all the book is an attempt to understand the various meanings that attach to eating and food, not only, or at least not narrowly, in terms of phobias and aversions. It may be a cliché to say that we are what we eat, but it’s true enough. And perhaps we’re even more defined but what we don’t eat, or what we refuse to eat. Theroux writes: “A negative chic attaches to refusing something outright. The act of spurning acquires a kind of power. It gives advantage, dominance.”

Well yes, most of us carnivores have ceded power to the vegetarian at our table, haven’t we? And most of us, however omnivorous, have probably turned up our nose at mom’s cooking in order to assert our independence. Theroux has a chapter titled “We Inhabit the Universe of Mom.”

Not that it’s only about mom. In a different chapter, titled “Hearst, Hebrews, and Hydrophones,” he offers a convincing analysis of Kafka’s “The Hunger Artist.” Kafka may or may not have been suffering from anorexia nervosa, but he was certainly suffering from a troubled relationship with his father. Theroux sees the repudiation of food in this short story as an example of self-cancellation. “The Hunger Artist controls the one thing that he can,” and later he adds, “I have often thought that in extreme cases the food a person selects to dislike might very well be an objective correlative of his or her guilt, the projection of an inner demon.” The hunger artist “selects” to dislike everything. 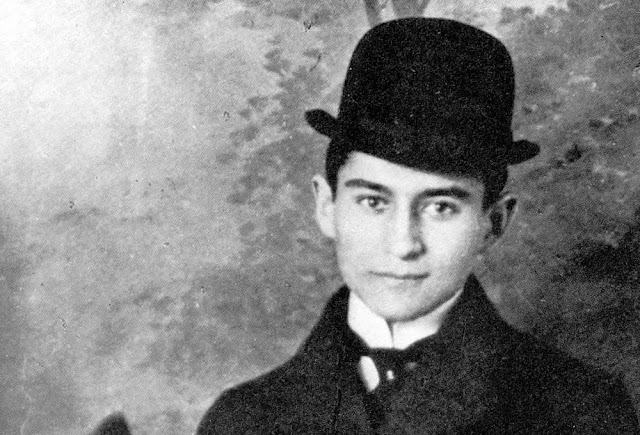 Elsewhere in the book Theroux writes, “resistance, outward and inward, is nothing less than a whispering answer to our need […] The struggle is for freedom,” although of course it may well end up as a kind of enslavement. The last line of the book asks: “Why can’t food have its own devils?” But by then, Theroux has proved that it can, it does, and probably it must.

So to return to that opening question, does the world need an 800-page book on food phobias, as well as dislikes, simple preferences, aversions, obsessions, squeamishness, food fetishes, fixations, fashions, snobbery, and inverted snobbery? Simple answer: Damn right it does — and with Theroux at the helm, you can’t help wondering why it wasn’t a thousand, two thousand pages long. Some of us will be eagerly awaiting an expanded edition.
¤


Geoff Nicholson is a novelist and nonfiction writer and a contributing editor at LARB.

Posted by GeoffNIcholson at 1:49 PM