THE GRAPES OF RATHBONE

First of all I came across this: 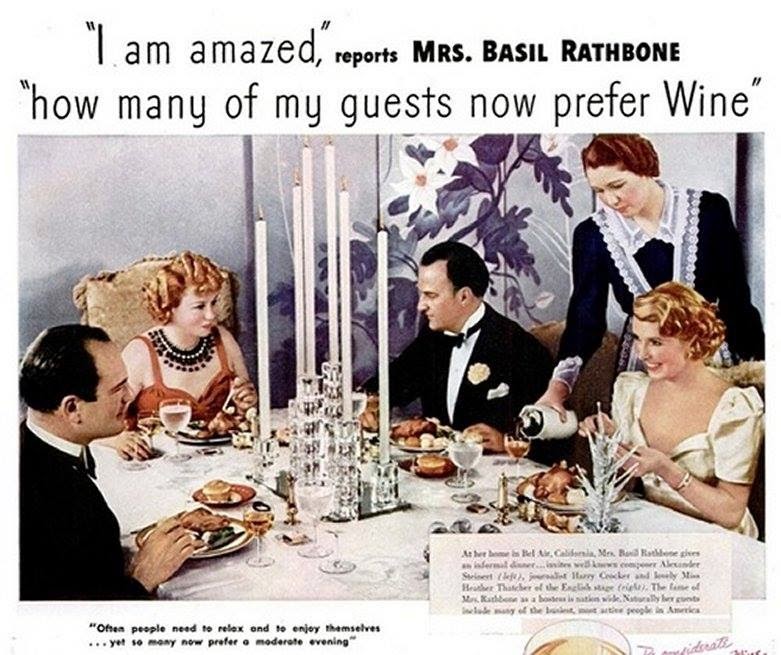 A few observations: 1) note how Mrs. Rathbone’s advertising copywriters felt the need to capitalize Wine,  2) man, those are some long candles, 3) how come her husband isn't at the dinner party?   Perhaps he was busy elsewhere. I've discovered that Basil Rathbone, usually without his wife, was prepared to put his name to a great many things, including (among others) Schafer Beer: 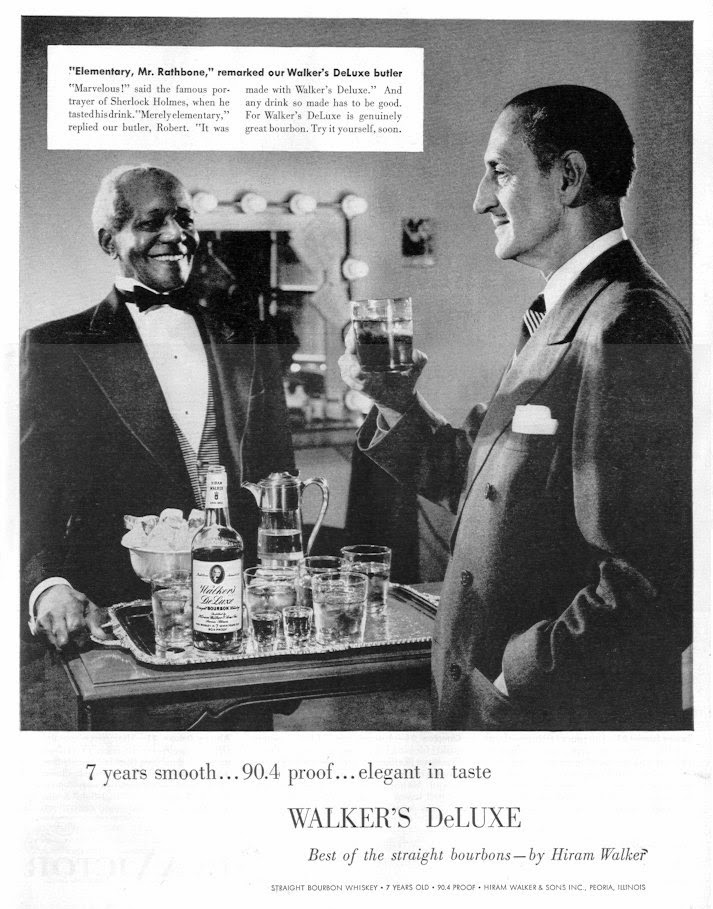 and even, good lord, Shredded Wheat: 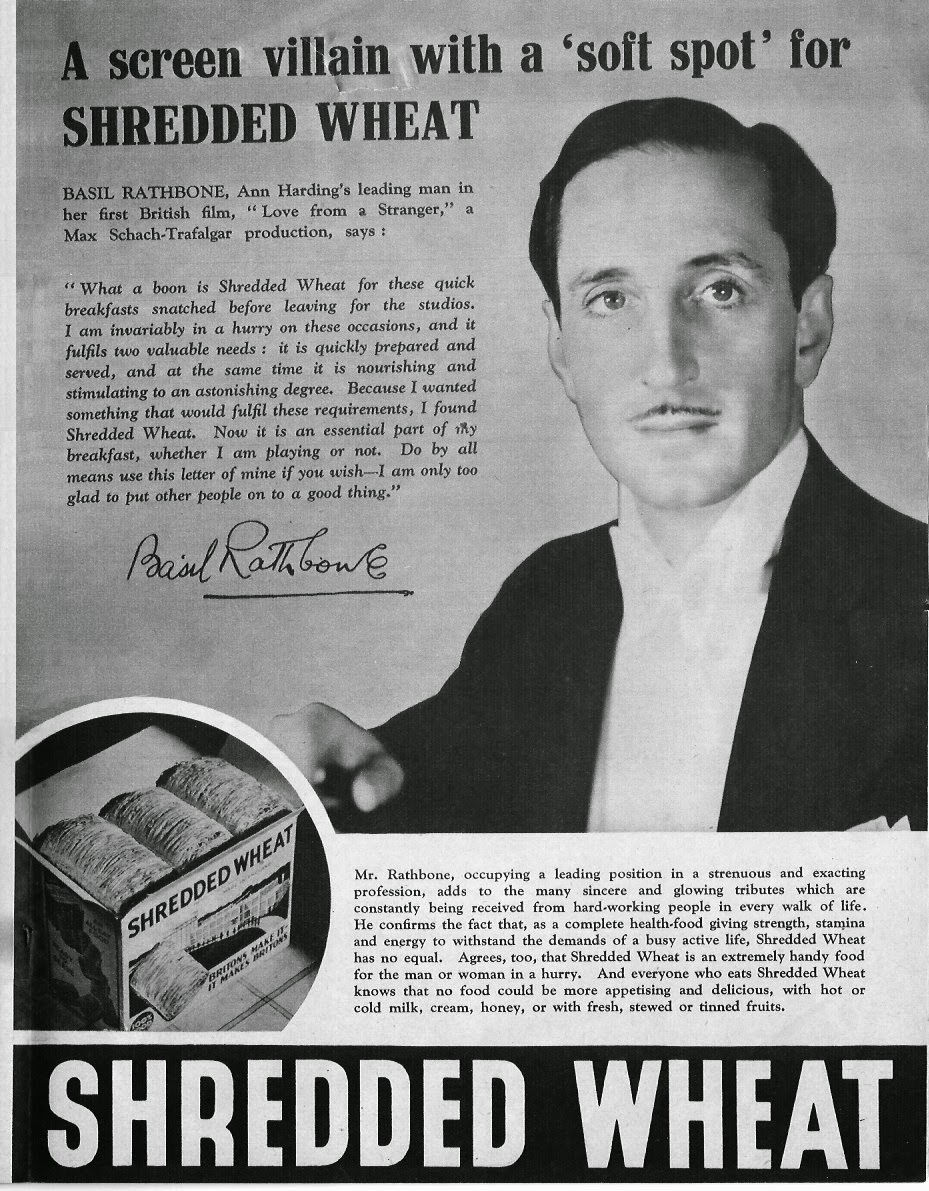 And here he is in the studio commissary at Paramount with Angela Lansbury, during the filming of Court Jester:  Burger for her, and (maybe?) Salisbury steak for him.  (The photo’s by Alfred Eisenstaedt, from “The U.S. Goes Out to Lunch,” in Life magazine, 1955): 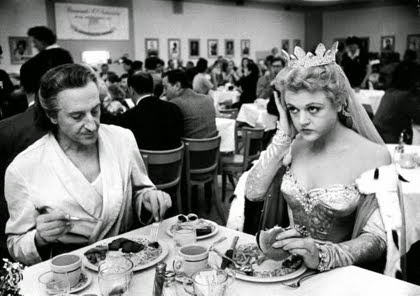 And here’s Rathbone as Richard III in the movie Tower of London, drinking opposite Vincent Price, who plays Clarence and (as we know but he doesn’t) is about to be drowned in a butt of malmsey. 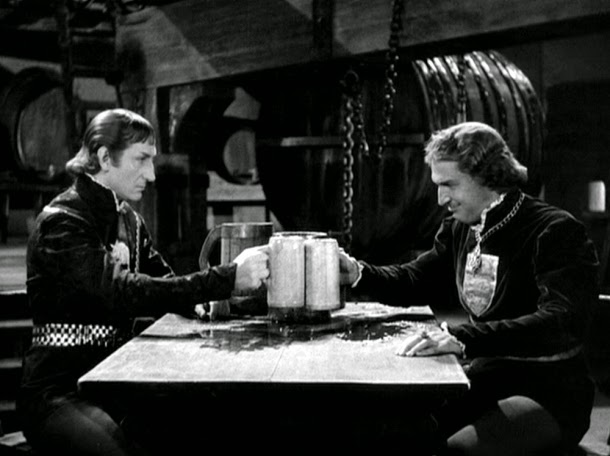 Meanwhile, I discover, there’s such a thing as the Basil Rathbone Cocktail;  actually several things, and I’m pretty sure that the man himself never had anything to do with them. The Buccan restaurant’s version in Palm Beach, Florida is made with gin, orange juice, mint, basil and strawberry: basil – you see? 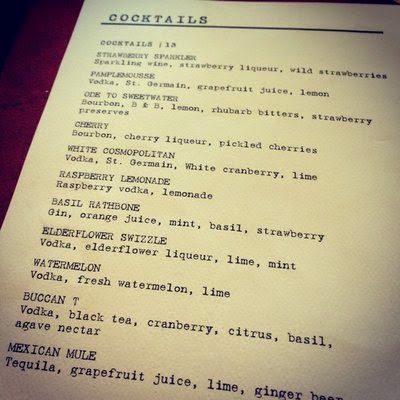 The version at the Shadowbrook restaurant in Capitola, California, (and no I’d never heard of Capitola either) contains vodka, lime juice and basil. 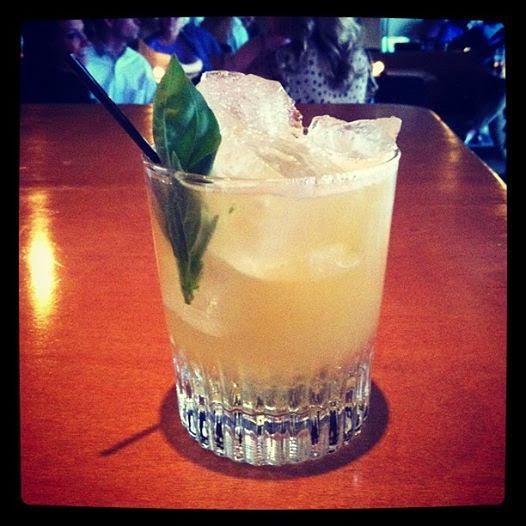 Yes, yes – we get it - they all contain basil.  Seems a little overdeterministic to me.  God knows what they'd put in a Dick Powell Cocktail. 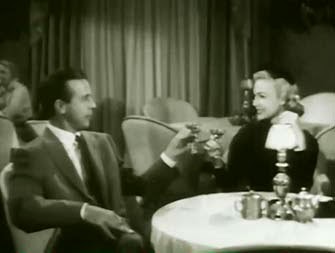 But in the case of the Rathbone, couldn’t they make a bit more effort and built a cocktail using, say, bones? My spies in New York tell me that bone broth is the current next big thing sweeping the metropolis, and that a restaurant in the East Village called Hearth has a take out window selling the stuff.  Add a slug of booze and a sprig of basil and you’re in business, right? 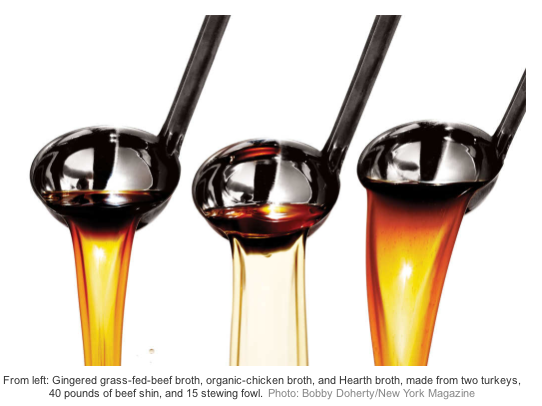 Posted by GeoffNIcholson at 2:51 PM