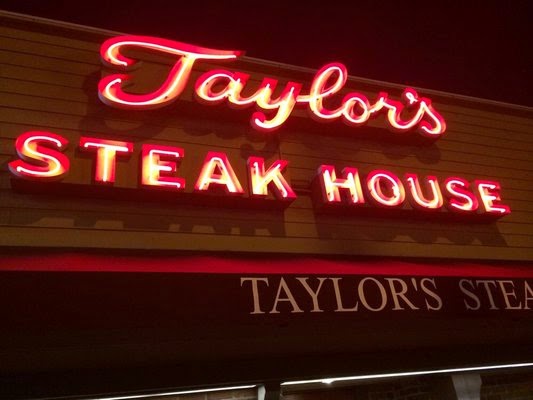 Is it a good thing to go into a restaurant and find that the back of the menu has a quotation from somebody you know?  This isn’t a rhetorical question – I honestly don’t know the answer.  The restaurant was Taylor’s (3361 W. Eighth St., Los Angeles), and we were there to celebrate the Loved One’s birthday.  The quotation was (and I suppose still is) from Jonathan Gold, and I since my memory isn’t eidetic I’ll have to paraphrase - something along the lines of: if you want a great French dip sandwich you go to Philippe’s, if you want a great steak you go to Taylor’s.  The menu, to be honest, was a careworn. 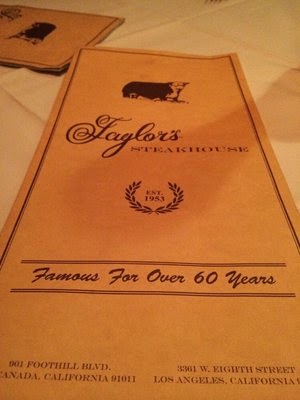 The quotation wasn’t dated and I haven’t been able to find it online but I have found JG’s review from the LA Weekly, from 2005 in which he calls it “a real urban steak house, a two-fisted meat-and-martini joint where an account executive can blow his Pritikin thing with massive hunks of well-aged sirloin ... The filet mignon here is soft, buttery, as rare as you order it, and crusted with char; the New York steak is beefy and rich; London broil, kind of stewy-tasting, comes sliced, with a horseradish and sour-cream sauce on the side. But the glory of Taylor’s is the culotte steak, a softball-shaped prime thing cut from the top of the sirloin. If you order it rare, the interior is scarlet, dripping juice, marbled with fat, full of the tremendous mineral sourness of great meat. It’s the steak that time forgot. “

I had to look up Pritikin.  Nathan Pritikin (August 29, 1915 – February 21, 1985) American inventor, nutritionist, and longevity researcher.  I had no idea, and certainly you can’t have complete confidence in a longevity researcher who only makes it to 70, not that 70 isn’t plenty, in my opinion.

The Loved One had a birthday urge for Prime Rib.  She’d had it Taylor’s before and it was very good, but this time we arrived at 7.30 on a Sunday evening. and the prime rib had run out.  To be fair, restaurants do tend to run out of prime rib.  We’ve been to restaurants where the prime rib ran out at six.  The thing we didn't have would have looked like this: 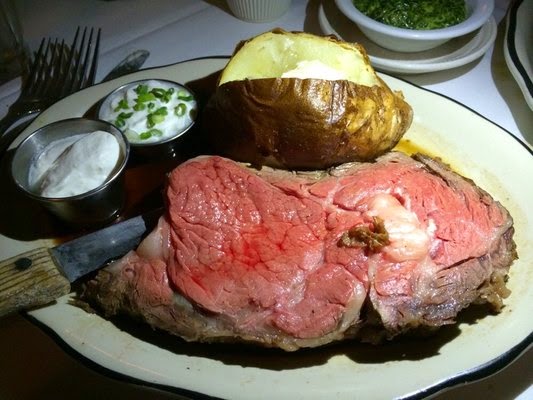 It was especially galling this time however, since we could actually see people on adjacent tables eating prime rib, and we could hear them talking about how good it was.  One of these tables did contain 20 or so people and you can see that if they all had the prime rib then no wonder it ran out. Still …

The Loved One had to settle for a Spencer steak, which claimed to be “well-marbled” but was not.  She claimed later that it was “a dry, pissy piece of meat” but that may have been the disappointment talking.  I had the culotte (even though I hadn’t read the review at the time) and it was evidently very much better than the Spencer, even if not quite the beef orgasm described above. 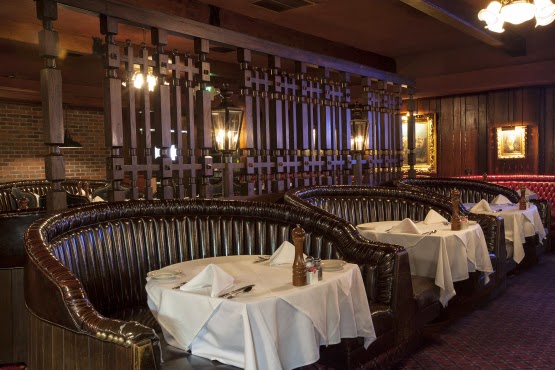 Taylor’s is still a two-fisted meat-and-martini joint and I particularly love the interior with its dark wood and (I think) leatherette, but I guess 9 years is a long time in the life of a restaurant.  Taylor’s doesn’t appear on Mr. Gold’s current list of his essential LA restaurants, and I’m left wondering whether he just went off it (which can certainly happen with any restaurant) or whether he went off it because it went off.

One bright spot: Taylor’s make their own potato chips, pleasingly big things that come in a basket.  Even a serious potato chip eater like myself still had plenty to take home. 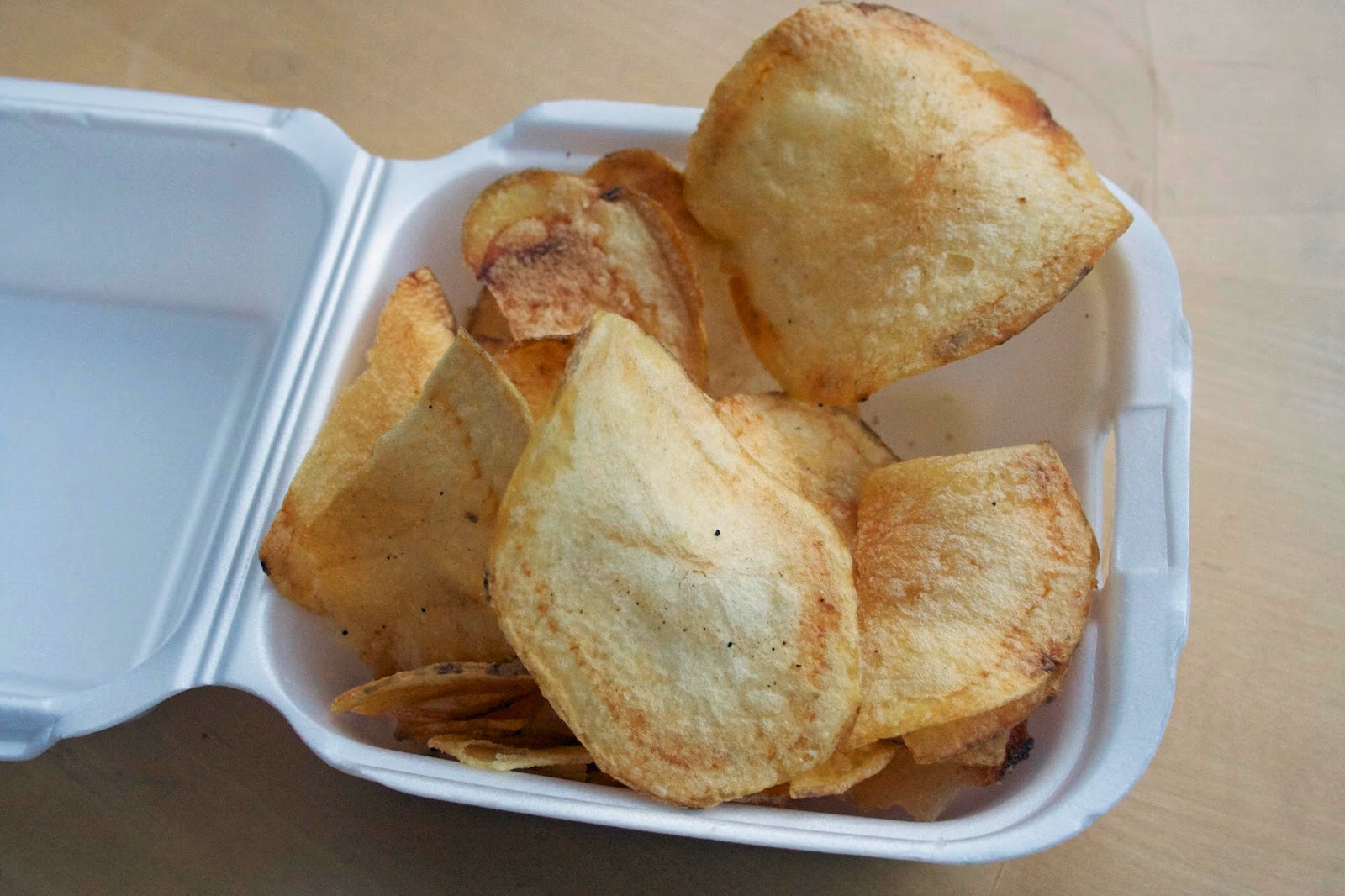 Posted by GeoffNIcholson at 11:42 AM