I was at a nearby Farmers Market t’other Sunday and there was a stall selling  mushrooms, and they had baskets of mixed mushrooms – and I’m a sucker for good mushrooms and at the other Farmers Market that I sometimes go to there’s a guy who sells the very best wild mushrooms.  Actually now that I think about it I'm not sure whether he just forages for them or whether he grows them himself; if the latter then I suppose they're cultivated  wild mushrooms, which may be a contradiction in terms.  In any case, the ones I was looking at, I was pretty sure, weren’t wild in any sense, but they looked interesting enough and I bought a basketful, which cost 8 dollars. 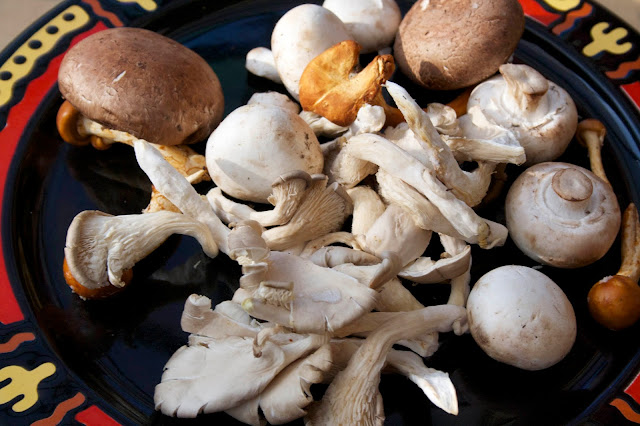 And I got them home and spread them out on a plate and although they still looked perfectly OK, they seemed a little less exciting than I'd imagined, and I couldn’t shake the feeling that the man running the stall might have just been into the local supermarket, bought a bunch of different kinds of mushroom and then arranged them in baskets so that they look artisanal.  I reckoned I could have done that myself and probably could have brought it in for less than 8 dollars.  On the greater scale of food annoyances this one was exceptionally minor, but still …

Actually the Loved One and I did briefly try to grow wild mushrooms. It involved drilling holes in logs and then filling them with spores.  It wasn’t our greatest success.  And the results certainly didn’t look remotely like this (well the logs did but not the mushrooms): 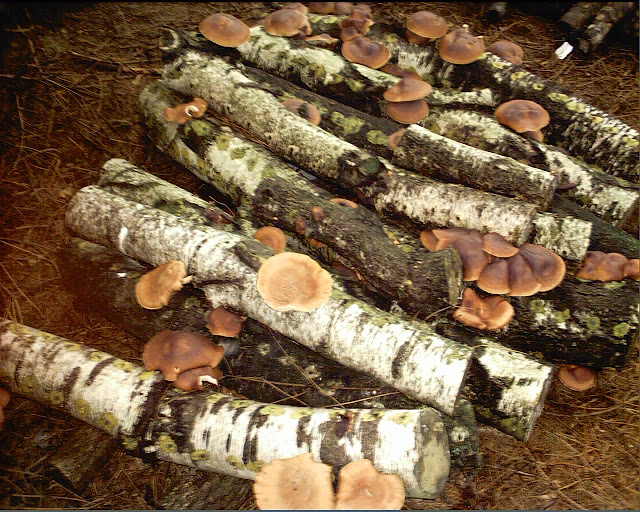 We concluded that you probably need a good cave before you can grow mushrooms successfully. But take a look at the guy in this ad: 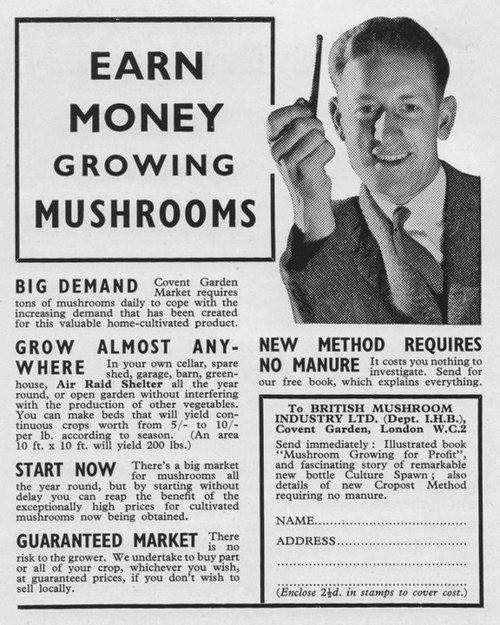 He’s earning big money, there’s no risk to the grower, and it seems perfectly possible, given the bold type, that he may even have an air raid shelter, even if not a cave.  Some guys have all the luck.

Posted by GeoffNIcholson at 6:59 PM