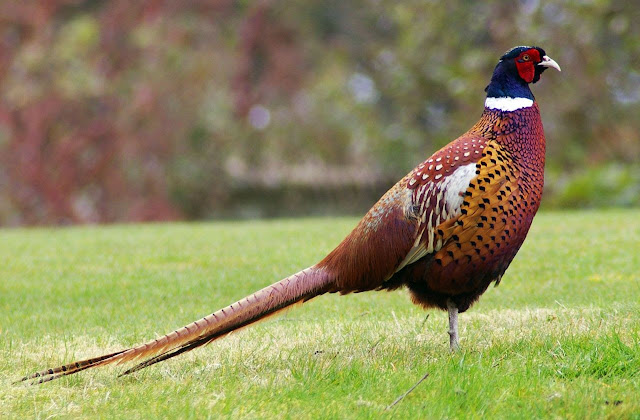 My old university college sometimes served pheasant stew, or I suppose casserole, for dinner.  If this suggests we undergraduates were a sophisticated and libertine crew, it’s worth saying that the number of complaints (none of them from me) was quite astronomical.  Many of them were about the presence of shot in the flesh.  This caused plenty of derision among the dons, with the suggestion that the college just wasn’t getting the caliber of students it once had. 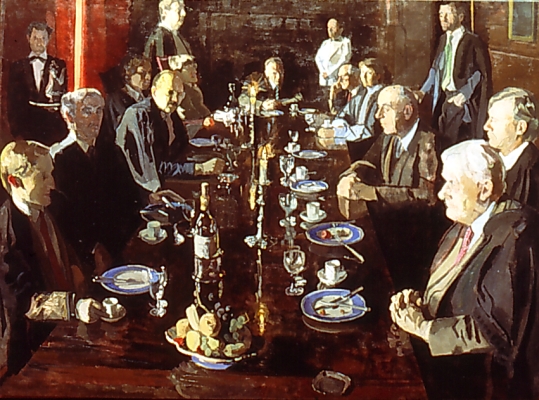 When I lived in Suffolk, long after I’d left Cambridge, pheasants used to roam in my garden, but I didn’t shoot of them.  I bought most of my meat at a butcher in Halesworth High Street, CA Palmer and Son, been there since 1947. 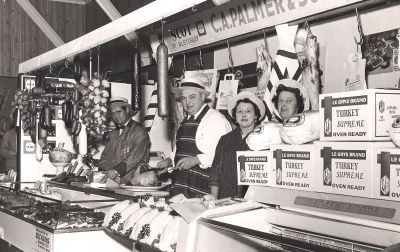 They had rabbits and partridge and pigeon too, but pheasant was my go-to game. I cut my pheasant into portions, fried it in flour and cooked it with bacon, apple, onions, carrots, a bit of brandy, red wine and a lot of herbs.  It was pretty good (though it wasn’t as dark or as rich as the version from my college), and I’ve been trying hard to remember whether I ever found any shot in it. 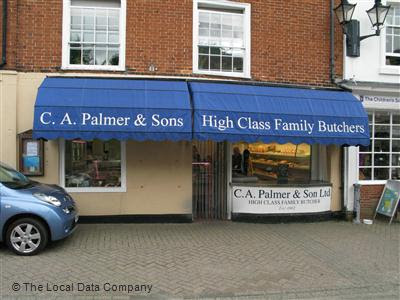 I just looked up the Palmers website and they say their game is “locally grown by our trusted local suppliers,” and that all their meat, poultry and game is “home killed.”  Well I suppose if some local farmer shoots a pheasant in his own field that’s pretty much the definition of home killed, but it all sounds to me as though the wording is deliberately unclear.

When I started living in America I assumed there’d be pheasant, and indeed every kind of game, available everywhere: venison, possum, bear why not?  So many Americans have guns, so many Americans hunt (certainly compared with the English) surely game meat would find its way into every local butcher.

Leaving aside the problems of finding a local butcher in the States, it seems that the Food and Drug Administration is fiercely against the buying and selling of game meat unless it’s been farmed.  This is done in the name of both public health and conservation.  Remember the buffalo. The picture below is "Taking the Hump Rib" by Alfred Jacob Miller. 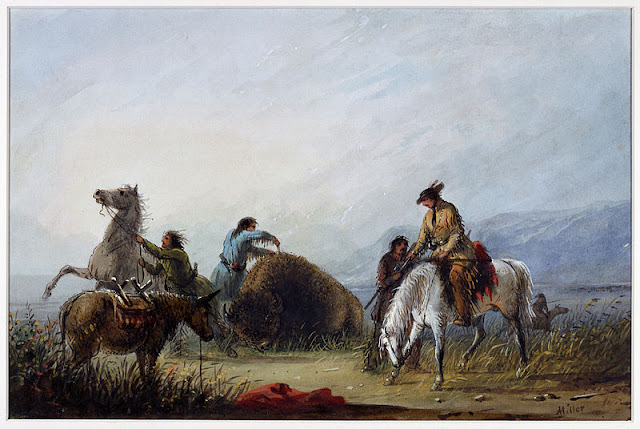 On the other hand if you shoot something yourself it seems you’re free to eat it to your heart’s content, and as far as I can tell, it’s perfectly legal to give meat to friends, or even complete strangers.  When I lived in upstate New York, a neighbor once showed up on the doorstep with a bloody bag of venison freshly cut (you couldn’t exactly say “butchered”) from a deer he’d just shot.  It made half a dozen pretty good meals.  These days I live in suburban Los Angeles, and I just don’t count enough mountain men among my acquaintances.

Anyway you can imagine my delight when someone, knowing my love of game and of sandwiches, sent me this wonderful ad from a World War Two magazine, celebrating the American Red Cross Canteen, based in the railway station at Aberdeen, Milwaukee.  It turns out that more than half a million service men and women ate pheasant sandwiches as they traveled through Aberdeen.  Pheasants were "donated" by locals,  sometimes a thousand at a pop. 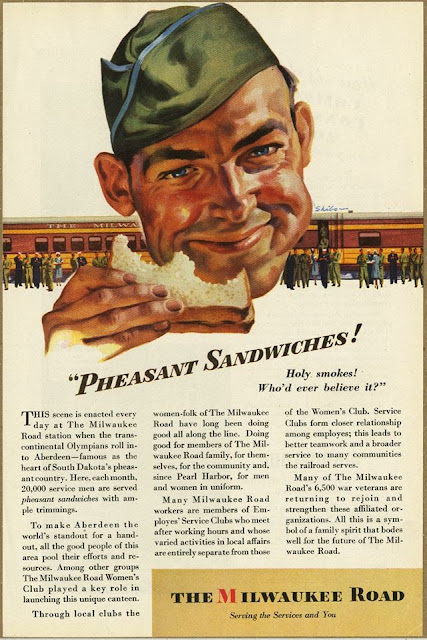 We even have the recipe: cooked, chopped pheasant (the chopping was very important – it was never to be ground), chopped hard boiled eggs, chopped carrots, grated  onion, chopped celery, sweet pickle relish, salt and pepper,  mayonnaise or salad dressing.
I have to say that the sandwich in that soldier’s hand looks as though it really doesn’t have very much filling.  But hey, there was a war on.  Holy smokes indeed.

Posted by GeoffNIcholson at 6:46 PM