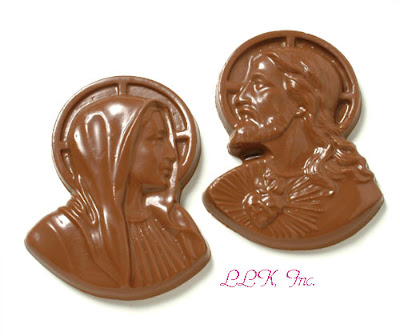 Say what you like about most modern Christians (and I realize there are exceptions, and I know it wasn’t always thus) but they know how to take a joke. Make a chocolate Jesus or put his face on a piece of toast and they don’t crusade against you because they’ve been “offended.”

This is a Good Thing, whereas, if you suggest to certain Jews that the food rules in Leviticus are a bunch of absurd, grumpy old man ramblings then you’re suddenly an anti-Semite.  Sculpt a bust of Mohammed out of butter and ... don’t even go there. 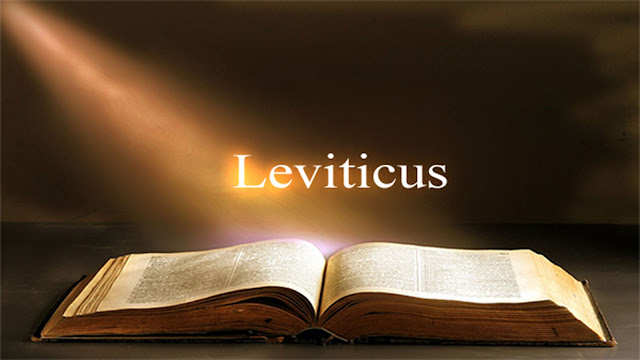 And the Buddhists?  Well, one of the Five Precepts of Buddhism warns against intoxicants cause they cause “heedlessness,” but these are precepts, not commandments.  If you’re a Buddhist and you want a beer with those potato chips, you go right ahead.  You have to make your own your way to Enlightenment. 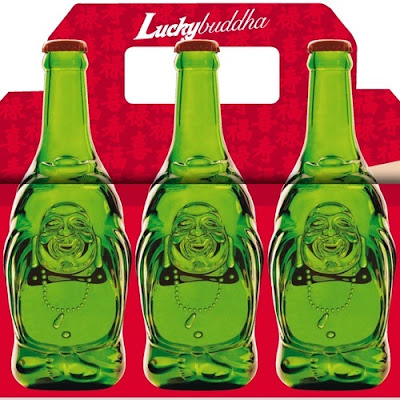 Which I suppose is why nobody has said they’re offended by Lucky Buddha beer, which comes in a bottle shaped like the Buddha.  They were selling it at a discount in my local supermarket, so I guess it hasn’t been a great success, and the beer is made in China, which of course makes you wonder if there’s melamine or something in there, but I can’t say this stopped me drinking it.   It tastes fine.  It isn’t the greatest beer in the world, but I wasn't offended by it, and you know, even if I had been, I could probably somehow have lived with that. 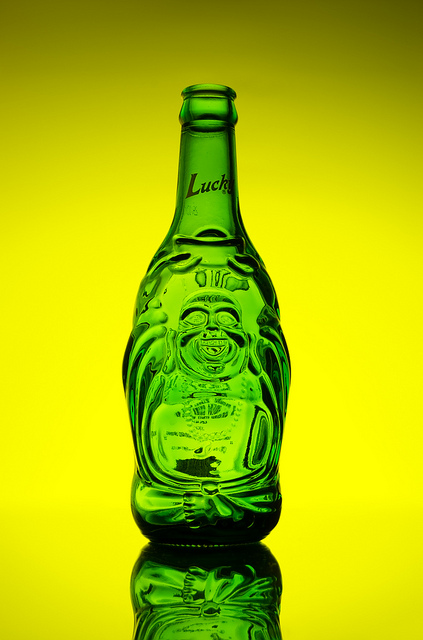 Posted by GeoffNIcholson at 3:51 PM