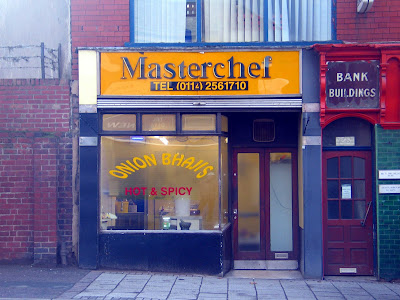 There are people here in America, and I’m sure elsewhere too, who like to think that England is quaint. Admittedly most of these people have not spent very much, if any time, in England. That’s why they imagine it’s a theme park of mock-Tudor tea rooms and roast beef restaurants, pubs serving hearty fare and good honest fish and chip shops. And these are the people who think they LIKE English food. 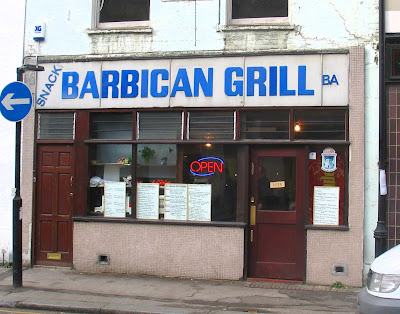 There’s also a home-grown fantasy about the classic English caff – there are websites devoted to these. The idea is that these places may be a bit rough, the crockery will be chipped, the cook will be surly, but the fry up will be fantastic. Well, only up to a point. It seems to me, as with George Orwell’s pub The Moon Under Water, that these great cafes are mostly fictional. 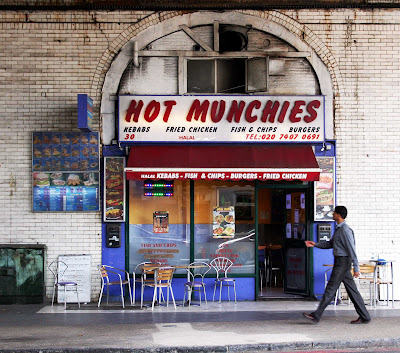 For some time while now, as an antidote to the idea that English eateries have charm, I’ve been photographing ones that scare the hell out of me. Maybe the food’s good, maybe it’s not, but in every case they’re a very, very long way from any notion of what a typical English restaurant is, or should be, like. And I guess that's not a bad thing. But who would have thought of, and who wouldn't love, an eaterie combined with a minicab office? 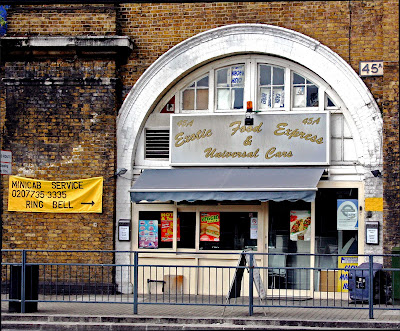 And I realize I said, a couple of posts back, that I thought English food was becoming a mite pretentious. Well not always, obviously. 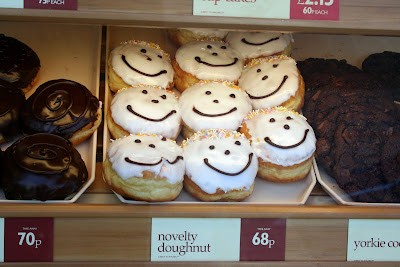 I loved these “novelty doughnuts,” proof, if proof were needed, that the English don’t always take their food too seriously, and also that the spirit of Martin Parr still exists in the old country.
Posted by GeoffNIcholson at 7:03 PM