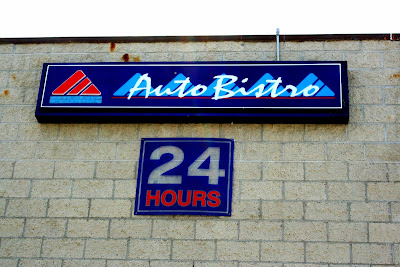 And just to prove that pretension comes in many forms, I happened to be in Oceanside, near San Diego and saw in the near distance a sign for a place called “Auto Bistro.”

Well, we know things can get eclectic in Southern California. “Bistro” suggested something French-inspired, where you might expect to get a plate of rillettes, some boudin noir and a glass of Chablis. 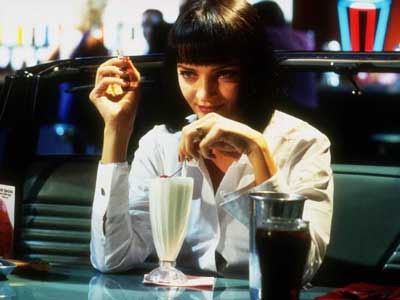 “Auto” partly suggested a kind of drive through or maybe something like Jack Rabbit Slim’s in Pulp Fiction where they eat in car-shaped booths, but also the old fashioned Automat where you put money in a slot and got a hot pie out of a machine. 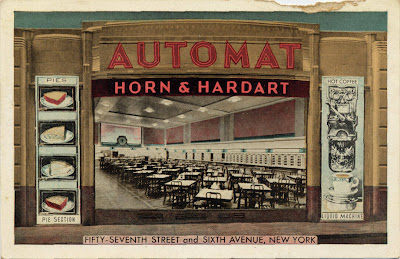 As is always the way, I was hoping for too much. 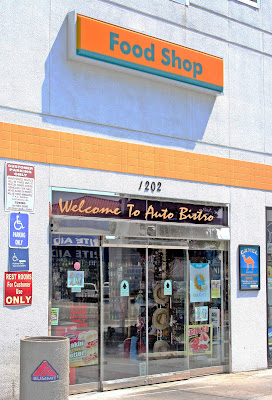 Auto Bistro turned out to be a gas station, and yes you could buy food there, but it was strictly gas station food: hot dogs, potato chips, beef jerky, etc; not a boudin noir in sight, though they did have minute bottles of olive oil for sale.

It revived thoughts of the only TV show I’ve ever thought I could present: The Gas Station Gourmet.

The pitch: I’d go around America in a VW camper, complete with sink, fridge and cooker, go to some down-home, backwoodsy sort of town, visit the local gas station, talk to the folks, buy whatever food they had on sale, and then I’d take it back to the camper where I’d perform culinary miracles. Interested parties should talk to my agent, soonest. 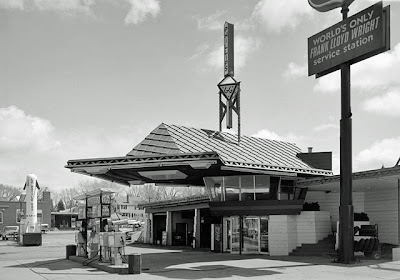 Posted by GeoffNIcholson at 5:42 PM