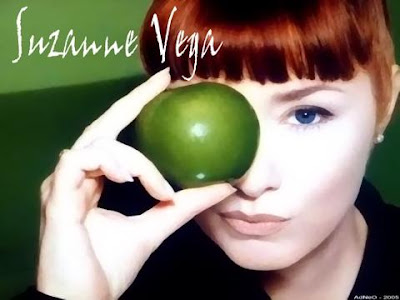 Here’s proof, if proof were needed, that Tom’s Restaurant in Brooklyn isn’t the Tom’s Diner that Suzanne Vega sings about. 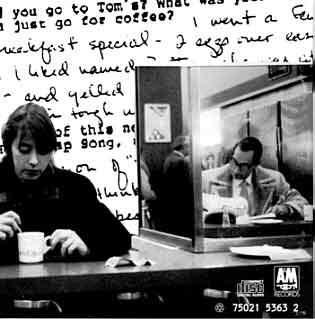 Here’s what Vega wrote in an article for the New York Times, published September 23, 2008 “I got the idea for “Tom’s Diner” in 1981, but I wrote it in the spring of 1982, making the song 26 years old now. When I was at Barnard College in Manhattan, I used to go to Tom’s Restaurant for coffee, and after I graduated I also ate there before going to work. It was then a cheap, greasy place on 112th and Broadway, and it still is, in spite of its celebrity. (Sorry, but I have never been to the one in Brooklyn, though I hear it’s really cute. The real one isn’t cute, and isn’t atmospheric. It’s just plain, which is why I liked it.) And yes, it is the same one they use in the Seinfeld credits — the neon sign that says “RESTAURANT.” I actually once saw Jerry Seinfeld right near there!’ 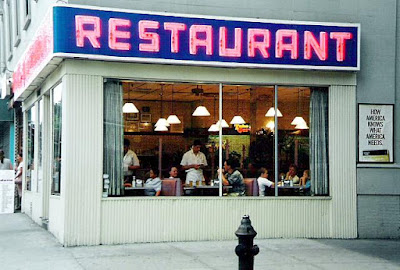 Elsewhere she says that she called it Tom’s Diner rather than Tom’s Restaurant just because it sounded better.

Still, it’s odd isn’t it that of all the diners and restaurants in the world, this particular, very ordinary one features in both a song and a TV show that have no connection with each other. 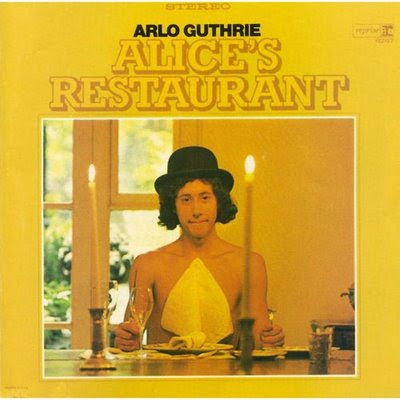 Arlo Guthrie “Alice’s Restaurant” managed to be both a song and a movie, but they were coming from the same source material, as it were.

Of couse there are a thousand and one songs that give shout outs to various restaurants and bars,from Rosa's Cantina, in "El Paso" by Marty Robbins to Dino's Bar & Grill in Thin Lizzy's "The Boys Are Back In Town" but whole songs based around real places that seems fairly rare. I'm going to have to do some thinking about that one.
Posted by GeoffNIcholson at 6:04 AM