I've said it before so it must be true: there is no end to what can be done with a sandwich: 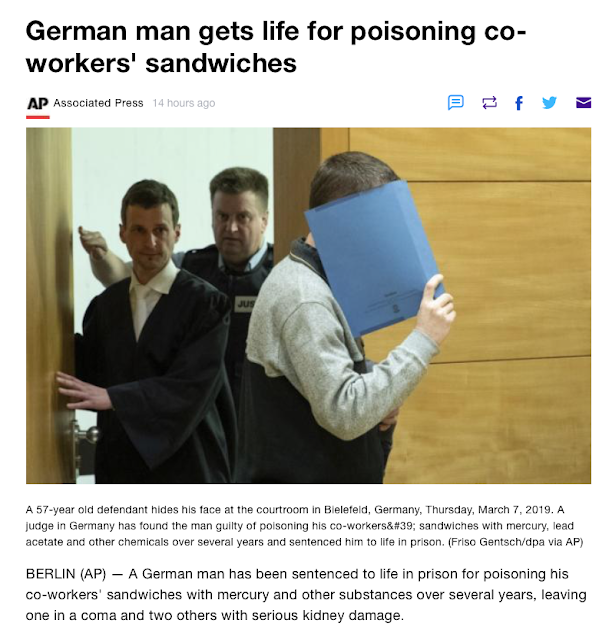 The attempted murderer, identified only as Klaus O., had a basic chemistry lab in his basement, which the Judge Georg Zimmermann described as "more dangerous than all combat agents used in World War II." I'm not sure I exactly know what that means, or what exactly a "combat agent" is in this context, but it does sound like a bit of unnecessary exaggeration.  Maybe it lost something in translation

Klaus O didn’t speak at his trial but prosecutors said they believed he wanted to see his colleagues’ physical decline.  Really?  You think?
Posted by GeoffNIcholson at 4:55 AM