The other night I had some of the best squid I’ve ever tasted.  It was at a Japansee restaurant in London, called Fushan, in New Oxford Street.  It looked like this: 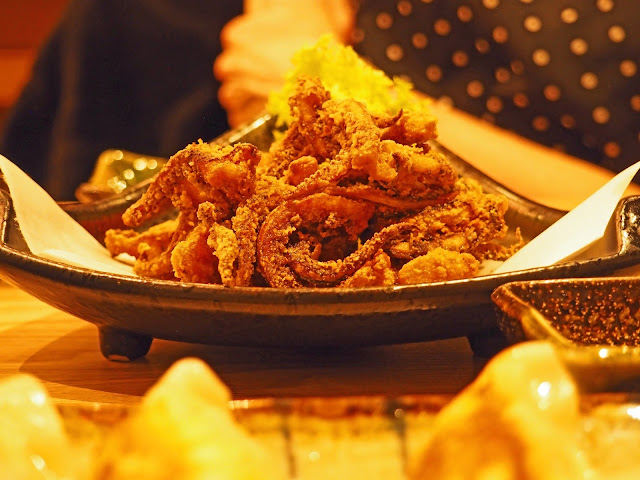 It was deep fried and coated in a spicy batter, and it was mostly tentacles, but I can’t really tell you what made it so special – just, you know, the crunchiness and the taste (of squid).

Karaage, I now discover means “Chinese fry” in Japanese, which confuses matters a little, though only a little.

So next day, filled with optimism and mild obsession, I went into the local Waitrose looking for more squid that I’d cook myself.  There was some to be had and it was reduced, though it was just the tubes with no tentacles. I also don’t currently have a deep fat fryer, so the squid was pan fried with garlic, lemon and parsley, and it was perfectly fine but not fantastic.  Looked like this: 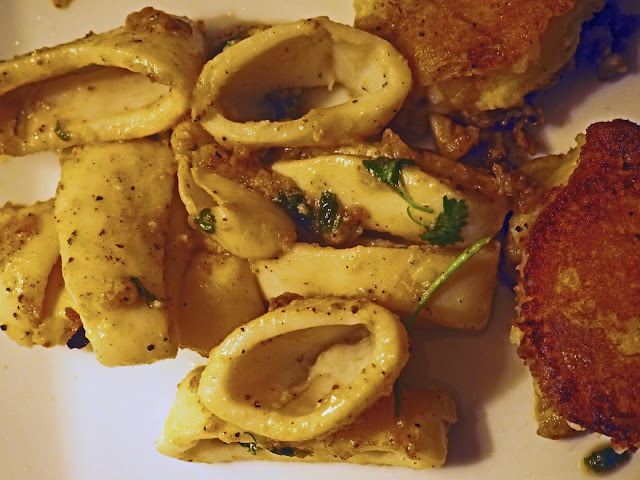 And then a couple of nights later in Efe’s in Brick Lane, I had squid breaded and deep-fried Turkish-style, and at this point it started to occur to me that maybe I only really like the tentacles.  They're certainly the bits that crisp up best. 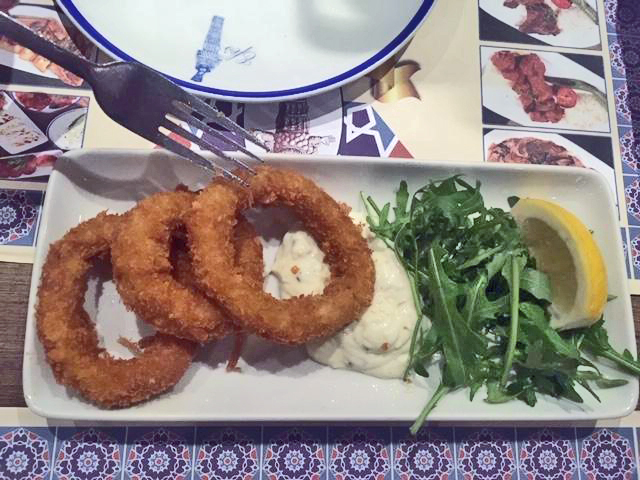 And here is another less than fantastic squid dish that I had in Tokyo; a tube again, and filled with something inscrutable and really not all that appealing.  I’m sure regular readers will explain to me what’s going on here: 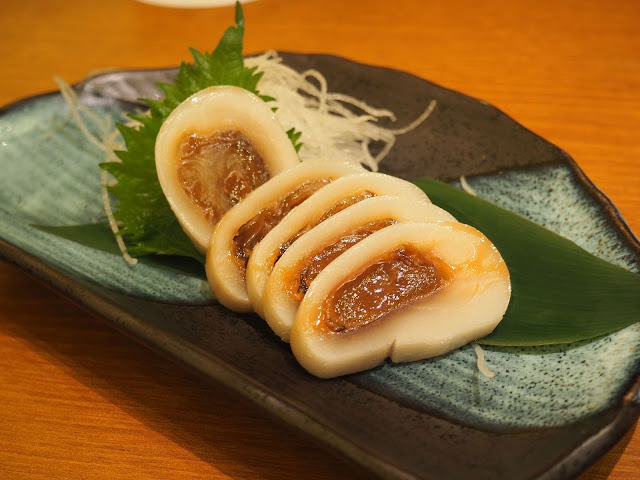 And then I thought about Thurston Moore and one of his early meetings with Mike Watt.  He quotes Watt saying, “All I eat is squid.  If I’m going to go to a booze joint, they’d better have squid. So he ordered all this squid and he was shoveling all this squid into his mouth.”  This is Thurston doing his impersonation of Watt eating squid – you can find the  interview, not all of it about squid, on Youtube. 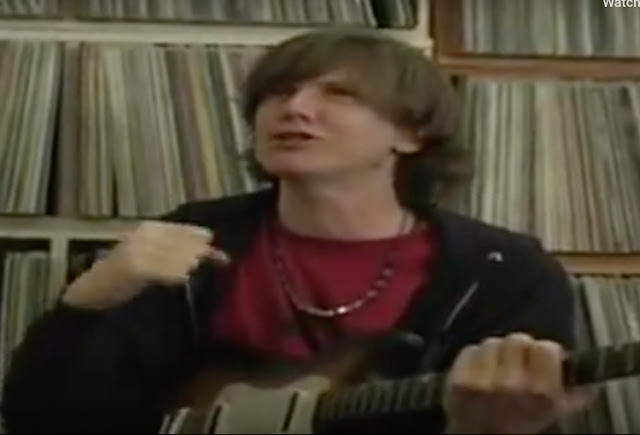 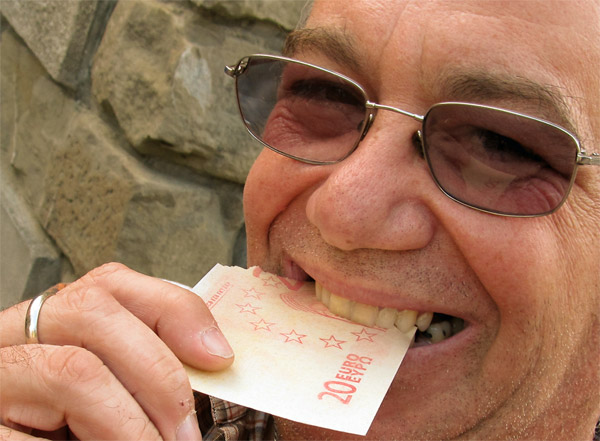 Posted by GeoffNIcholson at 12:13 PM