Want to see what my dining experience was like on the Southwest Chief?  Well of course you do.  Best to start by saying it was nothing like this, much as I wanted it to be: 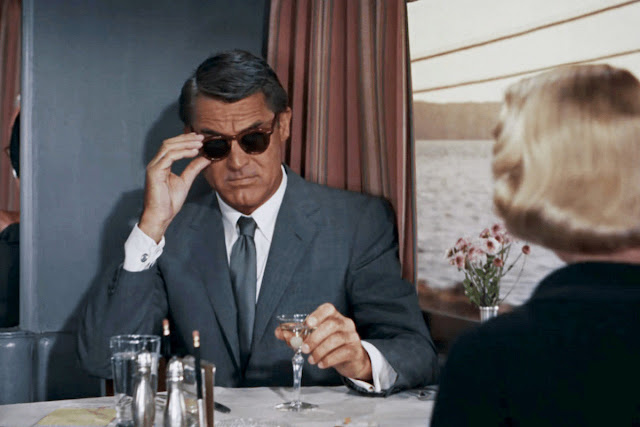 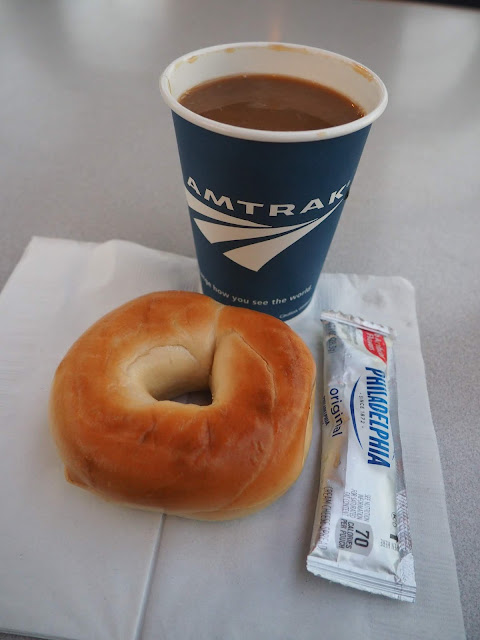 Or this microwaved cheeseburger, which was actually pretty decent: 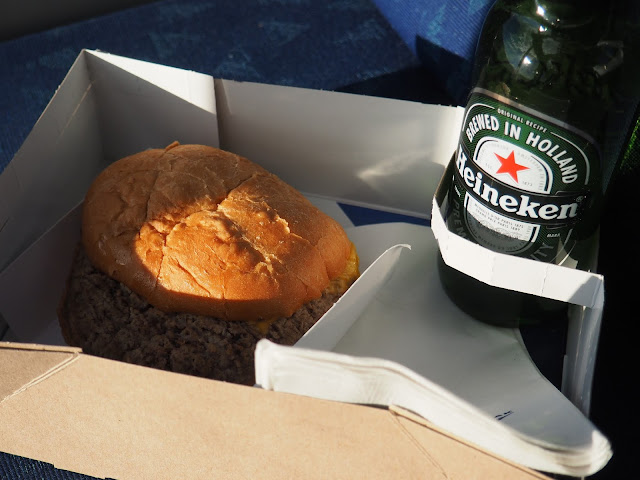 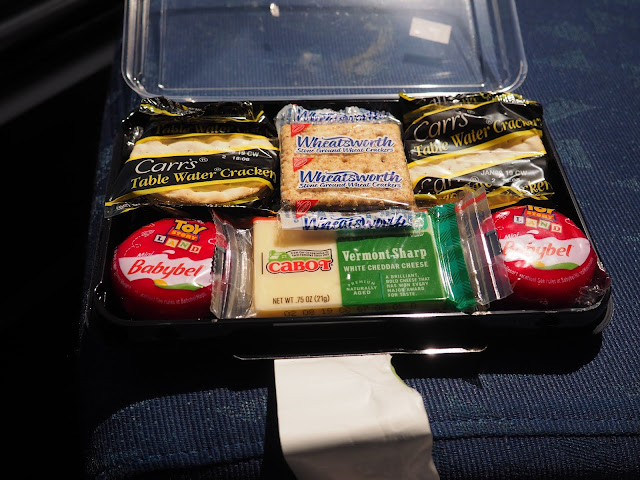 Or how about the turkey and bacon club with creamy Swiss? This definitely tasted better than it looked, though admittedly that may not be saying much. 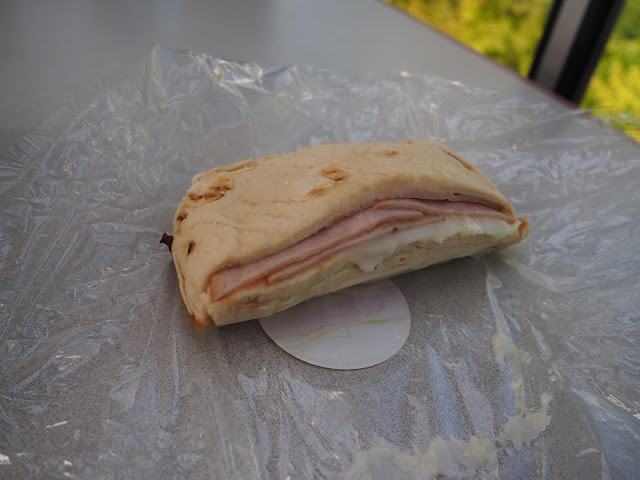 By the time you get to Chicago you’re ready for some real Chicago fare.  A Chicago Dog at Tiny Tap on the river: 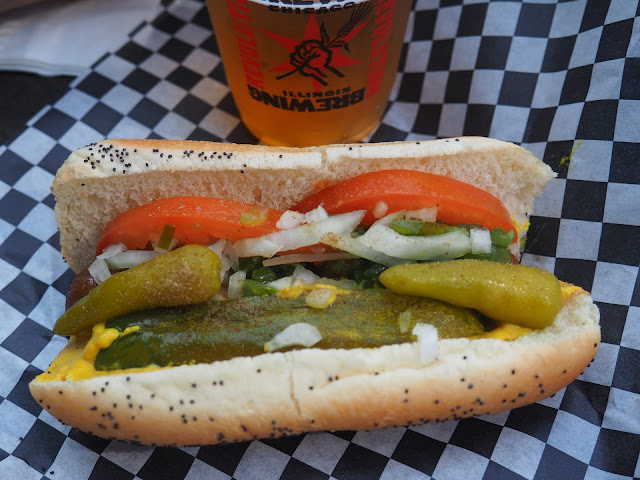 The Dogzilla at Byron’s: 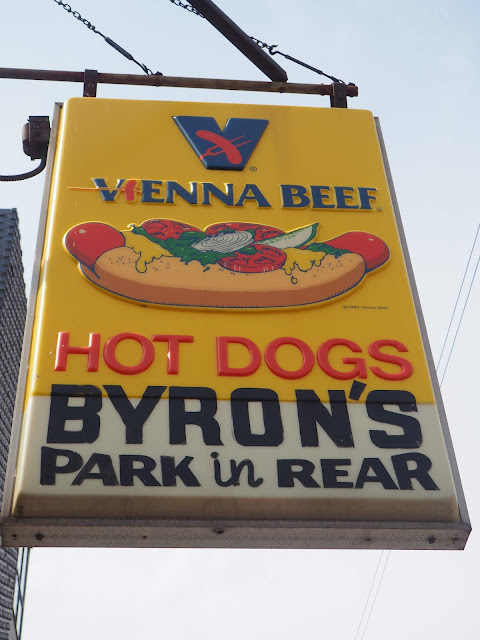 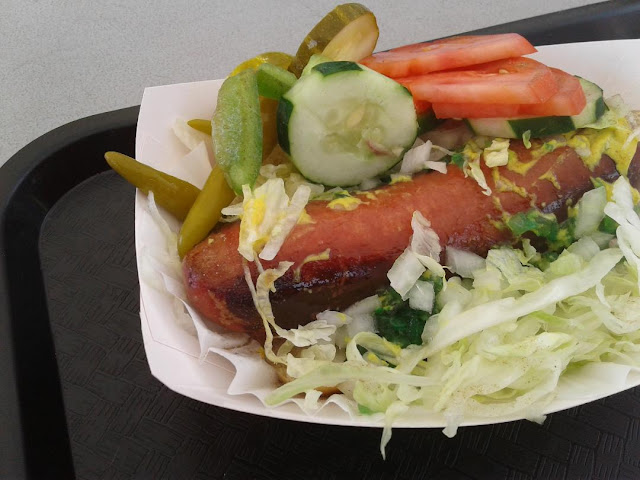 It was terrific, though it looked even better on the sign: 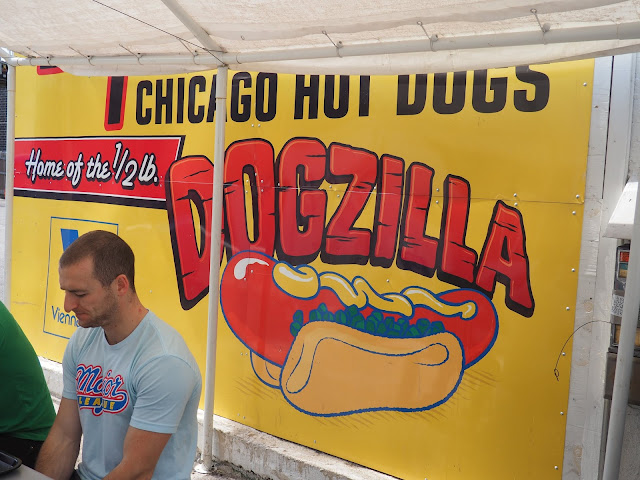 And this which was probably the most enjoyable thing I ate in the Windy City; whitefish and shrimp ceviche with potato cakes, at the Berghoff Bar: 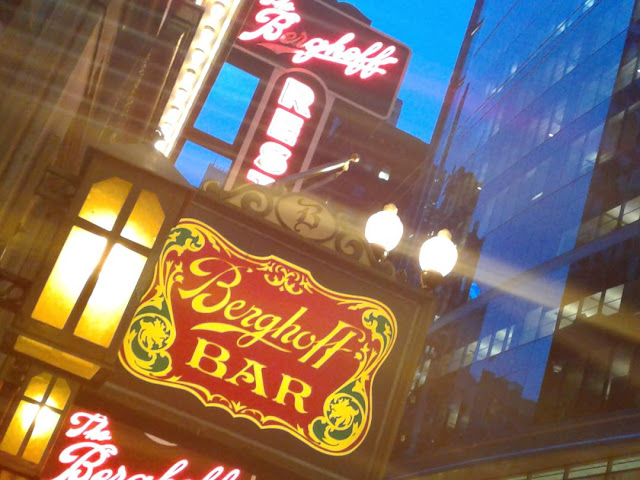 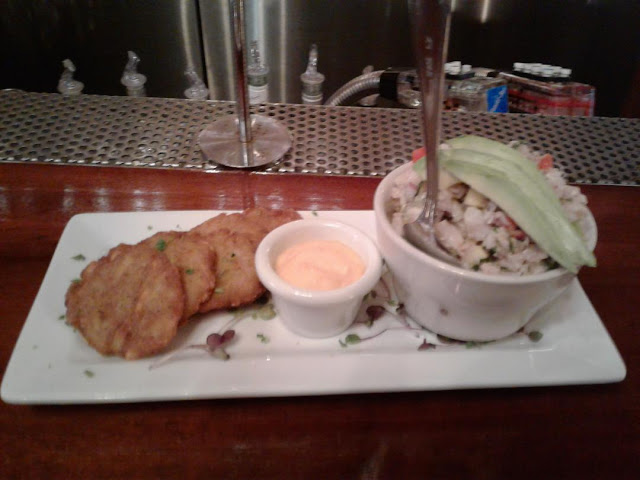 And then back on the train, heading for Los Angeles, and more of the very similar: 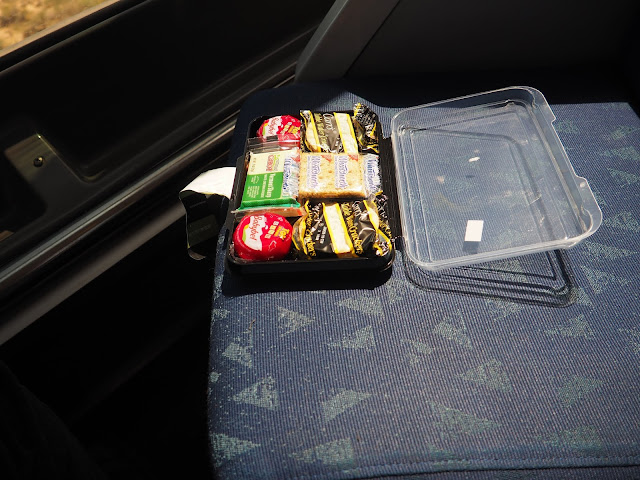 Posted by GeoffNIcholson at 8:37 AM