"ANOTHER MARTINI FOR MOTHER CABRINI"

If you find yourself in Chicago you might very well see this fine mural of Muddy Waters, one of the godfathers of Chicago Blues: 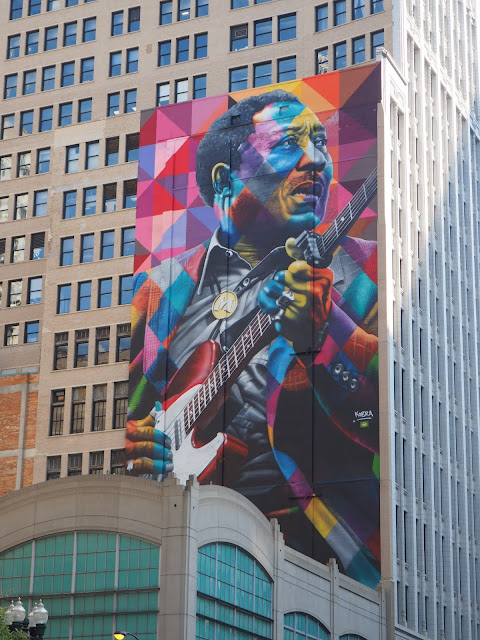 I can’t remember who first said that the Blues is an empty, transparent vessel into which you pour yourself.  The rudiments are simple, can be quickly learned, and the moment you start playing you reveal yourself completely. If you have the soul of a suburbanite that will show.  If you’re touched by the Muses, that will immediately show too.

And so it is with the martini glass, a transparent, empty vessel into which the bartender pours his or her soul.

Yes I have been in Chicago. I was alone and in the evenings I was enjoying some “melancholy man sits alone at the bar with a martini” moments. This one was at the Congress Hotel. 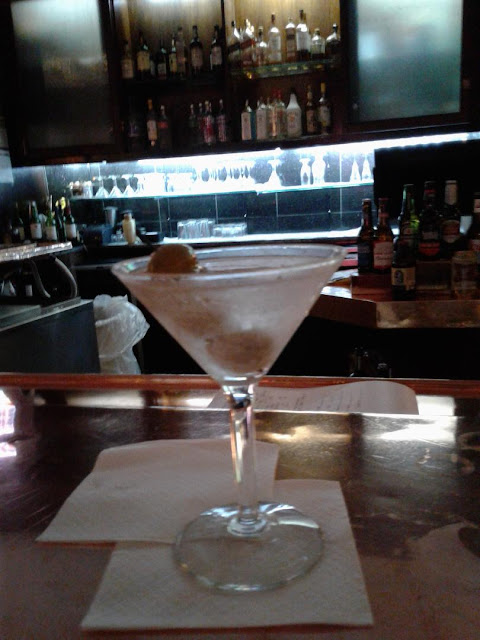 It was so-so. As hotel martinis often are.  There may be a few guys working in hotel bars who pour their souls into their work, but they’re rare.
This next one was at Miller’s Pub, on Wabash Avenue, made by an old and caring Latino guy, and considerably better. 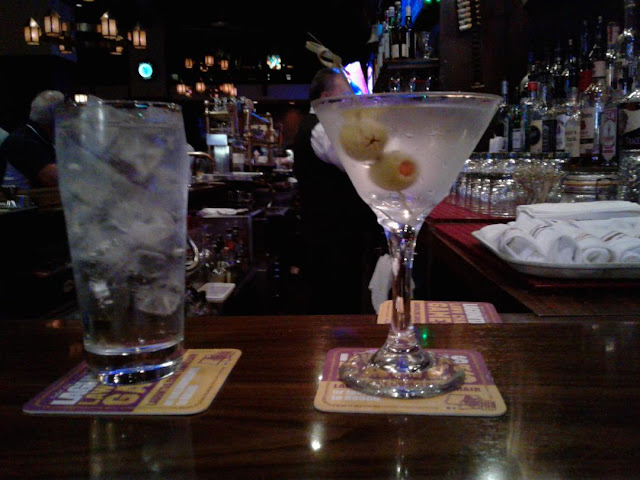 And the one below was consumed at the Exchequer, also on Warbash and made by an East European female bartender. 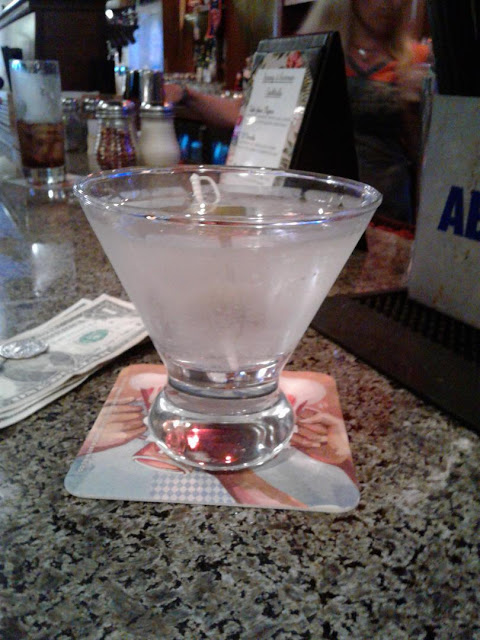 I suppose the non-standard martini glass could be considered subversive, and the cocktail stick in the shape of a sword could be knowingly kitsch, though I’m not sure.

But then, and hold onto your cocktail napkins, I went to Rudy’s Bar and Grille on Madison Street – (also “Home of the famous Martini Milkshake” which I didn’t investigate). 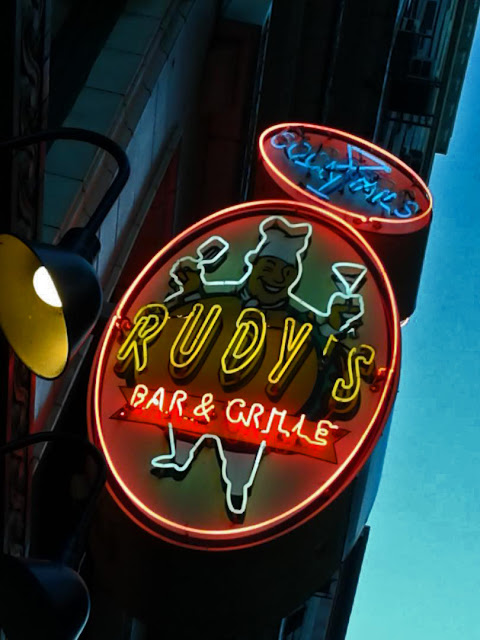 And I was asked by the woman behind the bar who’s name was Ally (it was on the bill) whether I wanted my martini shaken or stirred!!  Holy Wabash! That’s an absolute first, a hit right out of the park before we’ve even started. I was also asked what kind of gin I wanted – Hendricks, and if I wanted my olives stuffed with blue cheese (I did not).  It looked like this: 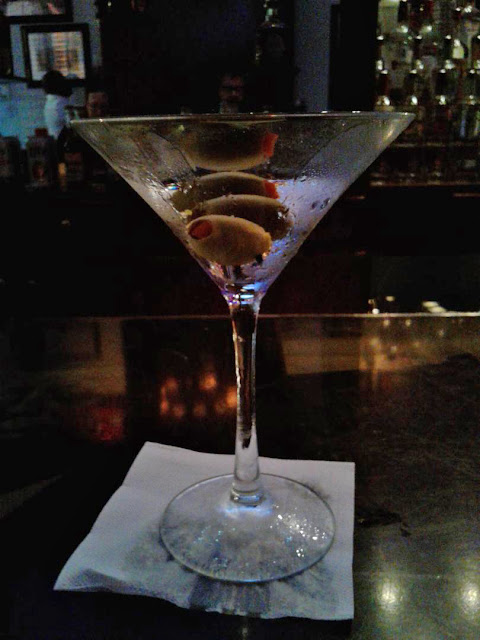 It was so good, complete with the oh-so-necessary and oh-so-rare gin meniscus (which I know you can't really see in my picture). It was just wonderful, everything a man or woman might ever want in a martini.  I don’t know Ally and she doesn’t know me, but if her soul is as fine as the martini she made, then she is one of the Chosen.  The drink cost $14.50, and yes in other circumstances I might have said ouch to that.

And you know a part of me realized that it was folly to go back to Rudy’s the next night, I knew there’d be disappointment, but I did go back.  And when I sat down at the bar a fellow patron told me it was martini special night, but I didn’t know what that meant.  I wasn’t served by Ally, it was another woman, and I wasn’t offered a choice of shaken or stirred, or of gin or even of olive.  And it came with no meniscus.  It looked like this: 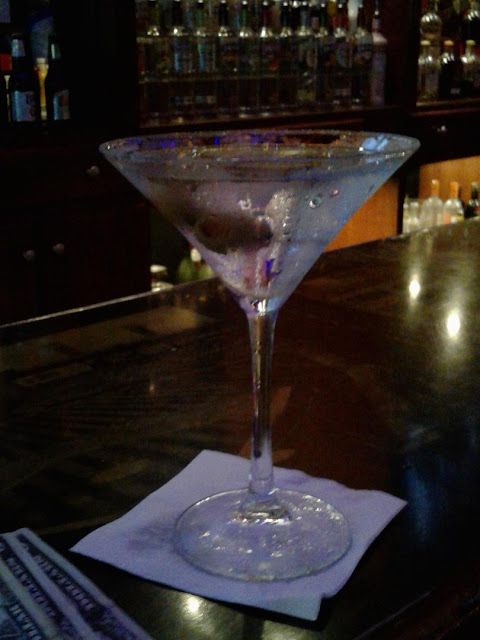 In most other circumstances it would have been considered a very superior martini.  And since it was martini special night, it only cost $7. Can you put a price on your soul? Yep about $7.50.

Posted by GeoffNIcholson at 3:34 PM