A PLATEFUL OF EUPHEMISM

I understand the need for euphemism in food, of course I do.  We speak of sweetbreads rather than pancreas, we say sausages rather than “unappealing bits of innards chopped up small, seasoned and stuffed into a length of intestine.”
And I can see why we don’t want to think about happy little calves when we’re eating our blanquette de veau. We want to dissociate the thing on the plate from the thing gamboling through the field.  The Simpsons covered this pretty well back in the day when they covered things pretty well. 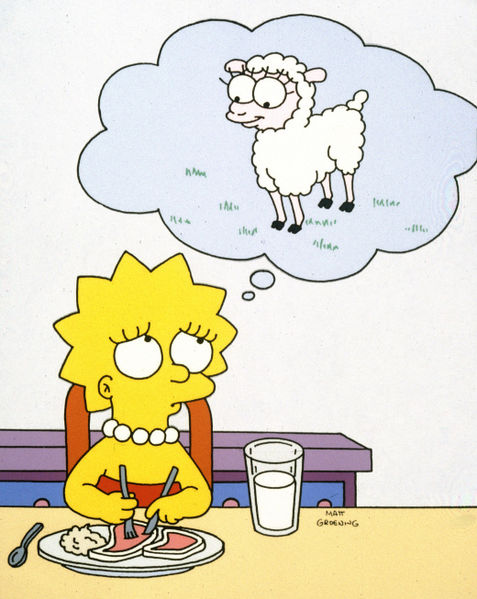 But that doesn’t explain everything.  Part of the explanation is – the French.  After the Norman Conquest of England, high-toned French terms entered the English culinary vocabulary – so that it was a lamb in the field but mutton, as in mouton, when it got to the table.  It was a cow in the field but beef (boeuf) on the plate.

This seems okay as far as it goes.  But why doesn’t it apply to, say, rabbit, which did not become lapin, and chicken only in certain limited cases becomes poulet?  As for oysters and geese – huitres and oies - I suspect there was no change because most Anglophones wouldn’t have known know how to pronounce those words.

I also wonder if it had something to do with size – why bother giving a special name to something as small as a quail?  Or a pigeon which, as I understand it, is the same in both languages.

The pig however seems a different problem again.  We’re told that the English pig became the Frenchified pork (from porc) – but why didn’t it become cochon? 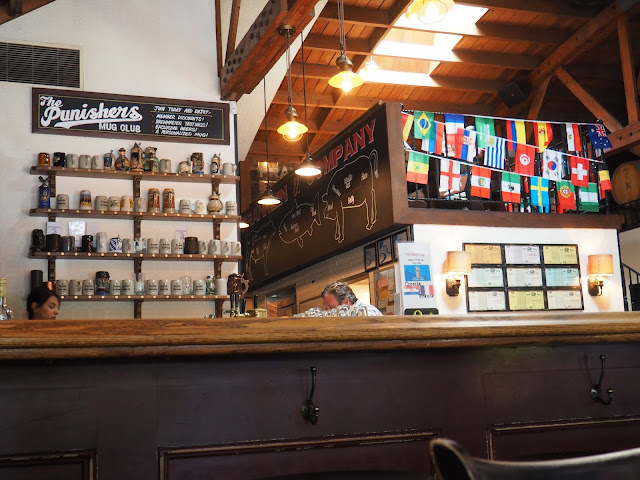 All this was going through my mind a week or so back when I was at Franklin and Company, a modest gastro-pubbish neighborhood joint in Los Angeles, and there on the menu was “The Pig Sandwich: Braised garlic pork, gruyere, charred broccolini, balsamic mustard, toasted ciabatta.”  I ordered it: it looked like this and it was pretty tasty: 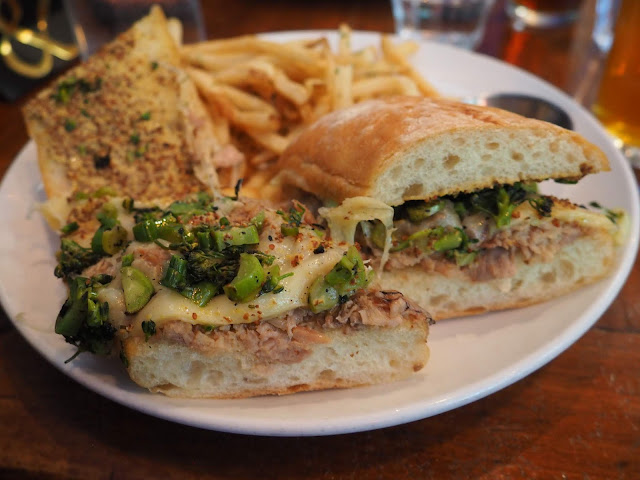 It came with French fries, which were fine, but I could have substituted them for waffle-cut duck fries (not canard fries) and it would only have been $3 extra, so now I think maybe I should have pushed the boat out just that little bit.

The restaurant is on Franklin Avenue in Hollywood, and it’s been through a few conceptual tweaks in its comparatively short history.  In the early days it had a version of this as its logo: 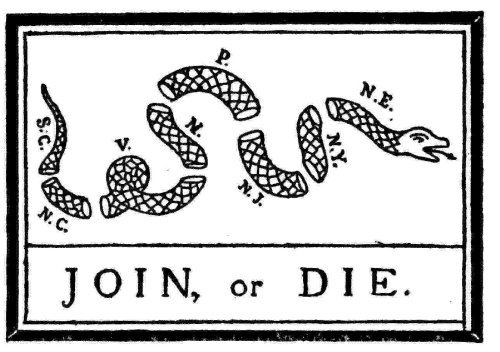 It’s a cartoon often, though not always, attributed to Benjamin Franklin, part of his campaign to remind the colonies that they had a better chance of standing up to the British if they were united rather than sliced into bite-sized chunks.

The restaurant doesn’t seem to use that logo anymore, and as far as I’m aware snake (or serpent as the French would say) was never on the menu, which I think is a shame.
Posted by GeoffNIcholson at 10:54 AM