There’s comfort food and there’s comfort reading. I’ve always been a bit skeptical about the notion of “comfort food.” I mean, if it doesn’t comfort you then why bother to eat it?  But reading is different - we read for so many reasons and comfort is probably one of the minor ones.

Even so, lately, for comfort, I’ve been reading (in some cases rereading) P.G. Wodehouse, and there’s a lot in there about the comforts of food, and indeed the comforts of drink.  The picture below shows Wodehouse and his wife Ethel, in New York c. 1956: I think it is possibly the best author picture ever taken.  Note the size of the martini glasses. We'll be coming back to that: 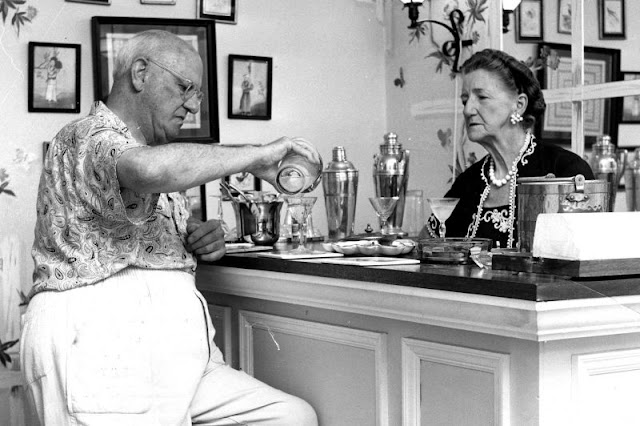 Here’s the opening of - Much Obliged Jeeves: “As I slid into my chair at the breakfast table and started to deal with the toothsome eggs and bacon which Jeeves had given of his plenty, I was conscious of a strange exhilaration, if I’ve got the right word."

That’s so good, so clever, so witty, it tells you so much about what’s ahead that you

almost feel you don’t need to read any more.  But only almost because you know 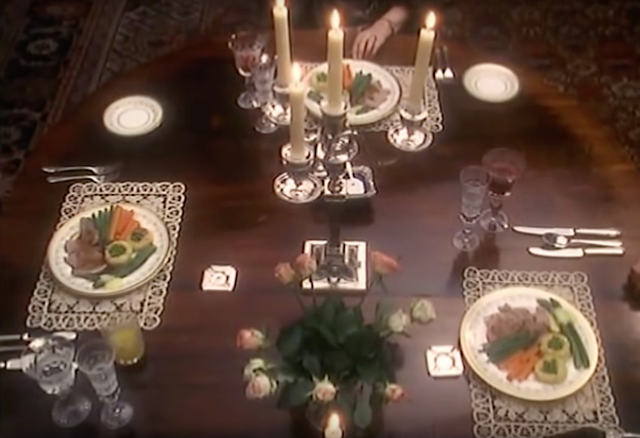 Wodehouse’s great foodie creation is Anatole the French chef who works (not without crises) for Wooster’s Aunt Dahlia, at Brinkley Hall. 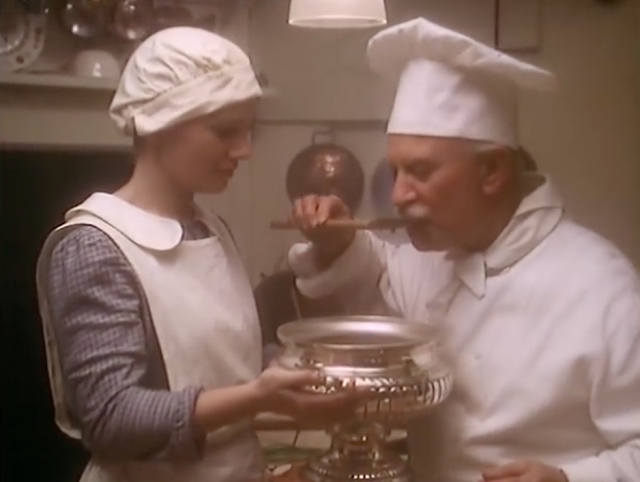 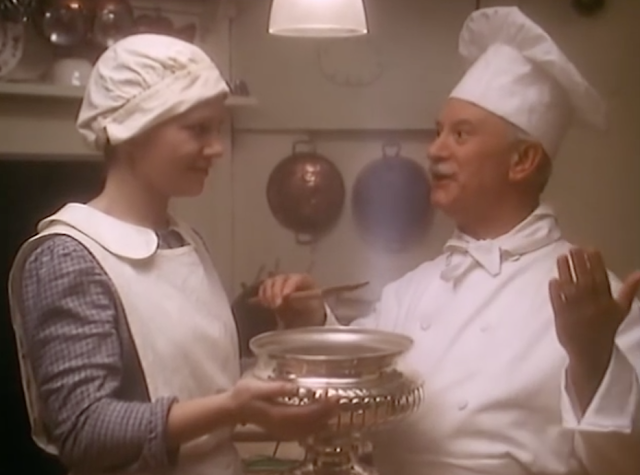 And yes, I found myself comfort watching, 25 years or so after it was made, never having seen it before, the TV series Jeeves and Wooster, starring Stephen Fry and Hugh Laurie.   Those two are perfectly cast, even if it seems to me that some of the actors in the minor roles aren’t.  John Turner is brilliant however as Sir Roderick Spode and Robert Dawes is even better as Tuppy Glossop.


There’s a fair amount of food in the series, sometimes crucial to the plot, and Anatole pops up, and in general it looks as though they’ve worked pretty hard on making the food look historically authentic.  Look at that pile of boiled potatoes: 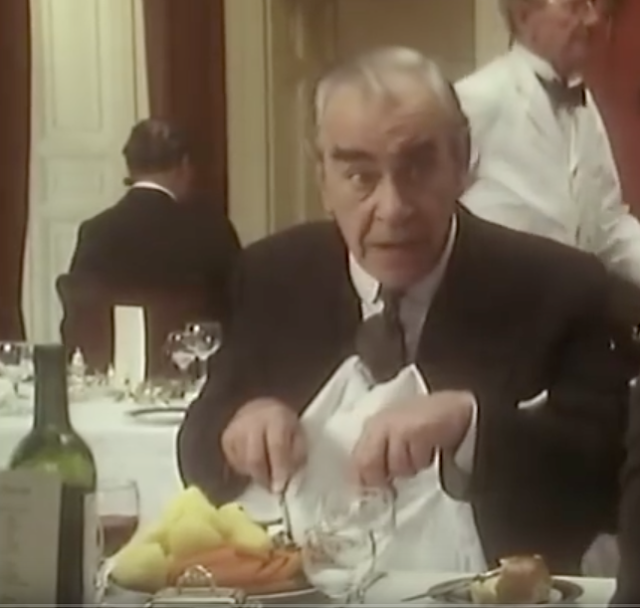 Look at that pile of sandwiches: 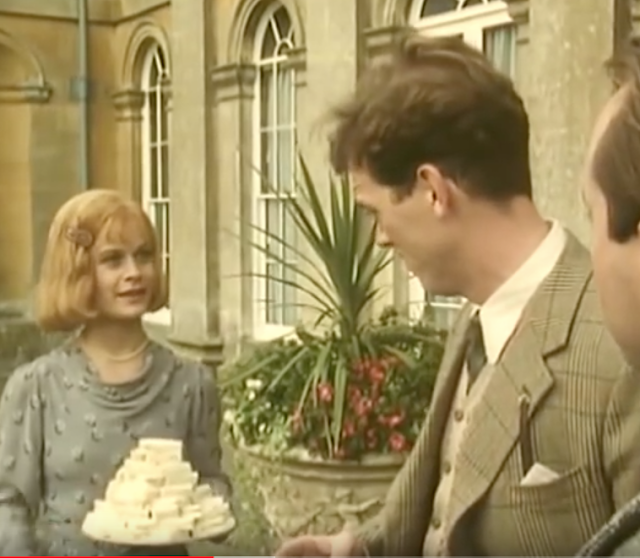 There is a little bit of a problem here, of course. Jeeves and Wooster exist in some timeless alternate universe – the earliest short story dates from 1915, the novels were published between 1924 and 1974 – and although there’s a general 1920s - 1930s feel to things,  matters of historical accuracy may be moot.

But I did worry about the martini drinking (other cocktails are drunk too but it was the martinis that really got me fretting).  The shakers I think were spot on, but I’m not at all sure about the glasses.

Now, the history of the martini glass is much researched, and somewhat contested, but I’m pretty sure that nobody in England had bucket-sized martini glasses like the one in the picture below, until at least the late 1970s, possibly the early 1980s:. 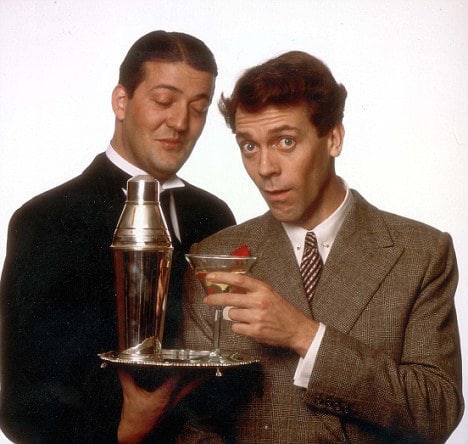 See also this one here, with a different cast - I'm pretty sure that's a shaker somebody went out and bought at a department store the day before the photoshoot: 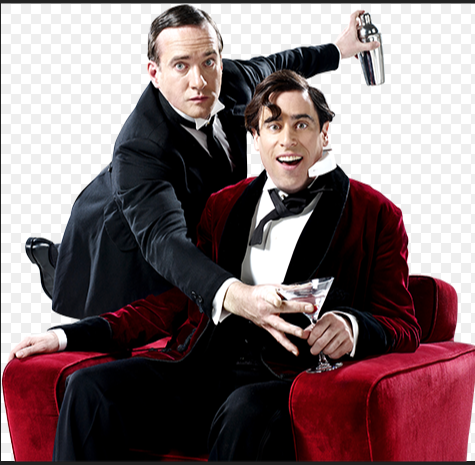 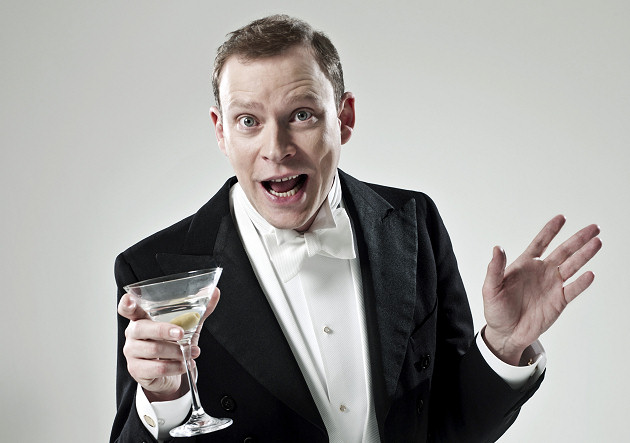 TV, the movies, they don't always tell the truth you know.

One very minor Wodehouse foodie note, on his first onscreen appearance Jeeves was played by Arthur Treacher, an English actor who specialized in butlers (Jeeves, of course, was a valet not a butler). David Niven played Wooster.  I have no idea what’s going on here. 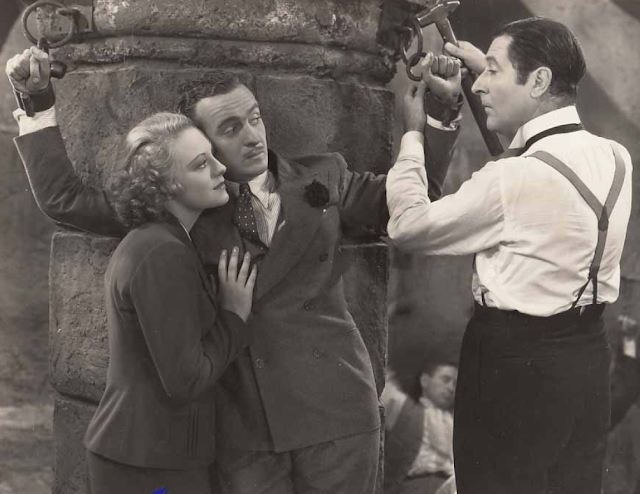 Arthur Treacher, went on to parlay his fame and Englishness into becoming the figurehead for the Arthur Treacher Fish and Chips chain which still exists here and there across America. 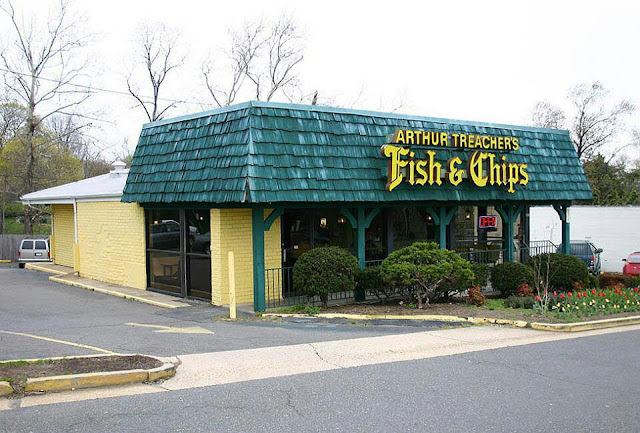 You can tell it’s classy and English because it’s got “olde worlde” lettering.
Posted by GeoffNIcholson at 2:05 PM