One of the things I was doing in London was presenting (possibly even curating) a couple of movies as part of the Bompas and Parr Food Film Festival, 2018.  One of the movies was La Grande Bouffe, directed by Marco Ferreri; the other Jiro Dreams of Sushi, directed by David Gelb. 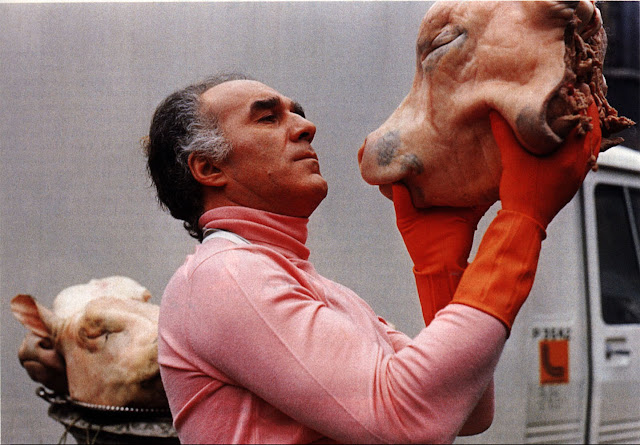 Films were shown in the Curzon Cinema in the basement of the Mondrian Hotel, and the bartender of the hotel’s Dandelyan bar - Ryan Chetiyawardana aka Mr. Lyan - had invented a couple of special cocktails to accompany the screenings: Double Pop and Oranges & Death. 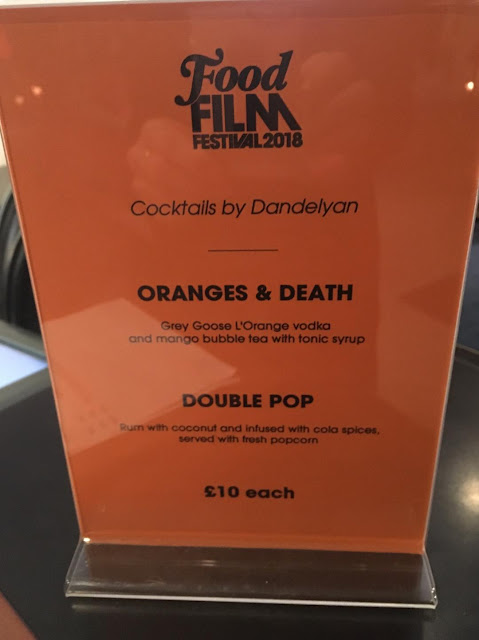 There was also a small exhibition in the bar, with that title Oranges & Death.  It seems that terrible things happen to people in movies after they’ve bought or peeled or eaten an orange, although bad things don't necessarily happen to people who've drunk a cocktail of the same name.  Here is the Double Pop with a death or, more likely life, mask in the background:

I first saw La Grande Bouffe in the 1970s, a few years after its 1973 release.   It had stayed with me but I hadn’t seen it for forty years or so, and then I watched it twice in a week, once as research, and once at the festival along with an audience. 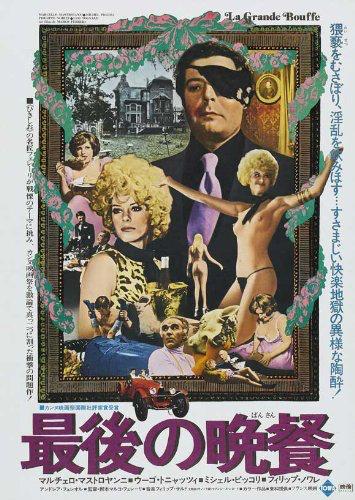 La Grande Bouffe was, and possibly still is, a controversial movie, known by far more people than have ever seen it.  The exact plot only reveals itself gradually but it’s not too much of a spoiler to reveal that it’s the story of four middle aged men who gather in a villa with the intention of eating themselves to death.  It’s a kind of pastiche of de Sade’s 120 Days of Sodom (written in the Bastille) – but de Sade’s men had 4 months to get the job done – eating yourself to death in a weekend takes some doing. 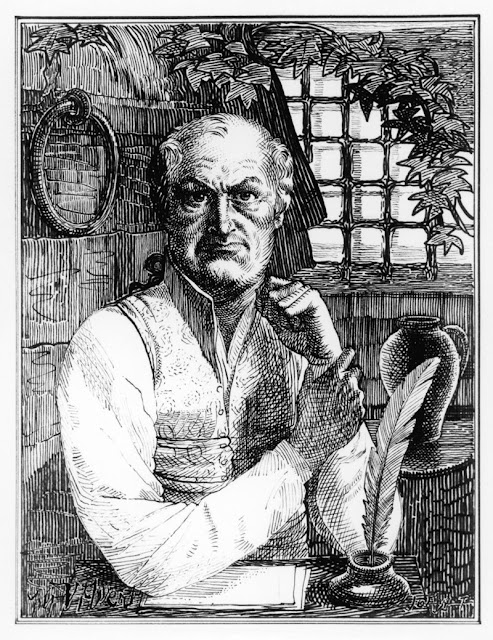 As a method of suicide it’s not the most efficient, but it comes with some compelling metaphors.  Food is the thing you need in order to live, but here it’s the things that kills you.  And, of course, there may be an argument that in the West most of us are eating ourselves to death quite literally.

The four men are all upper bourgeoisie, though not exact equals in the class structure: a chef, a judge, an airline pilot, a TV producer.  They’re played by Marcello Mastroianni, Michel Piccoli, Philippe Noiret and Ugo Tognazzi, and the characters share first names with the actors. 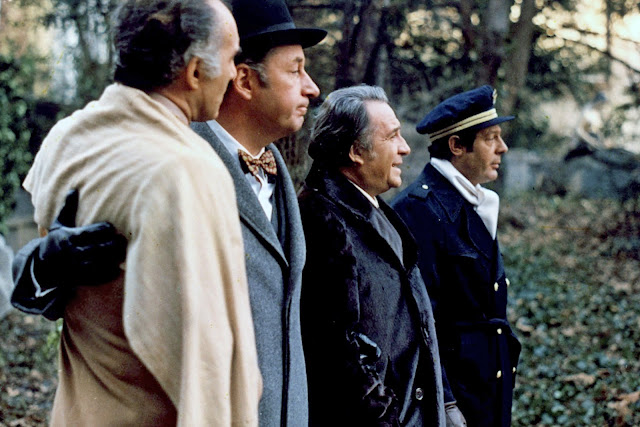 When I first saw it all those years ago, I remember they seemed a bunch of charmless old farts, but I guess I’ve mellowed.  As we get older we find charm in some unexpected places.  And as time goes by, men in their 40s and early 50s really don’t seem so old after all.

The characters are monstrous in some ways, infantile in others - Philippe the judge still lives with his wet-nurse. There’s also an overarching and subversive critique of masculinity.  There’s something not very sexy about men eating together, and I think there may be the suggestion that it’s rather effete to care too much about food.

In this universe women are an after thought.  Three prostitutes belatedly join the feast, but they’re a disappointment.  They’ll do certain things for money but not everything, and their enthusiasm is at best patchy. 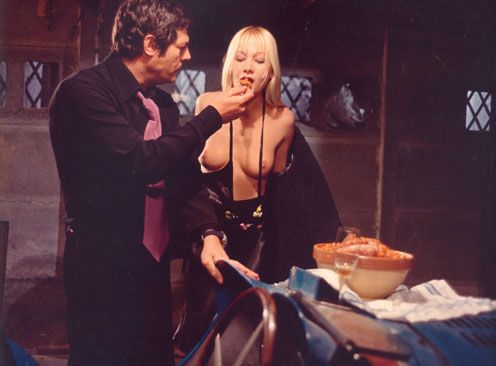 And then Andrea appears – played by Andrea Ferreol – a schoolteacher who gets involved because of her own needs and obsessions, who does what she does for free. 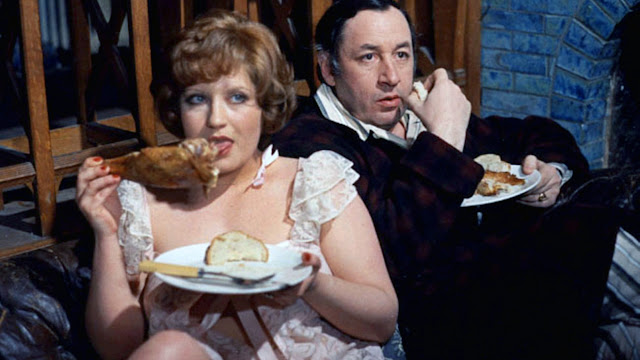 Forty years ago I really didn’t get the appeal of Andrea, a fleshy, warm, wild but unglamorous woman, whereas today she seems an absolute wonder.  She’s her own woman, and in many ways the story is hers.  She doesn’t appear to consciously exploit the men, and yet in the end she gets pretty much everything she wants. 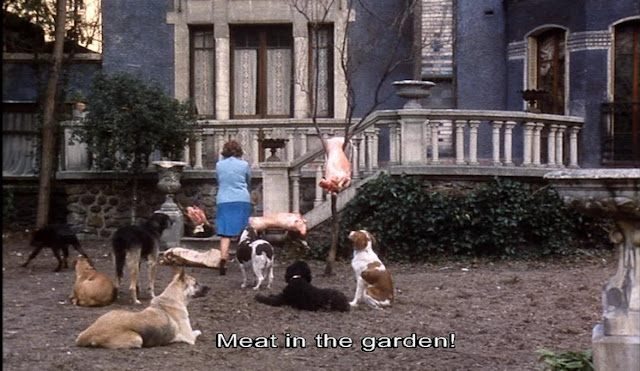 La Grande Bouffe has a reputation as a gross out movie – but it’s not just a prolonged wallow in disgust.  Parts of it are genuinely tender and sensual, and there’s comedy as well as horror.  And I think that if the movie weren’t a comedy it would be much harder to take the movie seriously, an idea that never occurred to de Sade. 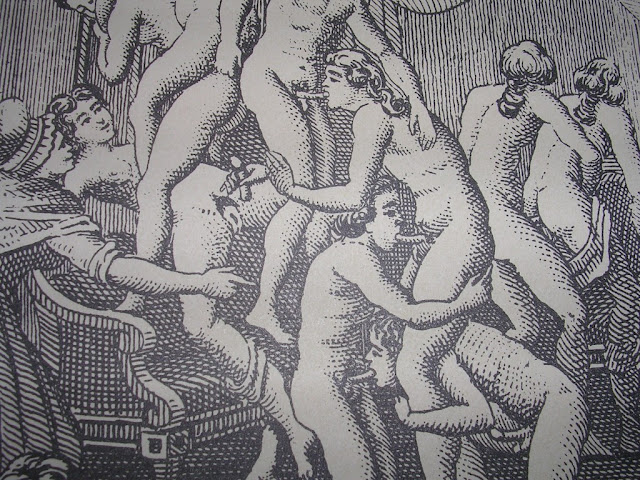 I’ve read reviews saying that after you’ve seen La Grande Bouffe you won’t ever want to eat again, but I suspect that readers of Psychogourmet, and fans of Bompas and Parr, have stronger stomachs than that. 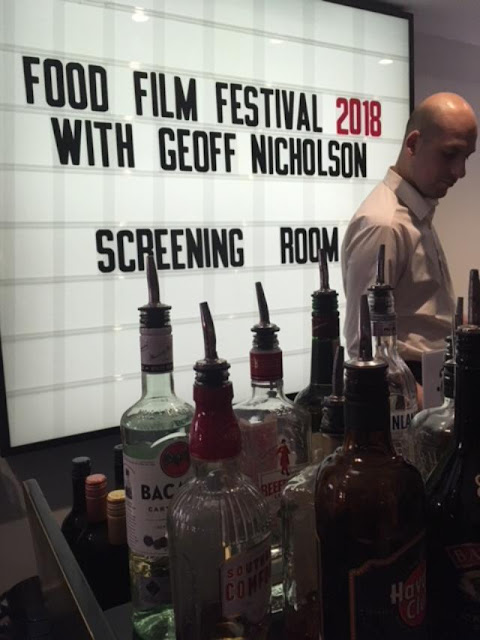 Further cocktail adventures were had when my pal, and top photographer, Jason Oddy took me along to a place named Hakkasan, a place that seems to be designed so that high-ranking Triad members will feel at home there.  The drink on the left is a Hakkatini, the one on the right a Rhubarb Margarita. The Hakkatini did contain orange vodka, but only the slightest hint of death.

Posted by GeoffNIcholson at 11:27 AM