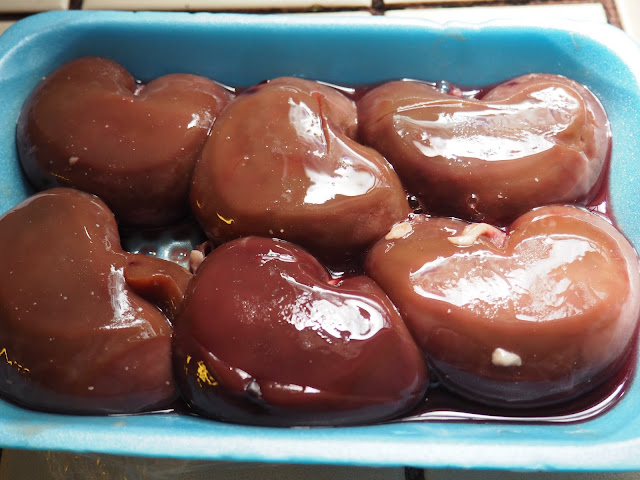 Even if you know next to nothing about Joyce’s Ulysses there’s a chance you may know the lines, “Mr Leopold Bloom ate with relish the inner organs of beasts and fowls. He liked thick giblet soup, nutty gizzards, a stuffed roast heart, liverslices fried with crustcrumbs, fried hencods' roes. Most of all he liked grilled mutton kidneys which gave to his palate a fine tang of faintly scented urine.” 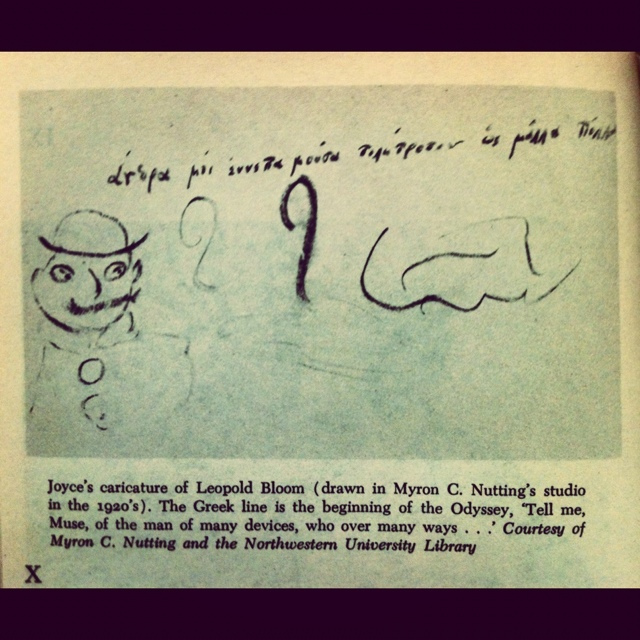 To which a reader might ask, “Yes, but what about the external organs?”  Although I suppose (unless we’re discussing testicles) there’s only really one seriously edible external organ and that’s the skin.
Given the flexibility of Bloom’s Jewishness, chances are he wouldn’t have objected too much to eating pork skin.  And even, perhaps especially, observant Jews  are fans of gribenes, chicken or goose skin cracklings. 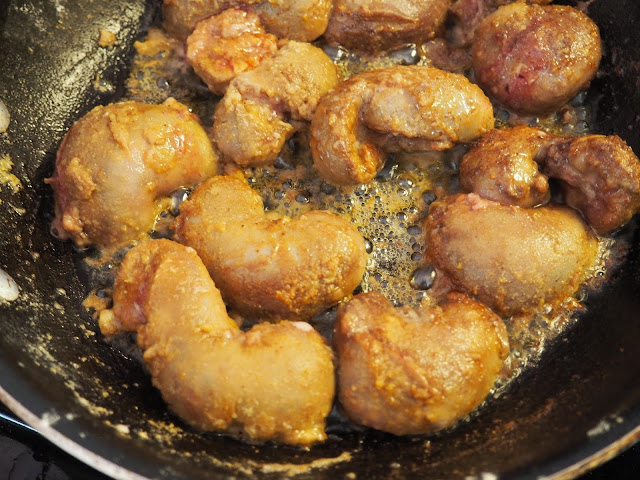 Anyway, this Joycean literary allusion was in my mind as I made devilled (not grilled) kidneys for Sunday breakfast, loosely following a Fergus Henderson recipe, substituting sherry for chicken stock.  Came out pretty well, I thought. 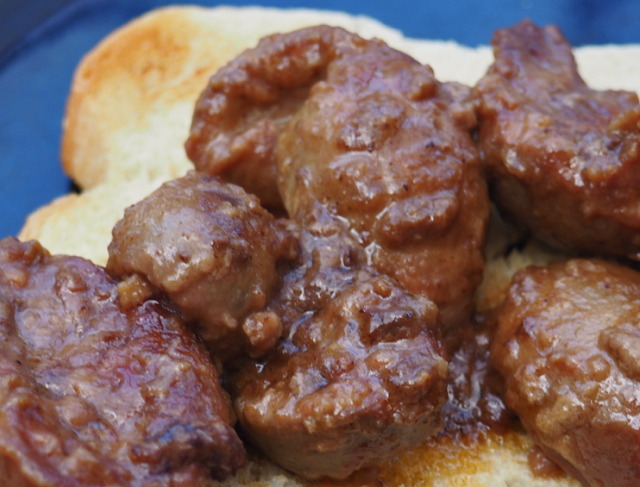 Had I been cooking them for dinner I would almost certainly have added brandy and made kidneys flambé, but that always brings up another literary allusion: Peter Handke’s The Ride Across Lake Constance. 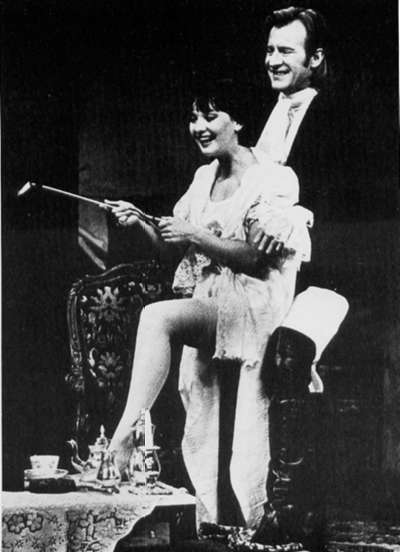 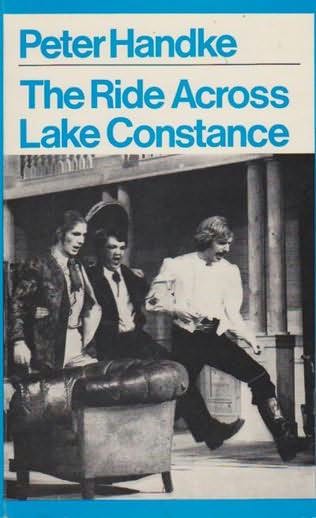 I had certainly tasted kidneys before I saw a production of the play, though I’d never had them flambéed.  And now I can never even think of them without summoning up these lines: 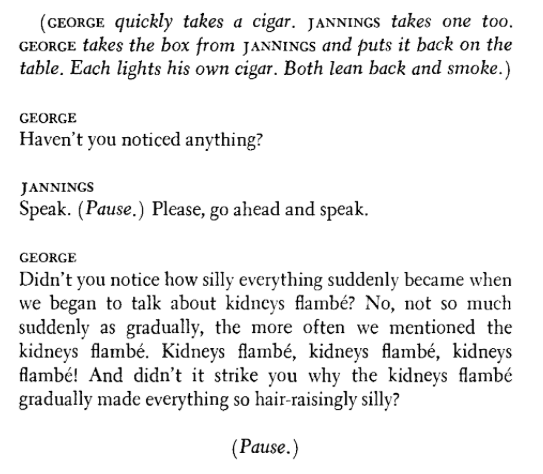 Oh and I just found this.  It’s from the Observer, April 2009, and appears in Tom Adams’ interview with Claire Walsh, JG Ballard’s very longtime girlfriend, conducted “just days after his death.”  Was there a rush?

Anyway, Adams writes, “Up until recently, in weeks when his appetite was buoyed by steroid, he (Ballard) would take her up the road to Kristof’s, a regular haunt, and insist she had oysters while he had his favorite devilled kidneys.”  This makes me like Ballard even more than I did already. 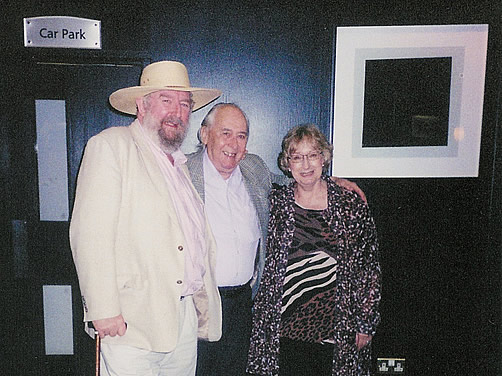 Posted by GeoffNIcholson at 2:24 PM