SUCCESSFULLY AVOIDING A COQ JOKE IN THE TITLE 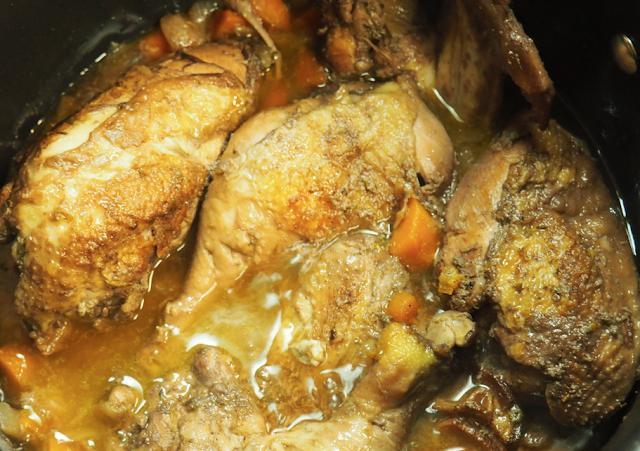 Over the weekend I made coq au vin.  It was OK but it wasn’t great and I don’t really know why.  Did I not use enough wine?  Or was the wine not good enough?  Did I cook it took long or not long enough?  I just don’t know.  And I was even following a recipe, one that had appeared in the New York Times French cookery supplement, by Melissa Clark. 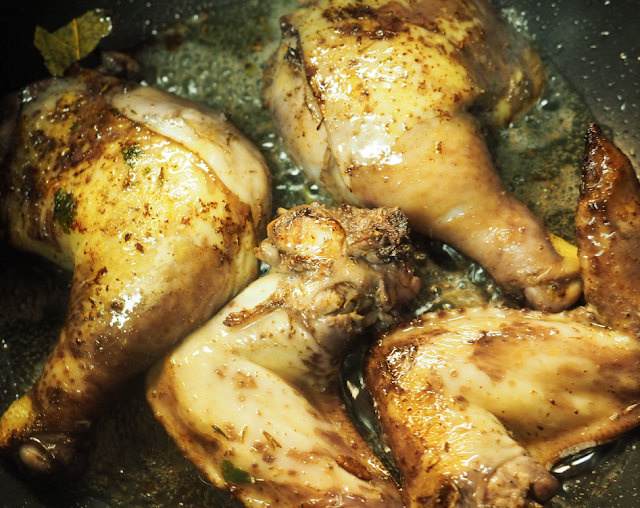 The recipe seemed pretty straightforward and I followed it pretty closely,  although I was confused by one line.  As expected, the recipe tells you to brown the chicken pieces before you pour in the wine, but the instruction is as follows: “Heat lardon fat over medium heat until it’s just about to smoke.”

But how could you possibly know when fat is “just about to smoke”?  I can tell you when it’s NOT smoking.  I can tell you when it IS smoking.  But unless you have the psychic ability to see into the future how can you tell when it’s about to?  These professional cooks have gifts the rest of us can only dream of.
Posted by GeoffNIcholson at 6:12 PM