FOOD FROM THE ROAD

If you’re ever in Kramer Junction, California, may I recommended that you try the carne asada with cheese fries at the Astro Burger.  It’s a knockout even if it doesn’t resemble any carne asada you’ve ever had elsewhere. 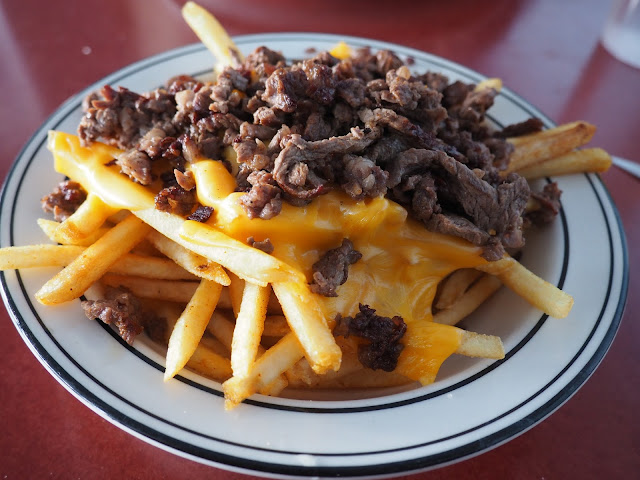 The menu offered pastrami and Reuben sandwiches too, but the waitress, referring to the unseen cook in the back who may well have been her husband, said (a little regretfully it seemed to me), “He’s not doing that today.” 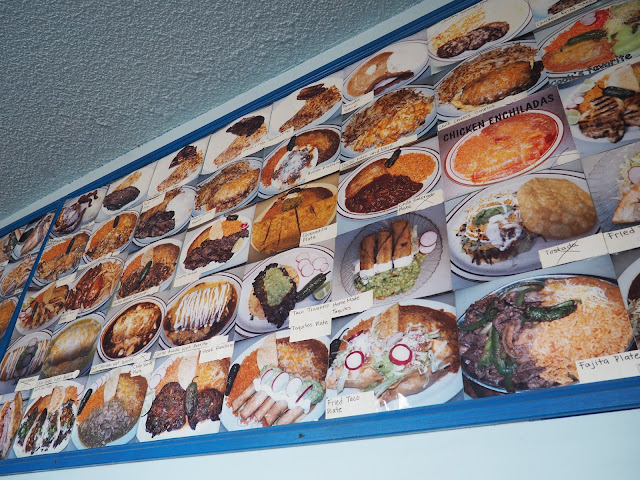 *
If you’re ever in Furnace Creek, in Death Valley, you might as well try the meatloaf at the Forty Niner Café.  It’s not great, but they’re working under difficult conditions there in the middle of the desert, where good ingredients, and (perhaps more importantly) good cooks, are evidently had to find.  I suspect they may eventually come up with an industrial use for that gravy. 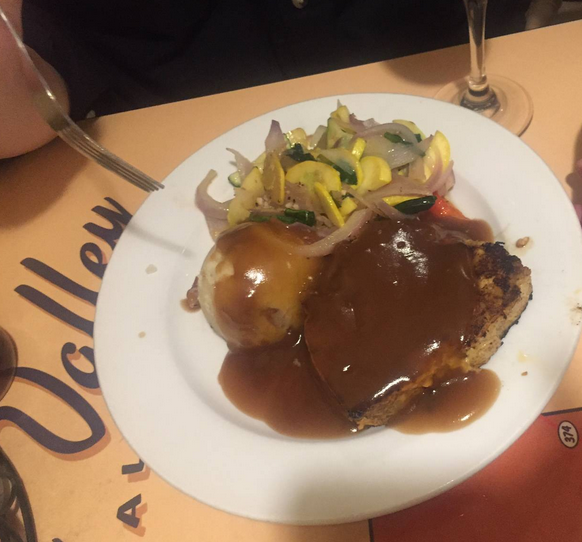 The tables are pretty cool though: 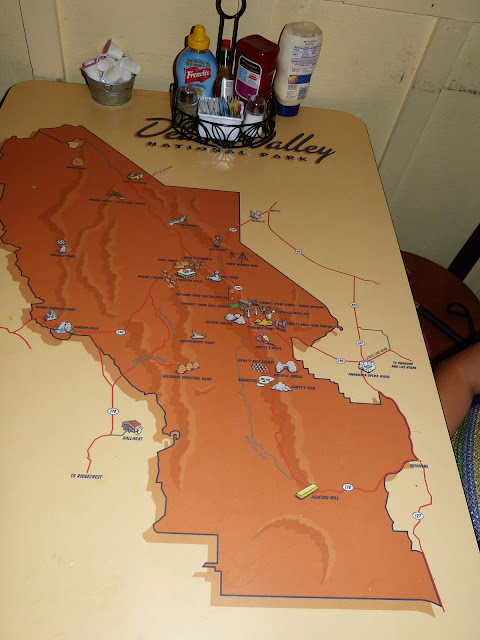 I wouldn’t mind getting me one of them.
* 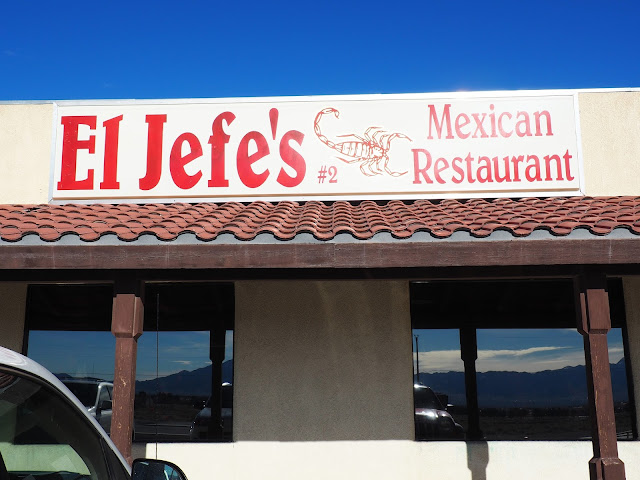 Should you be in Pahrump, Nevada, may I recommend a taco or four at El Jefe’s #2 Mexican restaurant.  When you see birria on the menu you’re not going to pass it up are you? 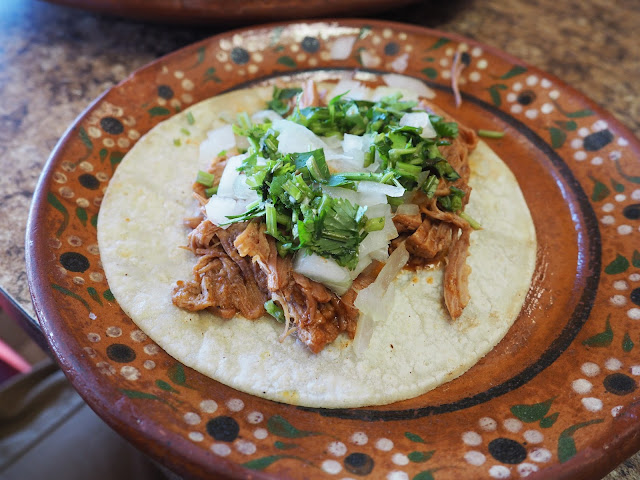 I thought the birria taco was really surprisingly mild and under spiced, likewise these pork ones, but maybe the chefs know their customers to be a bunch of unadventurous gringos.  Sad!  I was tempted by the “bucket of beer” on offer but it being lunchtime I resisted. 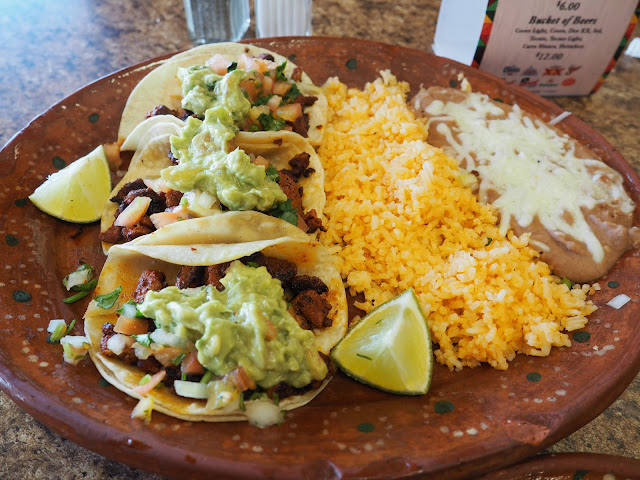 *
If you’re in Primm, Nevada you’re almost certainly going to be inside a casino, in which case, if you’re in search of breakfast, let me point you to the Original Pancake House at the Primm Valley Resort Casino.
There was some kind of loud argument going on in the kitchen that could be heard in the dining room,  a loud male voice could be heard saying, “I’m not taking this shit from HER.”
But it didn’t affect the German potato pancakes, served with apple sauce and sour cream – yep, that was breakfast.  Of champions. 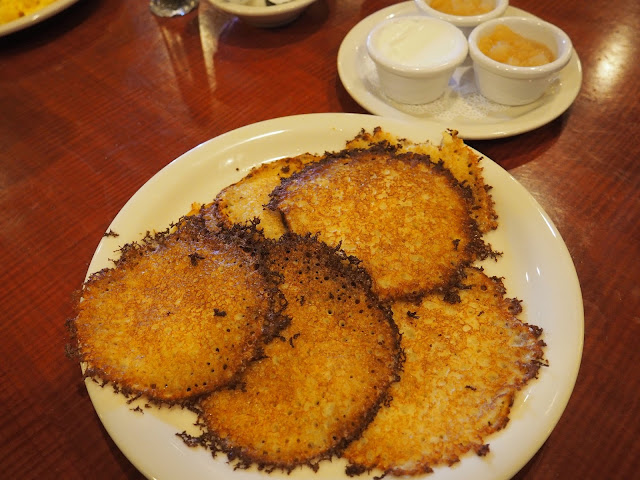 As was this martini, drunk the night before at the bar of GPs Steakhouse. 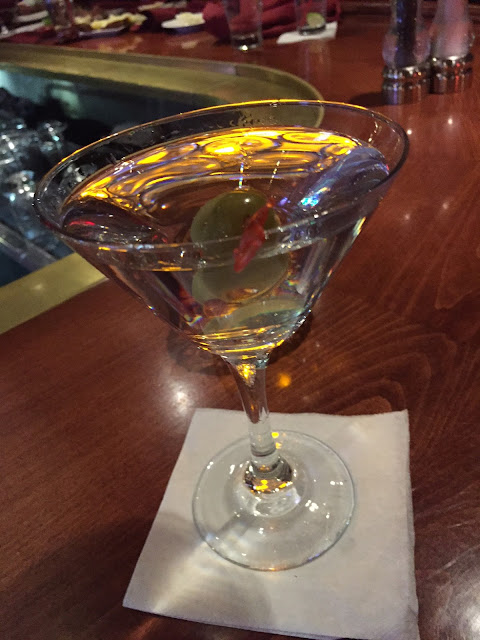 Posted by GeoffNIcholson at 7:24 AM