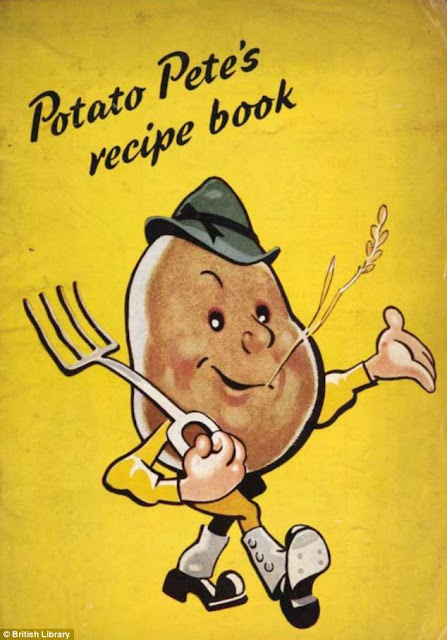 No resolutions or any of that silliness, but I’ve got a feeling 2016 may be a potato-positive year.  I went to my favorite Thaitown supermarket – hard to resist a supermarket with a sign like this: 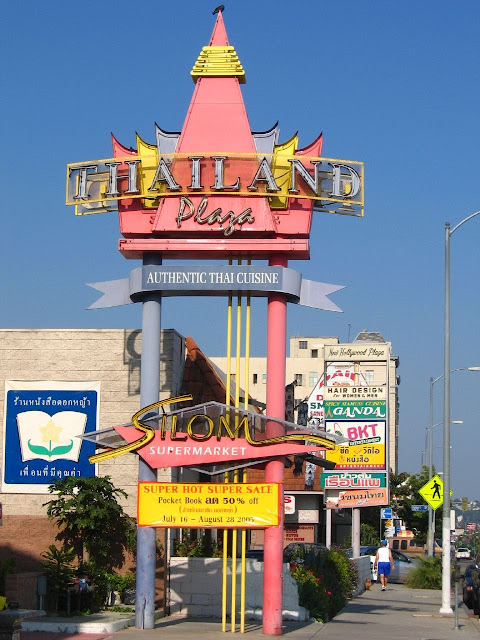 And I bought various curiosities, though I wasn’t sure what I was going to do with them.  I mean how could you resist the fellow on packaging like this? 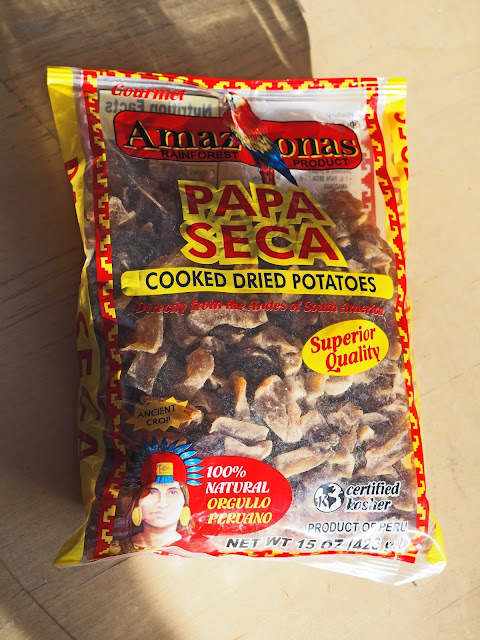 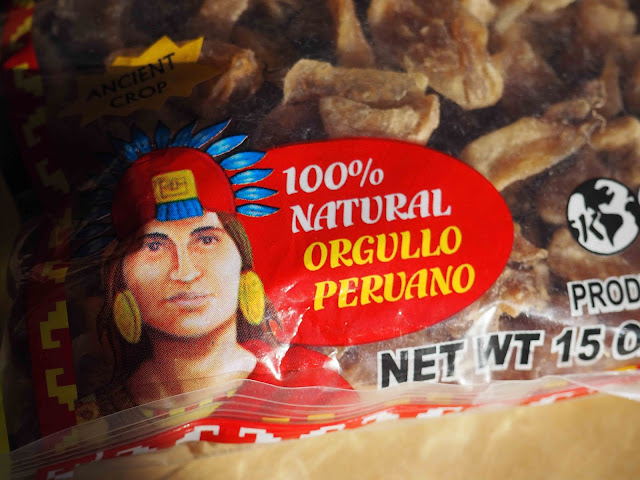 Well you couldn’t and I didn’t.  Papa seco is dried potatoes, and Peruvian of course, not Thai, and we know that the Peruvians have 3 or 4 thousand different types of potato, though the bag doesn’t say what kind we have here. They look like this at first: 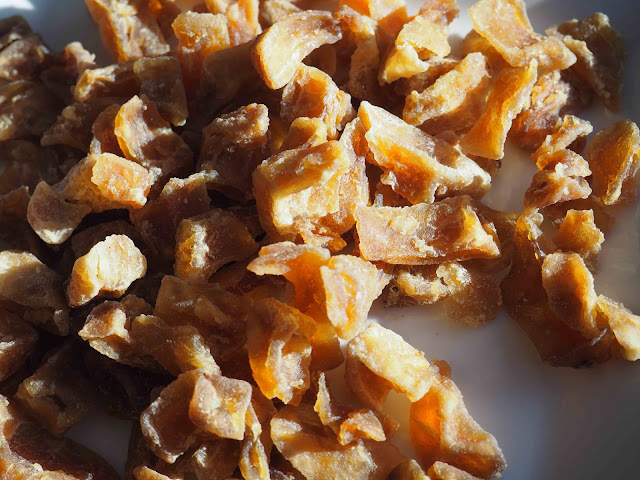 The thing to do with them apparently is make carapulcra – which is a Peruvian meat and potato stew.  First you boil the papa saca, which reconstitutes them, so they look like this: 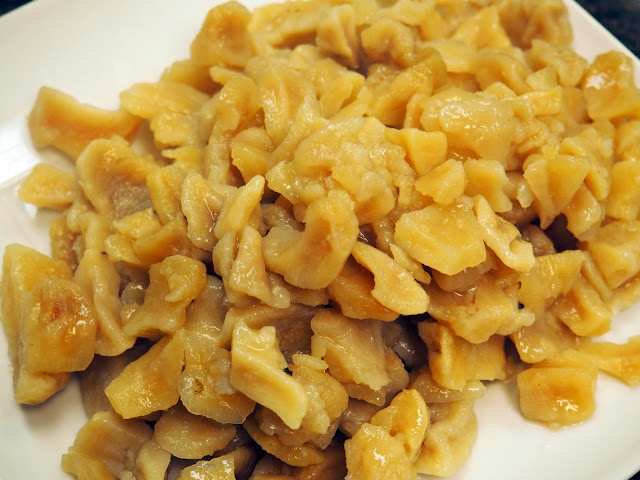 Then you make a stew.  The capulacra recipes I found suggested you could use chicken, beef or pork – I went with pork. You put in onion, garlic, cumin and chile powder, some  stock and white wine, and there you are – a basic exotic stew, though there’s still more fun to come. 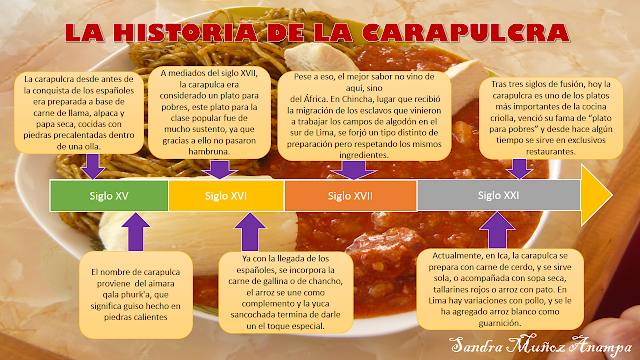 Then – and here’s the beauty part - having made the stew you grind up half a pound of peanuts, and put them in the pot so the end result looks like this: 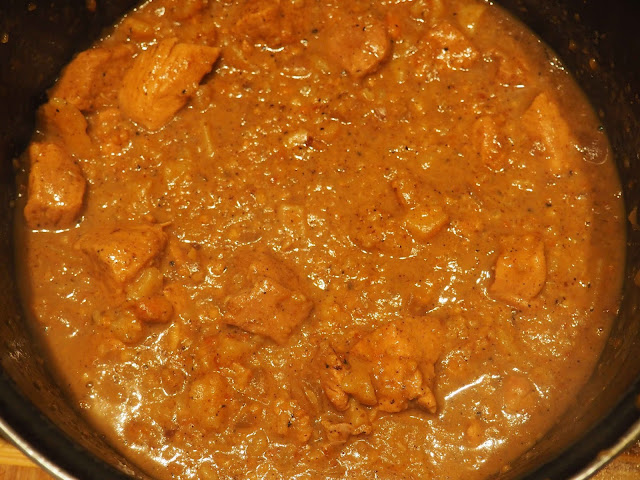 Some recipes suggest you can use crunchy peanut butter but I thought that would be so cheating.  And the end result looks like this (though I was left wishing I’d served it up on a black rather than a white plate). 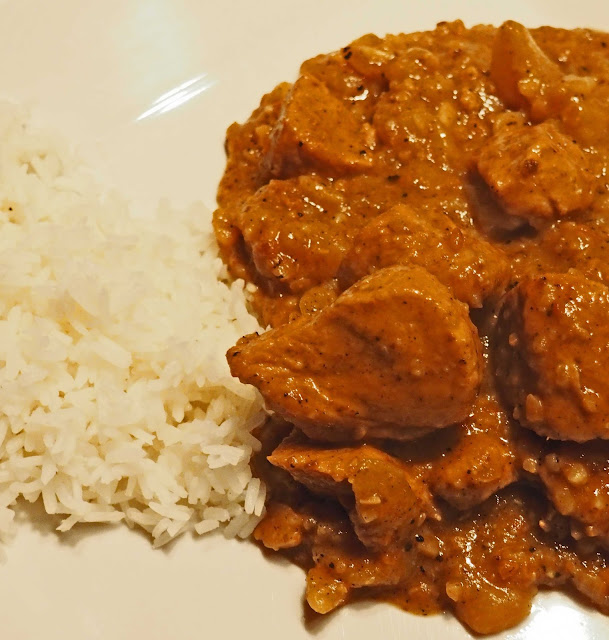 Incidentally, as you probably know, that title “let the sky rain potatoes” comes from The Merry Wives of Windsor and is said by Falstaff.  He’s almost certainly talking about the sweet potato, and since the play is ostensibly set in the 15th century the mention of any kind of potato is anachronistic.  But clearly he's suggesting that the potato is an aphrodisiac.  If only. 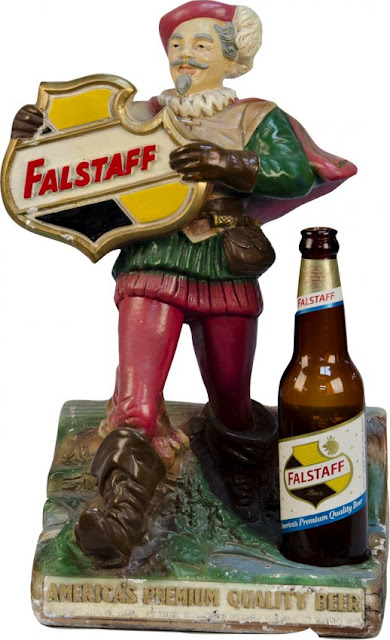 Posted by GeoffNIcholson at 10:42 AM