The new Vanity Fair contains a (frankly rather perfunctory) interview with the great photographer William Eggleston.  The picture below is from an entirely different source - and I'm sorry that I can't find the name of the photographer, nor can I tell you what he's drinking. 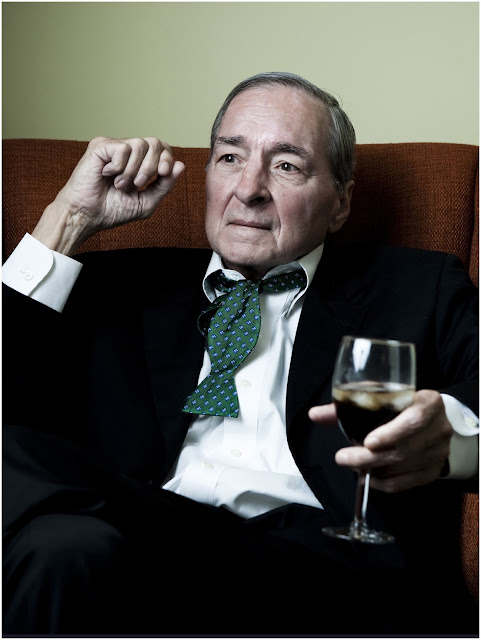 The interview takes place in El Quixote restaurant, adjacent to the Chelsea Hotel.  I used to eat there once in a while when I lived in New York. I always ordered the paella.  My memories aren’t the clearest but I seem to recall the food was pretty good but also kind of overpriced, and there were always tales of people getting upset stomachs, though my own cast-iron constitution never suffered.  And I never saw any of this mob there: 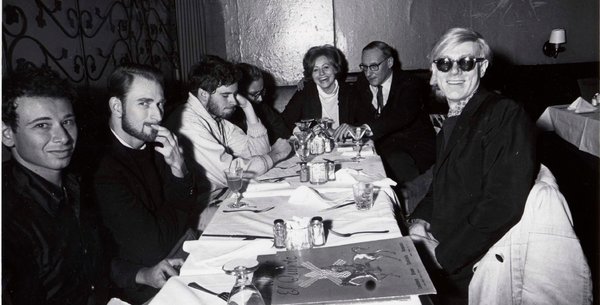 Anyway, during the Vanity Fair interview Mr. Eggleston doesn’t order any food.  If he was going to have any, we’re told, he’d have the “signature lobster,” but he doesn’t.  He has and I'm quoting now, “champagne mixed with vodka in a tall glass,” which strikes me as a drink of pure evil, though at the age of 76, Mr. E is obviously entitled to drink whatever the heck the wants. 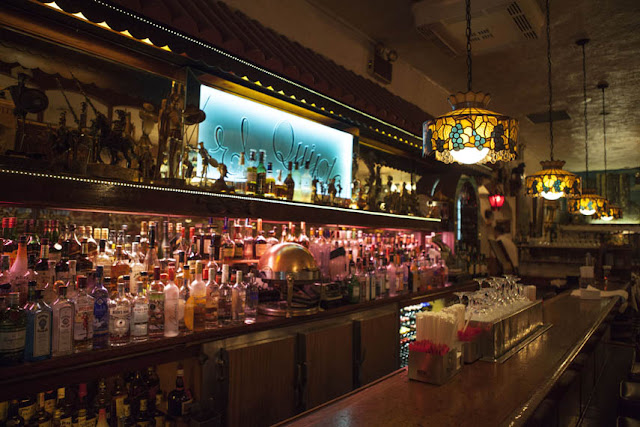 Anyway Eggleston and the interviewer have a conversation in which the scribe discovers that old William likes women and guns – something that any sane person might already have intuited by looking at his photographs, and he rounds off the session by ordering another drink:  double vodka, no champagne.

It doesn’t sound as though the great man took any photographs while at El Quijote – which is a shame because, as I’ve said elsewhere on this blog, his food photographs are among the best ever taken. More than that, William Eggleston is also massively photogenic, and always looks good with a drink in his hand.  The picture above is taken by Stephen Shore, the one below by Jurgen Teller.  A drink in one hand, Charlotte Rampling's head in the other, does it get any better than that? 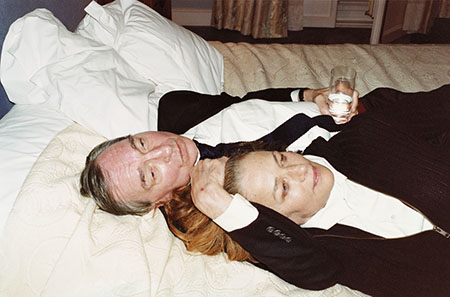 Posted by GeoffNIcholson at 9:31 AM