So it was the Day of the Dead and I was in Palm Springs – you can make up your own joke about that.  And I was sitting at the bar of the Kaiser Grille, and saw they had a “Signature Martini” menu, a list of drinks most of which are not in any conceivable sense a martini - the Antioxidant? – gimme a break. 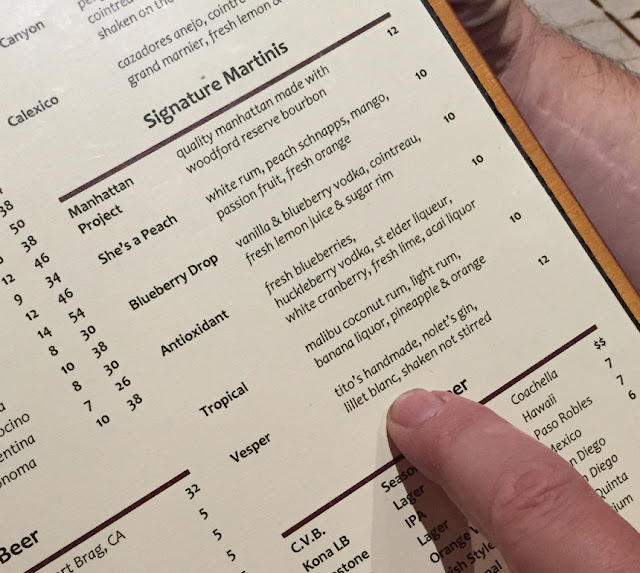 But they did offer the Vesper - pretty faithful to the one in Casino Royale; a variation within the form, rather than a breaking of the form.

And I ordered it and it came – and to be honest it was a little bit sweet for my tastes but that was perhaps to be expected from the Lillet.  But it was fine and it looked very good. 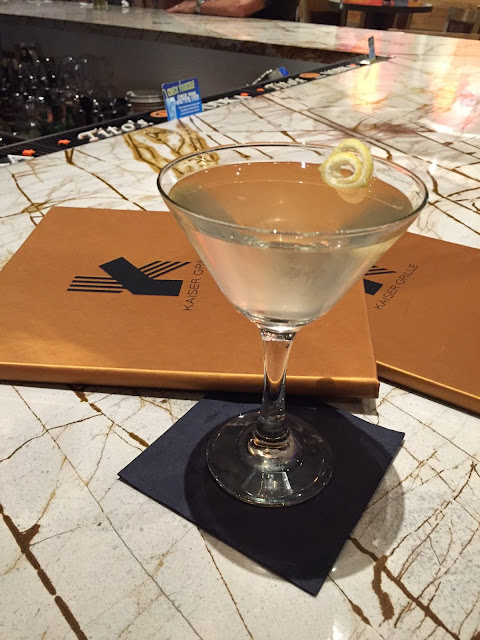 But here’s the thing - and I don’t think this is especially surprising since you’re supposed to think about your dead friends on the Day of The Dead, and I’d been doing that - the bar tender looked an awful lot like my old friend Mick who died last year.  I didn’t tell the bartender this because I think it would have been weird, and I didn’t take his picture because that would have been even weirder, so you’re going to have to take my word for it, but it's true.

Looking through the files I could only find one picture of my friend Mick.  The lighting does make it look as though he could be in a hot, fiery place - actually it’s a curry house in Sheffield.  But he does look as though like he’s having a good time.  He usually did. 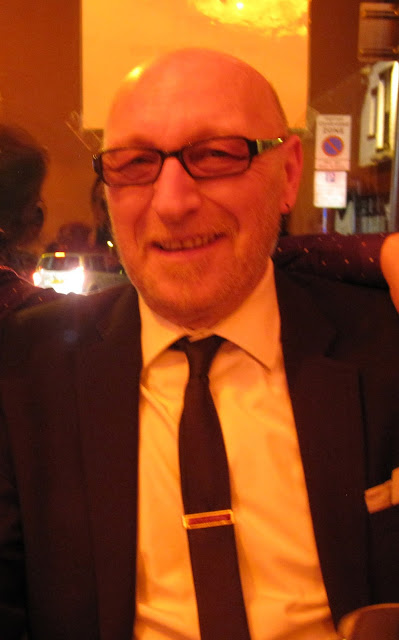 Posted by GeoffNIcholson at 5:24 PM

Email ThisBlogThis!Share to TwitterShare to FacebookShare to Pinterest
Labels: DAY OF THE DEAD, PALM SPRINGS, VESPER