Want to see a picture of a woman holding a very, very big piece of meat?  Of course you do.  Here’s a postcard I bought in Utah (I especially like the white gloves):
As you can see the card celebrates Nebraska Beef, and the back of tells us that the gal in the picture is Connie Blake, from Bassett, Nebraska, who was “Miss Stock Grower” and I think it says 1969 on her sash, though the folds make it hard to read. 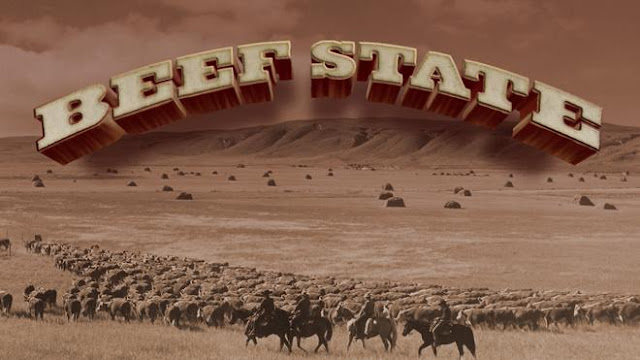 I didn’t realize that beef was such a big deal in Nebraska – I know I probably should have.  According to the Nebraska Beef Council wesbiste5.1 million Nebraska cattle are “fed and marketed” each year.  They provide this picture of a feedyard. 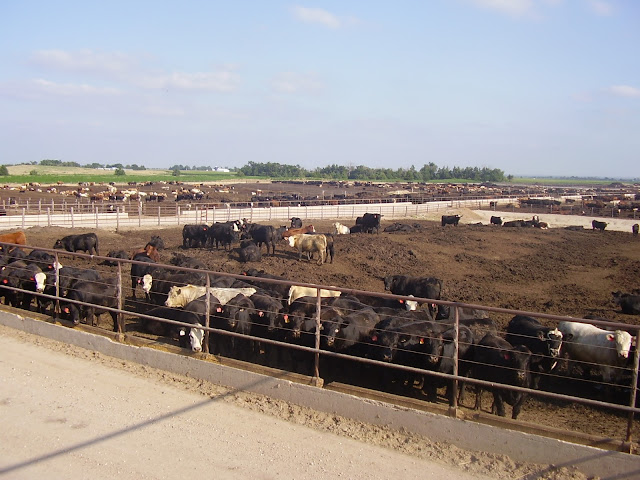 It may be wrong of me, but I can’t help feeling just a little nostalgic for the days when you could sell beef by exploiting a woman in a red pantsuit and cowboy hat.
Posted by GeoffNIcholson at 3:25 PM