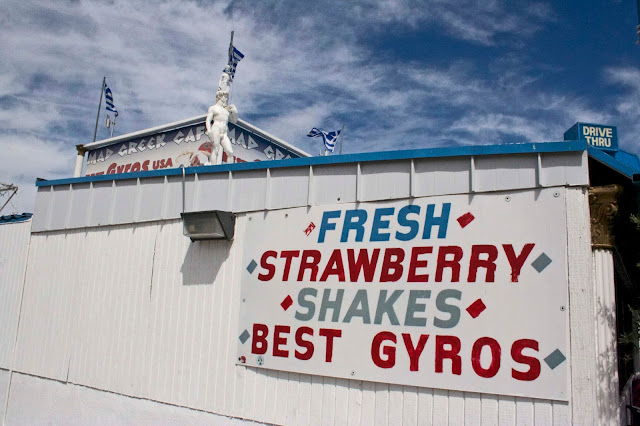 I was on the road, and had stopped in Baker, in the Mojave desert, to eat at the Mad Greek, a very decent diner (way better than any diner in Baker needs to be), good food served in a setting of over-the-top Hellenic decoration.  I had the lamb gyro. 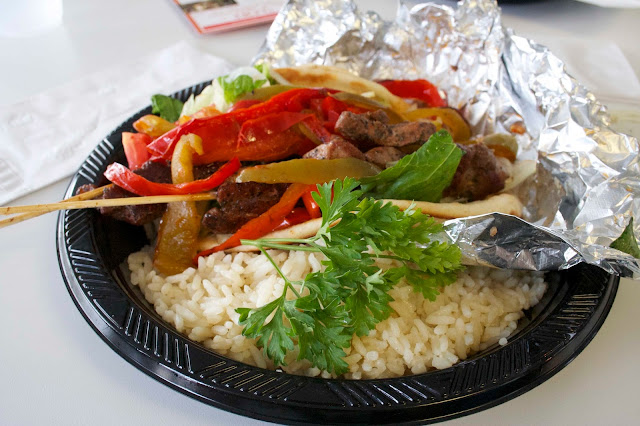 A few tables away sat a family consisting of a very loud child, a mother, and two grandparents.  The grandfather, something of a patriarch by his looks and behavior, and also (I think) Greek, was not having a good time.  He said, more than once, loudly, in what I took to be a Greek accent, “This is very low class food.”

Well of course I don’t know what he was having – maybe he’d got a bad kebab – but, as I say, in general the food is way better than you have any right to expect in a nothing little town in the desert.  And it did occur to me that there may have been things other than the food spoiling his meal, the pressures of being a Greek patriarch perhaps, but he was taking it out on the food, and eventually he stormed outside for a good smoke.

I thought he was an annoying dolt, but he did set me thinking about the different ways people react to bad food.  Anger is the obvious way – as the reviews on Yelp so clearly demonstrate - and yes, anger gives you a certain release and power in an unpleasant situation, and I’m not pretending that I’m immune to that.  But sometimes anger just doesn’t feel like the appropriate response.

On this same road trip, I ate at a Chinese restaurant in Delta, Utah called Top’s City Café.  That had obviously been the name of a previous incarnation, but the new owners hadn’t changed it, for whatever reason.  The interior still looked like  a very cool, classic diner, though as you can see business wasn’t especially brisk. 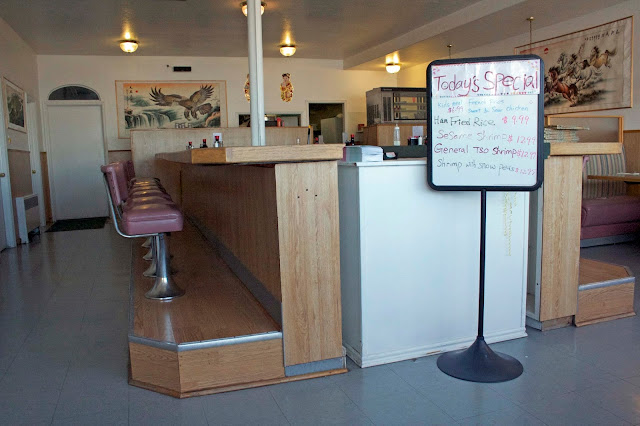 I ordered the Cashew Chicken which turned out to be strips of dry, flavorless chicken, overwhelmed by veggies in a bland, glutinous sauce.   It actually looks much better than it tasted, which is a problem we bloggers sometimes have: 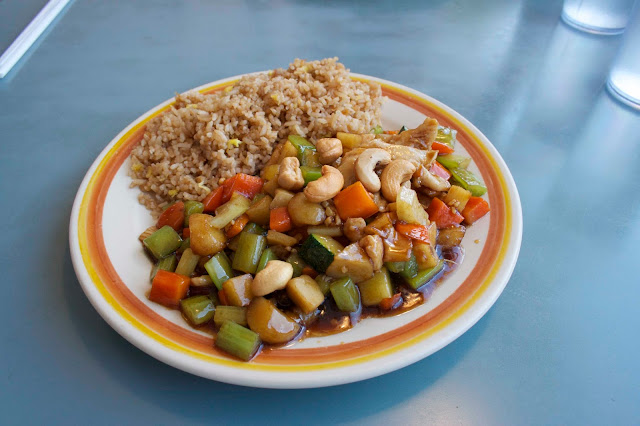 It was pretty bad but it didn’t make me angry.  It made me very sad, because obviously the people running the place were good people – the Chinese waitress was cheerful and attentive, and the cook, an older Chinese man, appeared from the kitchen from time to time and looked around the restaurant in a concerned way.  Clearly they were not indifferent, clearly they were trying hard, but they were failing.
And we come to that old thing – not the Kitchen Nightmare thing – that if only some Gordon Ramsey type could breeze in and do a bit of swearing, then everything would be all right.  No, rather that maybe it would be better for all concerned if the chef found something else to do, something he was good at. Meanwhile they could get a good new chef for the kitchen. I had a distinct feeling this was not going to happen at Top’s City Cafe, and that was saddest of all. 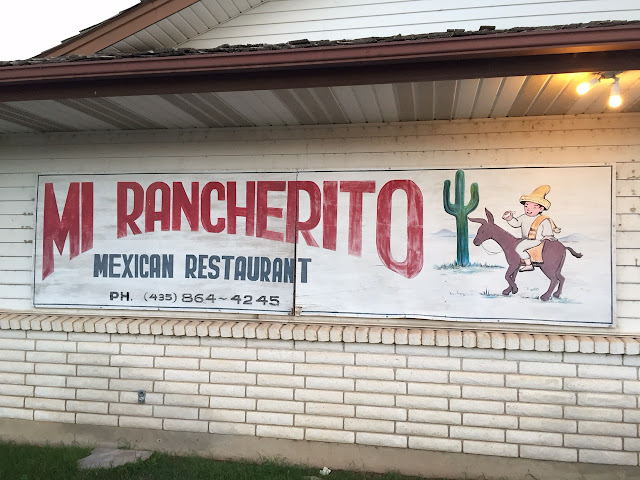 But not everything in Delta was sad.  Up at the other end of town there was a place called Mi Rancherito, proclaiming itself to be a Mexican restaurant, although there was a huge Salvadorian flag displayed inside: maybe it was fusion.  The carne asade was wonderful: much better than it looks in this pic (see above). 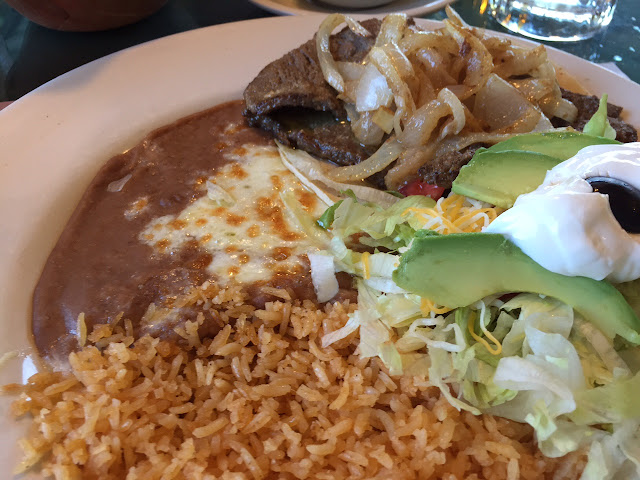 But here’s the thing: were the people working in Mi Rancherito and less attentive or caring than the people in Top’s City Café?  Were the Mi Rancherito crowd trying harder: no, both lots were trying just as hard.  But the cook, was just very, very much better at what he or she did.  And this is the real thing, which may seem obvious, but doesn’t get said nearly as often as I think it should: being good at things really gives you an unfair advantage over people who are less good.


Posted by GeoffNIcholson at 4:44 PM