THE PIKEY AND I 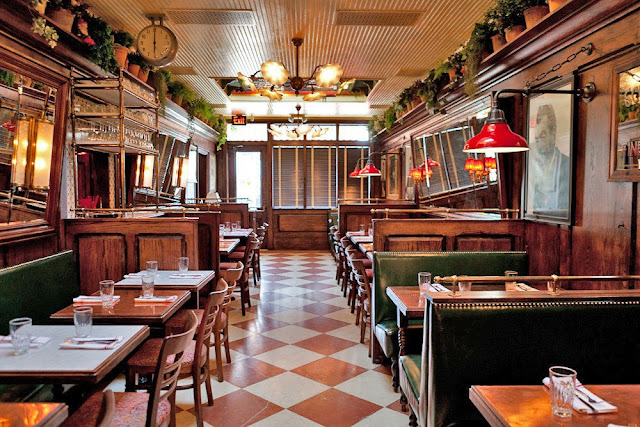 Lord knows I don’t seek out British food in Los Angeles, and yet I often seem to find it, or perhaps it finds me.  And so, a few days ago, I had lunch at the Pikey Café and Bar on Sunset Boulevard, actually more of a gastropub, that used to be just a plain old faux English pub called Ye Coach and Horses, the name of which was enough to keep me out.  But I do wonder where the neon sign is. 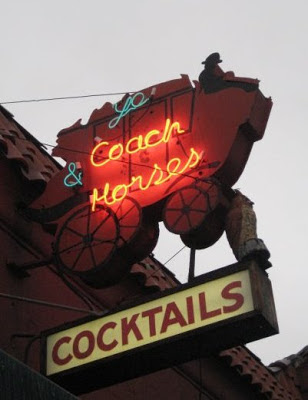 The Pikey, at least at lunchtime, is brighter and more welcoming than 95% of all the pubs in Britain, which in a sense makes it inauthentic.  A REAL British pub is incomplete without some tragic barman exuding surliness from behind the beer pumps.   Here there was polite, enthusiastic, waiter service, and a menu that included “Slow Roasted Pork Belly Sandwich with Horseradish Cream, Cornichons, Watercress & Chips.”  Why look further?  However, this dish was off the menu and perhaps had never been on.  We were there at 1 pm and the place was pretty empty: how many slow roasted pork belly sandwiches could they have sold by then?

Just as galling – there was a menu on a chalk board above our heads, and on it was “Crispy Pig’s Ear Salad with Young Kale & Mustard” – OK, I thought I’d have that, but no, that was only available in the evening.  Yes, OK, I understand the evening menu is always going to be longer and more complicated than the lunch one, but did it have to hang over our heads to taunt us? 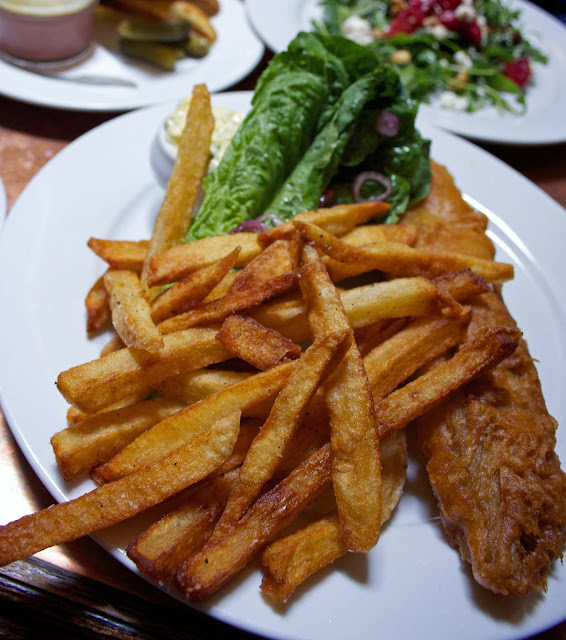 So I had the fish and chips.  The Pikey offers “thrice cooked chips,” as in French fries, a concept recently popularized by Heston Blumenthal, though I think Joël Robuchon got there first. Of course, most chefs reckon that all French fries should be cooked twice, as in fried and then fried again, but Robuchon and Blumenthal blanch or parboil theirs before the first frying. 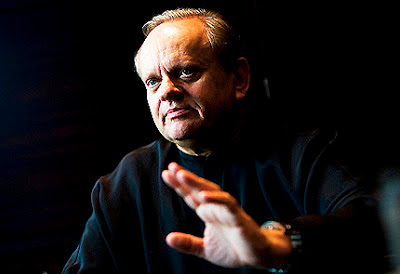 However, in The Man Who Ate Everything, Jeffrey Steingarten offers a recipe that purports to be the method Robuchon uses at home, and that involves cooking them just once.  You start the process with the oil at room temperature, put in the potatoes, then gradually raise the heat.  This in fact is how I cook French fries, and it works well enough for me, and Harold McGee says this is a method for producing “good fries,” though by implication not great ones.  Anyway, would it be churlish of me to say that the thrice cooked chips I had at the Pikey were a bit overdone? I’m sure it’s a matter of taste, but twice and a half would have been enough for me. 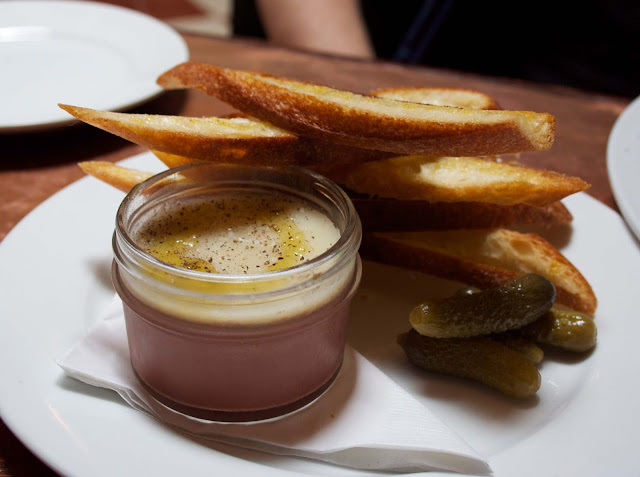 Actually the "Potted Chicken Liver with Clarified Butter" was the best thing we had.  Funnily enough there used to be a lot of potted meat in our house when I was growing up.  Back them I could never stand it.  Now it seems a glorious thing.  I’m pretty sure that my mum favored Shippam’s brand, though I can’t absolutely swear to it.  Now however I see that Shippam's seem to have got a bit grand and no longer make potted meat, but rather a product called Beef Spread.  I’m not sure that sounds any more gourmet, but presumably their marketing company thinks so. 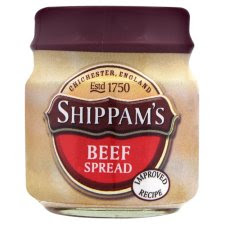 Oh and as a final note, the Pikey cocktail menu offers something called a Ginger Minge. A real bit of British class.

Posted by GeoffNIcholson at 12:15 PM