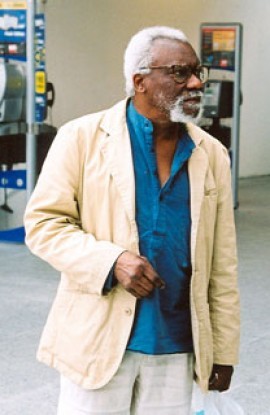 Back in the day when I lived in London I would occasionally find myself at literary parties talking to the Montserrat poet Archie Markham (that's him above), who had worked for Voluntary Services Overseas in the mid 1980s, as “media co-ordinator” for the authorities in Enga Province in Papua New Guinea.  Even he admitted this job largely consisted of writing reports that nobody ever read.

Being something of a provocateur, I said the only thing I knew about Papua New Guinea was that the inhabitants had a bit of a reputation for cannibalism.  Archie pooh-poohed the idea.  This was at best ancient history and at worst an ugly rumor spread by the colonial oppressor.  He didn’t quite accuse me of being one of their number, but I reckoned his thoughts were headed that way. 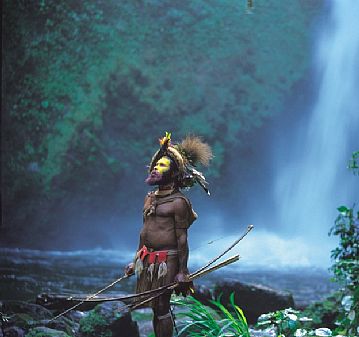 Now, over the weekend, we learn that 29 people in Papua New Guinea have been arrested for belonging to a cannibal cult, and they’re charged with the murders of seven “suspected witch doctors.”  The local police commander Anthony Wagambie said that the cult members “allegedly” ate their victims' brains raw and made soup from their penises.  "They don't think they've done anything wrong,” he said.  “They admit what they've done openly." 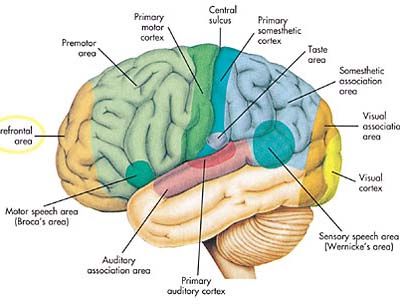 The “suspected witch doctors” had “allegedly” been practicing sorcery or "sanguma,” extorting money, and demanding sex from poor villagers in exchange for their supernatural services.  Well you can see how, at a certain point, the villagers might have had enough.

But, of course the villagers didn’t just kill the witch doctors as simple revenge, they killed them apparently so they could eat their flesh, believing that would  give them supernatural powers, including making them literally bullet-proof.

"It's prevalent cult activity," Wagambie said, and he claimed there could be between 700 and 1,000 cult members in villages in PNG's remote northeast interior, and all of them might have eaten human flesh.  He said  he expected that police would make about 100 arrests over the weekend for cult-related crimes. He also added that out of seven victims, the remains of only four had been found.  As for the others, "They're probably all eaten up," he said.  And the bones? 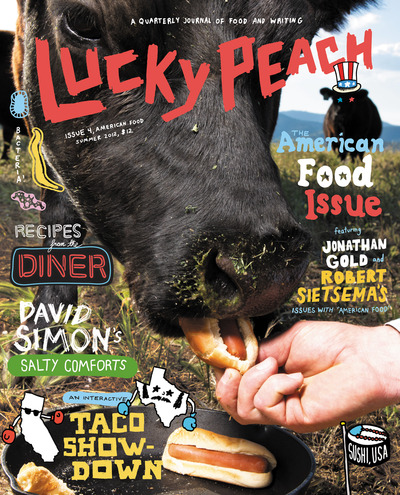 The cover of the current issue of Lucky Peach magazine (above) shows a cow being fed a hotdog,  which certainly strikes me as a kind of cannibalism.  And inside there’s a conversation between Jonathan Gold and Robert Sietsema in which they discuss many things, including brains.  We learn about a place in LA, named Pigg, run by one Chris Consentino that serves “poutined out French fries”  -  and they come with a condiment called “brainaise” “basically whipped pig brains with a little bit of vinegar” according to Mr. Gold.   That's him below on the right. 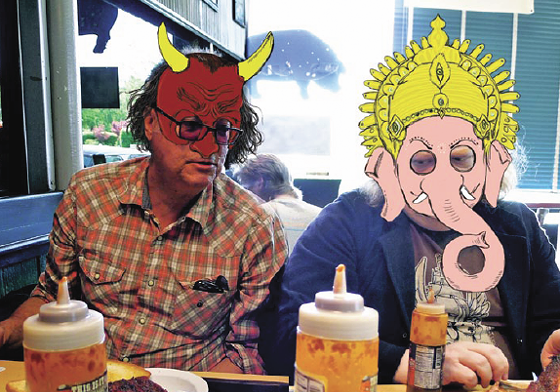 Ultimately, and for all kinds of reasons (he mentions things in Papua New Guinea though obviously Lucky Peach went to press long before recent events there), Gold is not a fan of brains  - “it tastes like tofu but it comes from a skull.” He also suggests that if you eat human brains you’re actually very likely to die of some hideous disease.  Of course that may be a small price to pay for being bullet-proof, though perhaps to achieve that you’d need to eat penis soup as well. 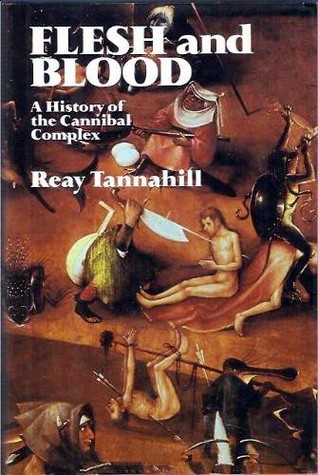 A final note from Reay Tannahill’s Flesh and Blood: A History of the Cannibal Complex. She writes, “In some areas of New Guinea … it is incumbent on the father of a newborn child to kill a man who is known to him by name.  The victim’s brain is extracted … then cooked – with sago! (her exclamation) – and ceremonially eaten.  Thereafter, the new child takes the dead man’s name.  When the Dutch colonial government tried to put a stop to this singularly un-Christian mode of christening, the tribes would have none of it.  How otherwise, they demanded, could they name their children?"

Posted by GeoffNIcholson at 8:03 AM