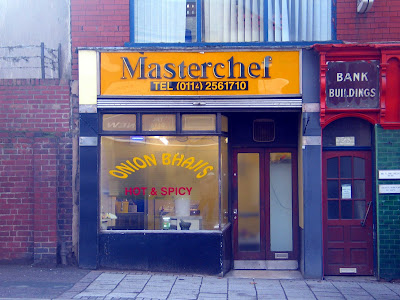 I’ve been watching the latest Gordon Ramsay Masterchef on Fox.  It’s annoyingly compelling.  I remember the ancestor of the show, which was on British TV in the 1990s when it was introduced by Loyd Grossman, a man with a bizarre, and easily imitated, Anglo-American accent, which somehow was always part of his appeal.  I thought he’d have foundered on the rocks of minor television celebrity by now, but nah, he’s still a figure in the UK, where he markets a range of sauces, which I suppose somebody must buy. 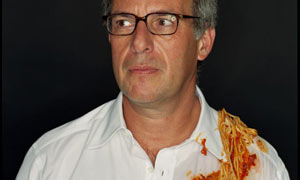 In the late 1980s Grossman and his brother opened a restaurant in London called Columbus.  Craig Brown gave it the worst review I’ve ever seen, so elegantly abusive that I have, of course, kept it in the Nicholson archive.  It’s full of good lines, but the highlight is when Brown is served blinis with sour cream and salsa verde.  He writes, “… it looked as if somebody had been sick over a passing plate.  The taste, too, was not dissimilar.”  That's Craig Brown below. 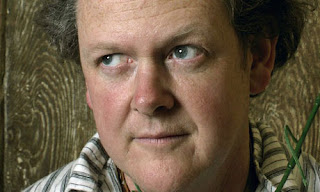 I always used to watch that early Masterchef with my mum when I used to go visit her in Sheffield, and yes, it was annoyingly compelling too, and no we could never take it quite seriously.  There were just three contestants per show, and the problem was that it became incredibly formulaic incredibly quickly.  I’m sure this isn’t literally true, but as I recall in every show one contestant always cooked medallions of venison, and another cooked monkfish.  Coulis and kiwi fruit were generally involved too.  And then there was a Junior Masterchef where unsettlingly precocious children would come and also cook venison and monkfish.  Watching that show was a bit like picking a scab, yes it kind of hurt but you couldn’t stop yourself going back to it.  Apparently there's been an incredibly successful Australian version. In the spirit of irony I did once get the application forms to become a contestant on British Masterchef, not the junior version.  I’m not sure I’d actually have applied, but in any case I wouldn’t have been allowed to. It was strictly a competition for home chefs, and if you’d cooked professionally at any time in any capacity you were ineligible.  Those months working at the Bath Hotel in Cambridge ruled me out.
No such restrictions apply to the US version: I checked out their application form too.  I guess they reckon that in this day and age every damn fool has cooked professionally at some time or other.  The form however is a good deal more probing than the British one. “Have you ever hit somebody in anger or self-defense?”  it asks.  “If so provide details.” “Have you ever had a restraining placed against you?”  “Have you ever been treated for mental illness?” There’s no suggestion that any of these things is a deal breaker. 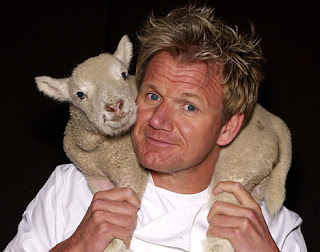 But by far the most curious thing on the form is the section that invites you to “Describe your feelings about Gordon Ramsay.” Interesting word that “feelings.”  They don’t care about thoughts or opinions or well-founded analysis, just feelings.  Ah, we owe so much to Oprah.
I was too late to apply for  Masterchef this year, and if I’d know that one of the early challenges involved slicing apples for a couple of hours, I’d have been pretty reluctant anyway.  On the other hand, looking at some of the nightmare dishes that even those in the last 18 are serving up, I don’t think I’d have completely humiliated myself.  Easy enough to say that from the couch, I know. 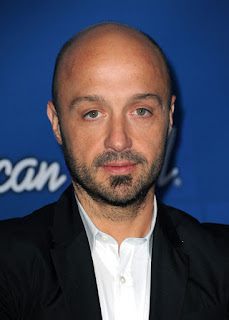 Anyway, my current feeling about Gordon Ramsay is that he’s being edged out of the spotlight by one of the other judges - Joe Bastianich (that's him above), a man for whom the culinary world is still full of surprises.  In the first few episodes of the new show he revealed that he’d never eaten haggis, never had a sausage roll, and never tasted alligator.  You have to think he should get out more. 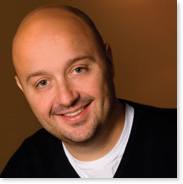 Bastianich, it turns out, used to be a jolly fat man (above), but now he’s lean and mean, and looks as though he spends many an hour in front of his bathroom mirror practicing the stink eye, and he’s got pretty good at it.  However, it does look like a bit of an act.  At least Gordon’s casual bile seems to come straight from the heart.  My money’s on Gordon eventually regaining the lead in the venom stakes. 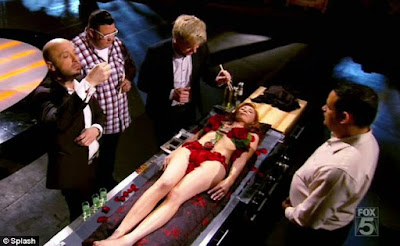 There was one thing on the new Masterchef that would never have been seen in the old British version, and certainly not on the junior version, and that was a semi-naked woman covered in sushi and rose petals, the latter not to be eaten, I think.  Of course the contestant who presented this silliness didn’t get through to the next round, and I’m sure nobody, least of all the producers of the show, ever thought he would.
But personally I’ve never understood why it has to be sushi that’s always served on a semi, or indeed entirely, naked woman.  Wouldn’t chicken curry be just as good?   Steak and kidney pie?  Tripe and onions?  Why not?  Maybe I’ll give that a whirl if I enter Masterchef next year. 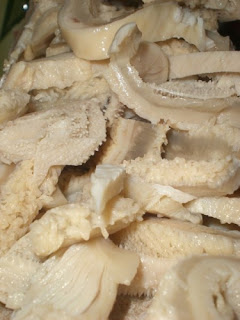 Posted by GeoffNIcholson at 2:49 PM