FUN WITH DICK AND FANNY 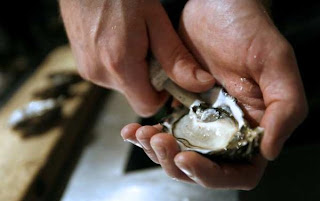 It was my birthday at the weekend.  Birthdays are always tricky I find, and never without anxieties and unfulfilled expectations, but this was one of the better ones.  On the night of my birthday we went to District, a restaurant on Sunset Boulevard, and among other things had oysters from Washington – the Loved One’s home state.
Jay Rayner, mentioned in a previous post, wrote in a recent piece in the Guardian, “Advice to women: if a prospective lover denies a taste for oysters and sea urchins, … then give it up as a bad job. That coupling will never be satisfactory.”  I assume this is a not so veiled reference to oral sex but obviously he’s totally correct.  Likewise I’d say don’t marry a woman who doesn’t like sausage.  That's Jay Rayner below on the left, with oysters, in case the previous post created any doubt. 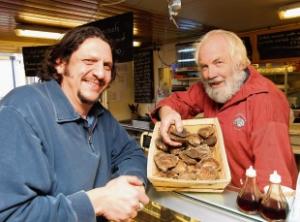 We also had some cardoon gratin at District.  I had never eaten cardoon before, although I’d grown it very successfully in my garden in Suffolk, and it’s a great architectural plant.  They’re related to the artichoke but you eat the stem, and you have to blanch them, which I understand involves wrapping them in straw, and I just never felt able to take it on, but I’m very glad somebody else did. 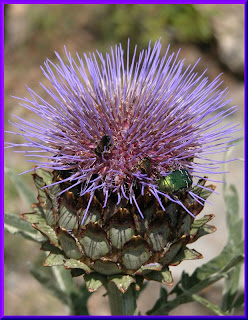 The District cardoon gratin involved gruyere, béchamel and breadcrumbs and was absolutely wonderful.  Arguably you could say that a piece of cardboard would taste pretty wonderful if it involved gruyere, béchamel and breadcrumbs, but I think that would lack an intrinsic celery-like sourness.
Then on Saturday night I went to somebody else’s birthday party at house up in the Hollywood Hills, a house (that a little Googling reveals) belonged or possibly still belongs to Pauly Shore. If you're interested, it looked pretty much like this: yep, that's an infinity pool. 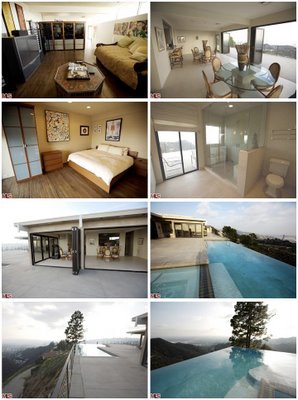 There was a vegetarian buffet which was excellent – I got more than my share of grains – and also a hotdog cart where I got a hotdog, possibly artisanal. And OK, since you ask – it was Mark Z. Danielewski’s party – a man who shares a birthday with Mark E. Smith of the Fall, though I don’t imagine Mark E. celebrated with a vegetarian buffet.
Pauly Shore, need I say, was not at the party but Bret Easton Ellis was.  I once interviewed him for a British newspaper and I remember him eating Japanese crackers obsessively throughout our chat. 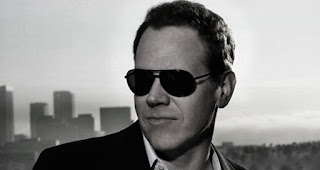 But I can never think of him without thinking of that devastating scene in American Psycho where Patrick Bateman coats a urinal cake in chocolate and makes a girl eat it.  The scene in the movie script runs thus, with Reese Witherspoon as Evelyn: 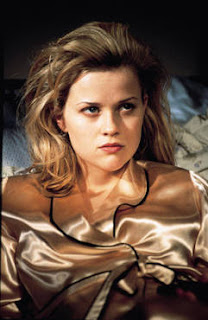 EVELYN's face twists and contorts with displeasure.  Anxious to please PATRICK, she swallows a second mouthful.
EVELYN
It's so... minty.
(beat; then)
It just... so minty.
It’s funny because I think we’ve all contemplated coating a urinal cake in chocolate and feeding it to Reese Witherspoon.  Haven’t we? 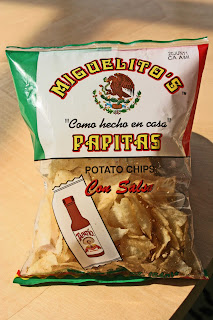 Earlier tonight, as the birthday mood fades, I ate pack of potato chips, actually Miguelito’s Papitas “como hecho en casa” which looked authentically Hispanic, though they seem to have been made by Premium Snacks of Oxnard, California.  The best part was a tiny sachet of hottish salsa that came inside the pack, not entirely unlike the English potato chips of my youth that came with a little packet of salt.  Adding things to potato chips by hand is an oddly satisfying thing, far better than having them ready flavored, even by artisans.  Thus we add to my archive of potato chip knowledge. 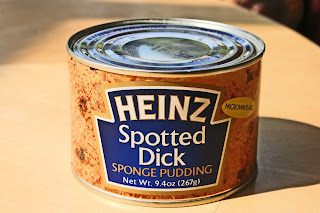 And once I’ve done this blog post I shall round off the evening, and call the birthday season over, with a canned spotted dick.  In fact I never ate spotted dick growing up – it’s just a sponge pudding for Pete’s sake - but there’s a store in Beachwood Canyon that sells it as an English delicacy and I think they should be encouraged.
My friend Bill Bray, who shares my birthday, sent me birthday greetings and reminded me of the time we ate Fanny Bay oysters in the oyster bar at Grand Central station in New York.  Fanny Bay is in British Columbia and no distance from Washington state.  Bill (obviously) is a Piscean and a man after my own heart and it doesn’t surprise me in the least that we would have ordered oysters with fanny in their name.  We are serious men but the English sense of humor dies hard. 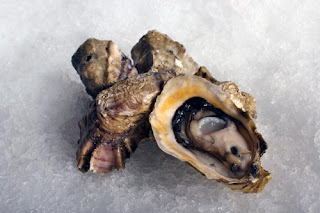 Fanny and dick, ah me, though of course in America fanny means the rear end, whereas in England it means the vulva.  When the Loved One used to direct photoshoots for men’s magazines she’d sometime say to English models stick your fanny out – with hilarious consequences.
Dick, of course, is much the same in any language.
Posted by GeoffNIcholson at 8:57 PM