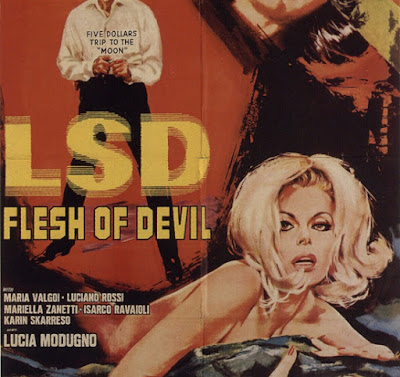 Augustus Owsley Stanley, psychedelic pioneer and mass producer of acid died last week, killed in a car crash in Australia, aged 76.  I suppose a lot of people didn’t even know he was alive, and I certainly wasn’t sure.  Within the last six months I’d thought of Googling him to see what he was up to, but I never quite got round to it.  Here is below, on the left. 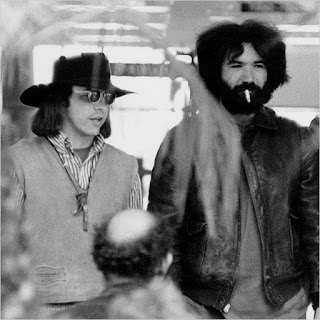 And as the obituaries roll in I’ve found out a great many things that I probably should have known already, that he pioneered state of the art PA systems with the Grateful Dead, that he made jewelry, that when he was making LSD as the Bear Research Group, one of his main suppliers was the Cyclo Chemical Company run by Milan Panic who later became president of Yugoslavia.  Charles Perry, former food writer for the LA Times, and once a roommate of Owsley’s, is the source of that last bit of information.
And I’ve learned, not with absolute surprise, that Owsley had some curious eating habits.  He favored an all-meat diet, having read of the good health enjoyed by Eskimos.  When he had a heart attack in the early 2000s, he didn’t blame the meat but some poisonous broccoli he'd been fed as a child.  There’s also a story that in the early '80s while he was receiving treatment for throat cancer and couldn’t eat solids, he had pureed steak injected directly into his gut, though that has an apocryphal ring to it. 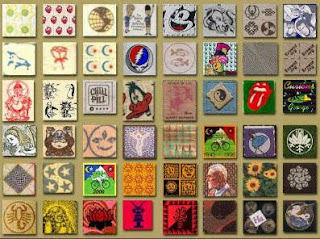 I think most acidheads are not great food lovers, and vice versa.   Certainly there’s some received wisdom that a full stomach can delay a trip, and that acid can cause indigestion, but there’s little solid research of the subject.  In truth I think few trenchermen pass the windowpane around with the port.
Nobody seems to worry anymore that our enemies will spike our drinking water with LSD – I guess al-Qaeda just don’t have the technology – but maybe  we should worry more about our friends.  A recent piece in the London Daily Telegraph “solves” the mystery of the “cursed bread of Point-Saint-Esprit.”  Back in 1951 the inhabitants of that French village experienced severe hallucinations and insanity.  Five died, one man tried to drown himself, another jumped out of a window thinking he could fly, one man saw his heart escaping through his feet, some thought flowers were growing out of the bodies, some thought their heads had turned to molten lead.  Below is an image from the funeral of one of those who died. 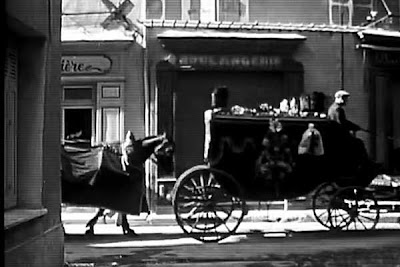 It all sounds very Hieronymus Bosch, and as with Bosch, for a long time it was attributed to some ergot in the local  bread.  Below is Bosch’s allegory of gluttony and lust, which I think looks less fun than it sounds. 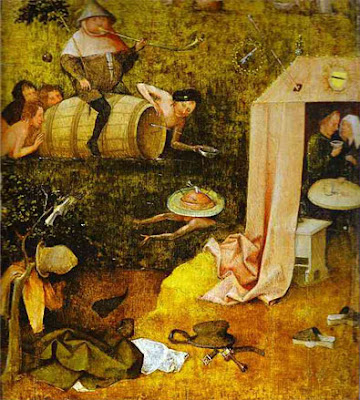 But now, according to the revelations of former spook Hank Alberelli it seems that the CIA were responsible for the shenanigans in Point-Saint-Esprit.  They were conducting mind control experiments for use in interrogations (a long way from home apparently), and somehow or other they sprayed LSD into the air near Point-Saint-Esprit and the food supply got contaminated.  Incidentally, The French press is every bit as skeptical about this as I am.
These hallucinations of escaping hearts and melting heads suggest this was some very, very bad acid, though I suppose if you’re using it to interrogate prisoners you don’t want them to have a nice mellow trip.  Owsley would have been horrified, although of course it was long before his time.  He was a producer a quality product.  For that matter there’s no way in the world that the all meat eating Owsley would ever have touched bread, ergot ridden or not.  His website contains an essay, titled “Diet And Exercise” in which he writes that carbohydrates and vegetables “aren’t really food” that protein and fat are all a body needs.  I guess that isn’t exactly the current wisdom on nutrition, and the heart attack and the throat cancer raise a question or two, but as far as I can tell he was still going strong at 76 and it took a one car road accident to finish him off.  We should all be such acid casualties. 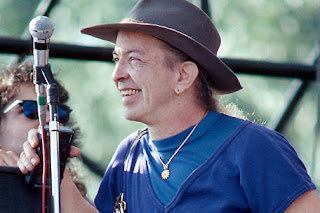 Posted by GeoffNIcholson at 5:12 PM