EATING MYSELF AND OTHERS 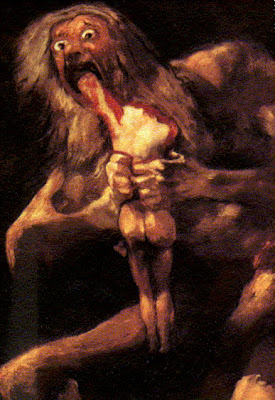 The Loved One and I were eating dinner and discussing Goya’s painting “Saturn Devouring His Children,” you know, the way you do.  She’d known it since childhood, from an art book her parents had in the home.  Her father had told her that parents were perfectly entitled to kill their own children (don’t ask), although at least she knew she wouldn’t be eaten, since her father was a vegetarian and health food nut.

Now Goya isn’t an open book to me, but when I look at that painting I don’t see anybody eating a child, and certainly not children in the plural.  I see a monster eating what appears to be a grown woman, and certainly Goya himself never gave the painting that title.  It was added later by art historians who wanted to class it up by giving it a mythological basis.

The original myth, depicted more convincing in the above picture by Rubens, has it that Saturn (which is the Romanized name of the Greek god Cronos) has been told that one of his children will overthrow him and so each time a new one’s born he eats it: birth control being at a primitive stage back then.  Since Saturn had deposed and castrated his own father, you can see he might have worried about this stuff more than the average dad. 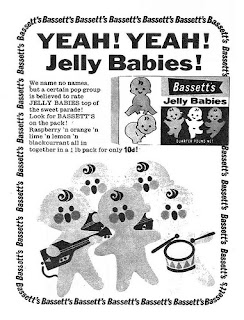 I, of course, grew up eating babies – Jelly Babies.  I was born in Sheffield less than half a mile from the Bassett’s factory.  That’s how it was: the men made steel, the women made sweets.  Looking at pictures of today’s Jelly Babies they seem far less anatomically detailed than I remember them, but I could be wrong about that. 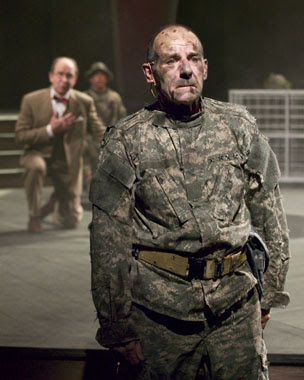 Naturally we fell to talking about Shakespeare’s Titus Andronicus (that's him above) which features a character by the name of Saturninus, father of Chiron and Demetrius.
Titus tells Saturninus that these sons have ravished his (Titus’s) daughter Lavinia and cut out her tongue, leading to the following exchange:
SATURNINUS:  Go fetch them hither to us presently.
TITUS ANDRONICUS:  Why, there they are both, baked in that pie;
Whereof their mother daintily hath fed,
Eating the flesh that she herself hath bred.
'Tis true, 'tis true; witness my knife's sharp point. 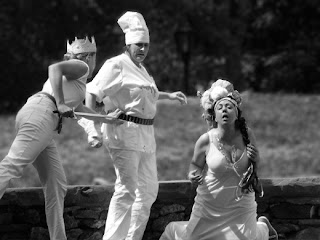 It sounds as though Shakespeare’s Saturninus doesn’t actually devour his own children (there are no stage directions), and they’re certainly not babies, but since his wife Tamara does the eating, the effect isn’t so very different.  In any case, they all die horribly by the end of the scene.
Now, just to prove the interconnectedness of all things, a couple of days ago, in my role as literary dude, I did a bookstore reading for Slake magazine alongside Mary Woronov, a woman I’ve admired since at least 1972 when I first saw her in a single screen version of Warhol’s Chelsea Girls.  The double screen version would have looked like this:

I also loved her in Death Race 2000 and, most relevant to this posting, Eating Raoul  which is surely one of the one of the great film comedies dealing with sex, death and cannibalism.  The Cook, The Thief, His Wife and Her Lover is, I suppose, the very greatest.  Here's Ms Woronov with Paul Bartel: 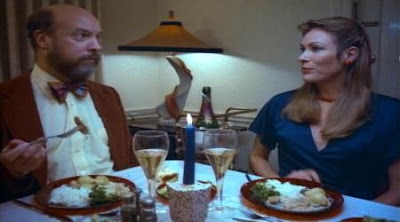 Mary Woronov’s piece in Slake is titled “Jane Says” and it describes the joys of one night stands – and I’m sure it’s shallow of me to wonder just how autobiographical it is.  She writes,  “I like knowing how he feels without ever seeing how he eats his soup, whether he is an asshole about the wine he drinks or a connoisseur of the cheese he eats.” 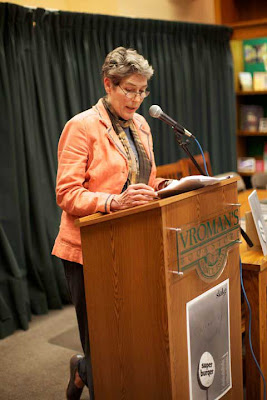 It’s good, funny dirty stuff, and finally she (or her heroine) concludes, “The only thing a man has made that resembles the female genitalia is the side view of the hamburger, with its labialike buns, and the reason why is because the hamburger is to be eaten the way a cannibal eats the heart of his enemies, hoping to attain some of their power.” 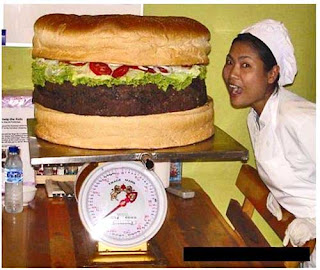 I’m not sure that’s altogether why I eat burgers, but it would certainly be reason enough.  Some, of course, are considerably more than a mouthful.
Posted by GeoffNIcholson at 5:08 PM