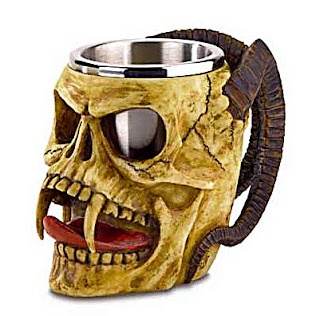 There seems to be a current theory, not mine, that everything tastes better when it comes out of a skull.  This refers largely to alcohol - beer, wine, and Dan Aykroyd’s needlessly expensive vodka - but not entirely, as you’ll see. 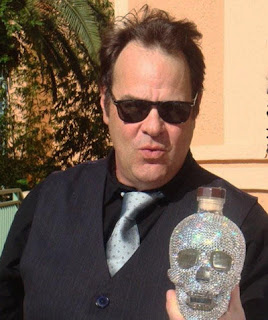 Personally I don’t need a skull per se.  I’m happier with a vessel that has a skull on the side, say a good cocktail glass or a martini shaker, but I don’t claim to be in absolutely in touch with the Zeitgeist. 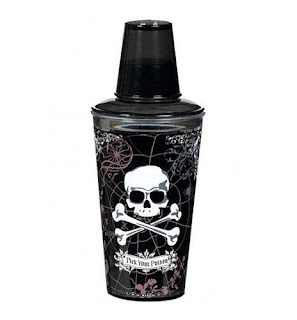 The thing is, of course, you can’t drink from the top of an actual skull because the liquid runs out through the various holes.  Those who do use the skull as a vessel tend to slice the top off and use that as the receptacle.  The man below is a member of the Aghori Hindu Sect, and he uses that skull cup not only as a drinking vessel but also as a begging bowl. 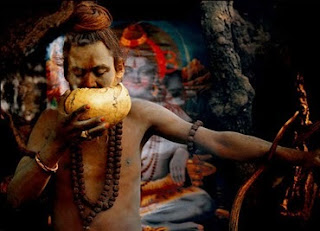 Lord Byron owned a rather more elegant version, of which he wrote “Better to hold the sparkling grape,  Than nurse the earth-worm's slimy brood,” which is hard to disagree with.  Here’s a replica made by the Alchemy Forge of Sheffield, described as “excruciatingly well detailed.” 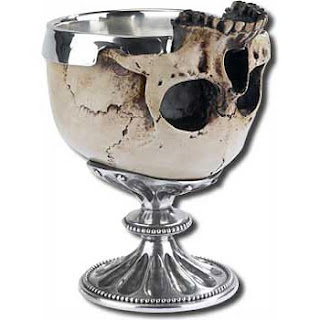 But just in case you’re not ready for the real thing, here for you consideration, as Rod Serling, might say, are some silicon cupcake moulds I recently acquired. 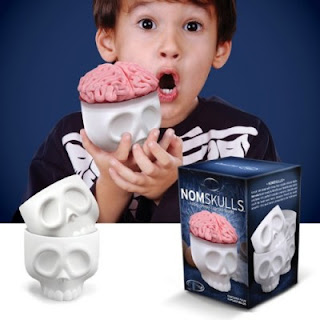 And the first thing to note is that the picture on the box is completely misleading.  That brain-like icing on the top of the cupcake has nothing to do with the mould itself and has been added by some highly skilled food stylist.  For the hopeful child who wants to eat simulated brain this is as disappointing as getting a toy robot and finding that no batteries are included.  Let’s hope his mom or dad is handy with a piping bag.
Now, for my own part I can let years go by without eating, much less making, a cupcake, and yet it seemed possible, if not necessarily likely, that these moulds make work for Yorkshire puddings.   The pudding would rise at least as well as a cupcake, and some nicely browned batter might look at least somewhat like a brain.  Only one way to find out.
There’s a warning on the box that says the moulds shouldn’t be used in an oven above 446 degrees F, a curiously precise figure.  I cooked my Yorkshire puddings at 400 and although the moulds didn’t melt, they did singe very slightly, so they’re no longer pure white, which arguably makes them look slightly more like skulls.  The end result looked like this: 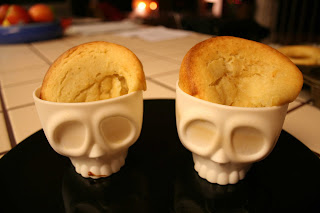 I think you would have to say this wasn’t a complete success.  They tasted fine, but as you see, they rose unevenly and the overall effect didn’t look remotely like a brain.  But wait, what happened when I took the puddings out of the moulds?  They looked like this: 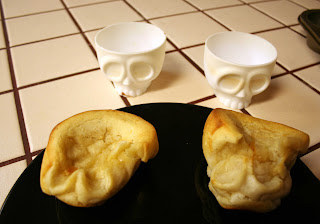 Now OK, they may not look much (or even remotely) like skulls, but they do look at least somewhat like shrunken heads.  I suspect the  shrunken-head fad may be some years from catching on completely, but if and when it arrives, remember you heard it here first. 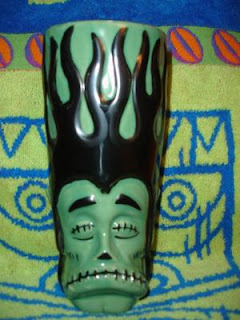 Posted by GeoffNIcholson at 5:33 PM