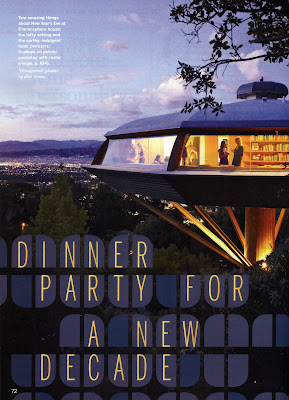 About six months ago the Loved One and I were invited to dinner at Benedikt Taschen’s house, the Chemosphere. These are always daunting but ultimately fun events. Daunting because you never know whether it’s going to be Benedikt, his lovely wife Lauren and a few low key pals, or whether you’re going to find yourself in conversation with Ed Ruscha.

When we arrived there was some guy I’d never seen before taking photographs, but that wasn’t surprising, and even when he started asking people to stand in certain groups for the sake of a better composition, well that didn’t seem so very odd. Which was why it took me such a long time to realize we were being photographed for a magazine. 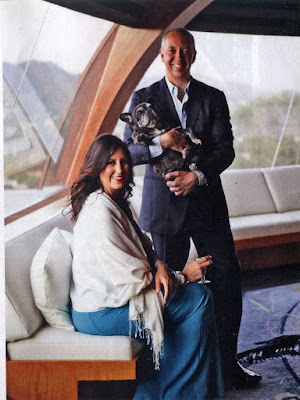 This meal we were having in the middle of the summer was going to be featured in Food and Wine magazine as their New Year’s Party for the new decade. I certainly wished I’d worn something more December-ish.

The meal was cooked by John Shook and Vinny Dotolo, the two dudes who run the LA restaurant Animal. They’re pretty serious about meat. Their menu is likely to feature rabbit, sweetbreads and oxtail poutine, and I couldn’t help thinking they’d been asked to dial things back a bit for the magazine. 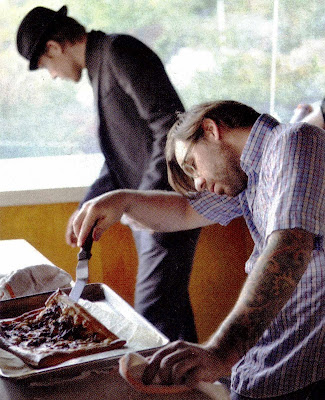 The meal and the company were excellent. But here’s the thing, most often when you have a meal, even a very good one, the memory you retain is essentially imprecise, an overall impression and a few details. In the case of this meal, I could certainly remember that we had some smoked fish for a starter and then an interestingly cooked steak. Beyond that I’d have been struggling. 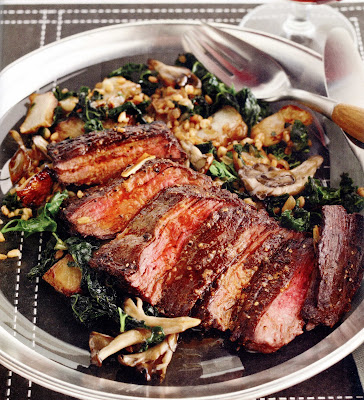 But then the magazine was published, and thanks to the article, I can tell you exactly what we had; smoked-trout salad with avocado, endive and red grapefruit, skirt steak with paprika butter served with a sunchoke-kale hash with faro, and for dessert there was lemon-curd cakes with lemon syrup and poppy seed cream (I’d completely forgotten about them until I saw the article). Not only that, by consulting the magazine I could even give you the exact recipes.

I can also tell you what wines we had, although at the time I had no idea I was drinking 2006 Bibi Graetz Bugia, made from Ansonica grapes from an island off Tuscany. I wished I’d paid more attention.

So now the meal is secure in my memory. And this, I think, is seriously odd. People are always being asked about their most memorable meals, and this New Year’s meal has become mine, not because the details are particularly intense, but because they’re right there in print. I wonder what Proust would make of that?

The photographs are by John Kernick. I rather assumed I’d end up on the cutting room floor, but there I am in the picture below, marked by the arrow. It’s me, really. 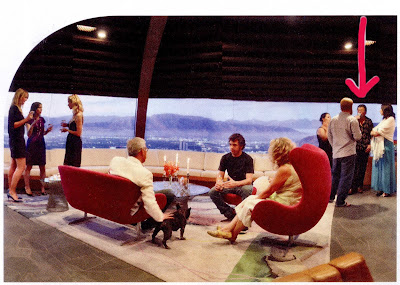 Posted by GeoffNIcholson at 3:13 PM