IF IT'S GOOD ENOUGH FOR HELEN MIRREN ...

My pal Anthony suggested we go for lunch to Versailles, a Cuban restaurant on Venice Boulevard.  I’d never heard of it and he was surprised, and I’m sure I should have.  Everybody else seems to know it and most people seem to love it.  It gets 4 stars on Yelp (which of course means nothing much) but some reviewers say they’ve been going there happily since the 90s, and it was, apparently, founded in 1981. 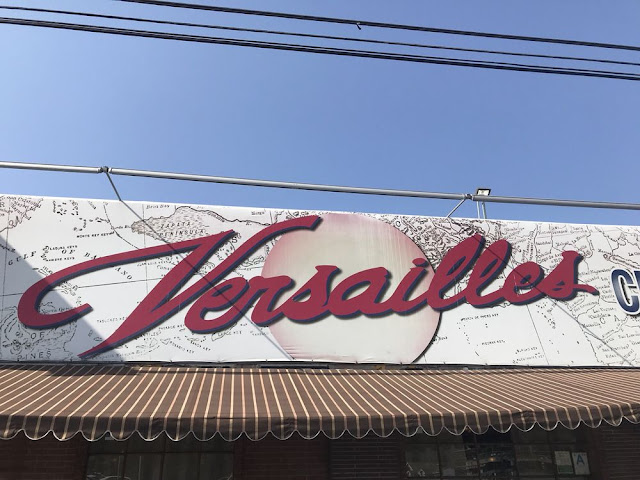 According to an article in the Daily Telegraph Helen Mirren has been known to eat there, and considers it part of her “perfect weekend,” though perhaps she doesn't go there dressed like this:  But hot damn, in any case. 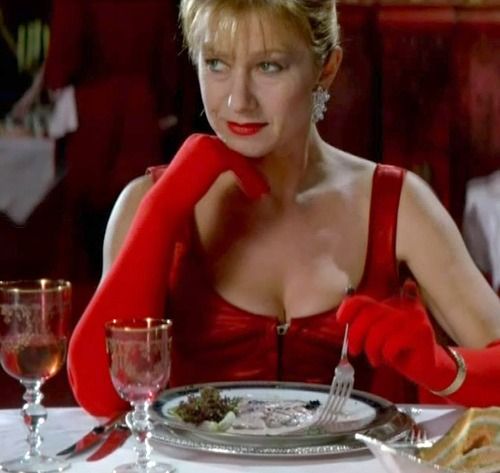 As for why a Cuban restaurant would be named Versailles, I have no idea.  The waiter we asked certainly had no idea either, but then I didn’t really expect him to. I had a Cuban sandwich, which was as good as any. 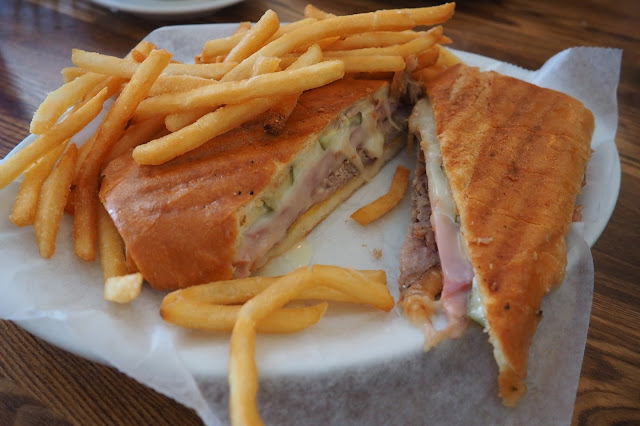 And the oxtail stew was probably better, without being absolutely spectacular - those mushy things you see there are plantains. 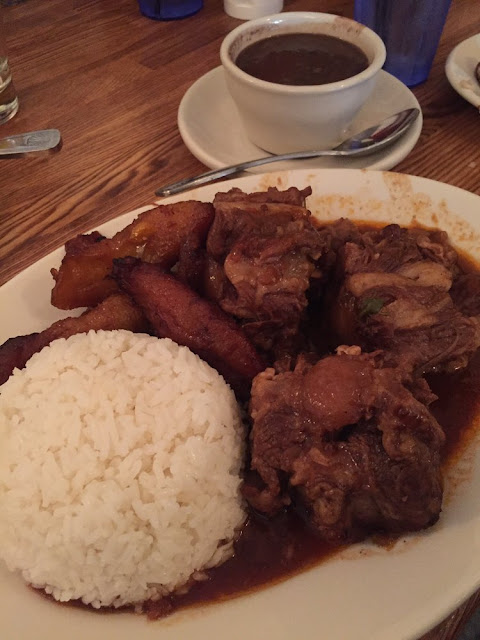 But the place had a good vibe – cavernous rather than cozy, rough at the edges, waiters who are a long way from being obsequious.  I had no complaints.

But afterwards I thought, as I often do, what does Jonathan Gold have to say about this place?  And I found an LA Weekly review.  He wasn’t keen but it was one of those generous bad reviews that he’s rather good at. He writes “everybody but me, it appears, adores the crisp-skinned roast chicken.” “As usual my friend Margaret tells me I don’t know what I’m talking about." A bad review that would leave most restaurant owners feeling not too hurt.

But then I noticed the date of that Gold review - December 9, 1998.  Blimey. I suppose it’s just conceivable that he might have changed his mind in the last 20 years.

But that left me thinking, whatever happened to ephemerality?  Thanks to the Internet a 20 year old restaurant review remains “current.”  In 1998 I’m not sure I even really understood what the Internet was.  But I do remember a time when I used to think that a piece of writing wasn’t “real” unless it was printed on paper.  Now I tend to think the opposite.  Eternal verities – they’re a bad mistress.
Posted by GeoffNIcholson at 8:10 PM