Did you ever want to see Kim Gordon making guitar noise and reading aloud a recipe for corn with miso butter and bacon?  Well no, I can’t say that I did either but when the opportunity arose, how could I pass it up?  She looked liked this: 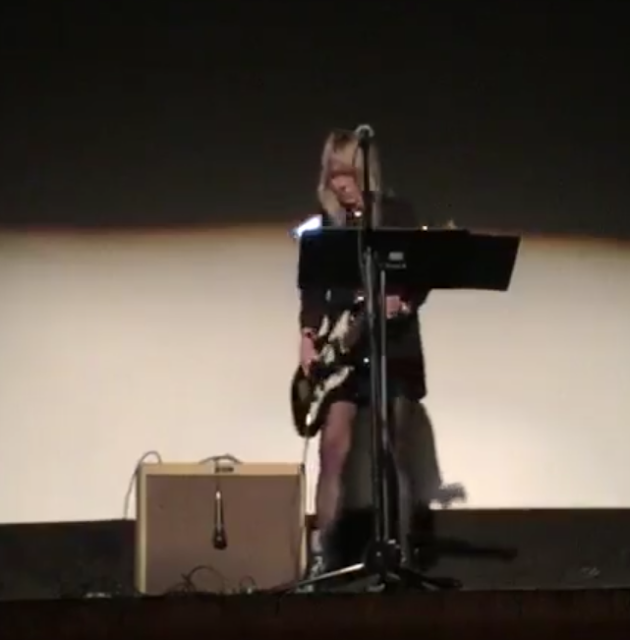 And if you go if you go to Lucky Peach on twitter you can actually see and hear a short clip of it. 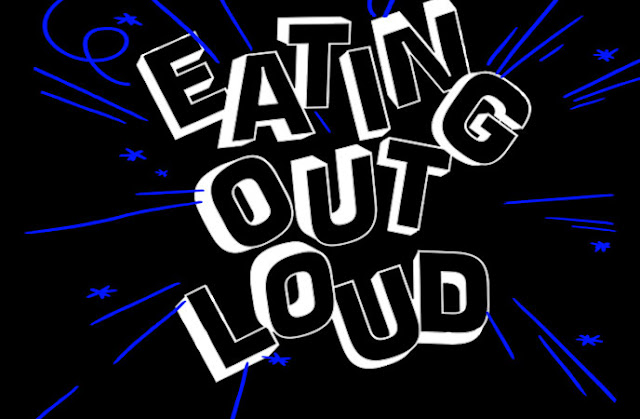 The event was Eating Out Loud, organized by Lucky Peach magazine.  A big crowd - maybe a thousand people - sat in the Million Dollar Theater and listened to readings, and then afterwards milled around in the Grand Central Market, none of them/us entirely sure what to expect.
Among the good stuff Jonathan Gold read a piece titled “Fallen Fruit,” first published in Slake magazine, Amelia Gray looked as though she might explode while reading a short story titled “Date Night,” and David Chang was scheduled to read “Old Masters” by Thomas Bernhard (wow!) but bottled out and instead read a piece about how great the food is in Tokyo. 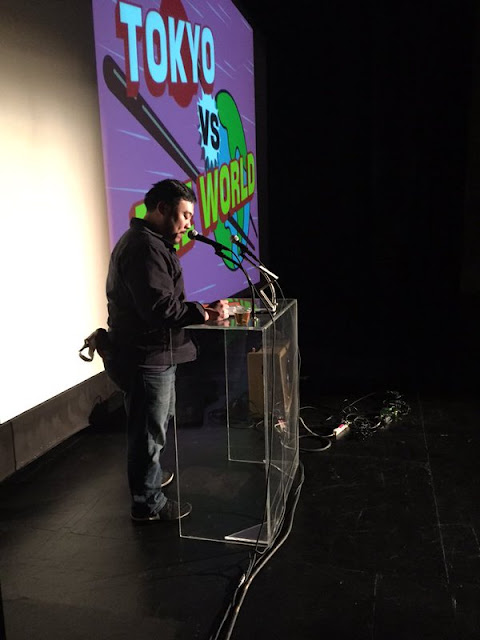 We all got given a goody bag which contained one of these things, a plastic splayed - part spoon, part fork, part knife (or I suppose literally “blade”): 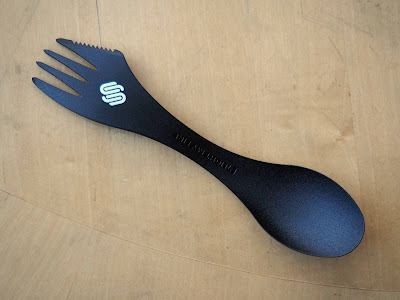 And you know, inspired by Ms Gordon, I thought it might be great to stick this splade between my guitar strings, give it a tug and crank out some guitar abuse. 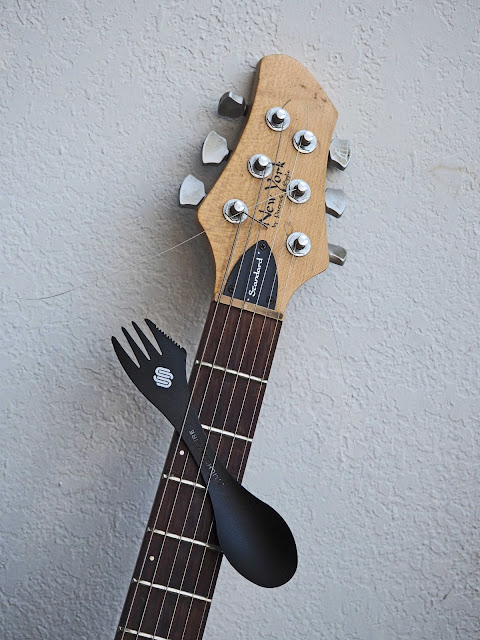 This is known in my set as "prepared guitar."  But in fact the noise was a bit tame - I think the splade probably needs to be metal, preferably heavy. 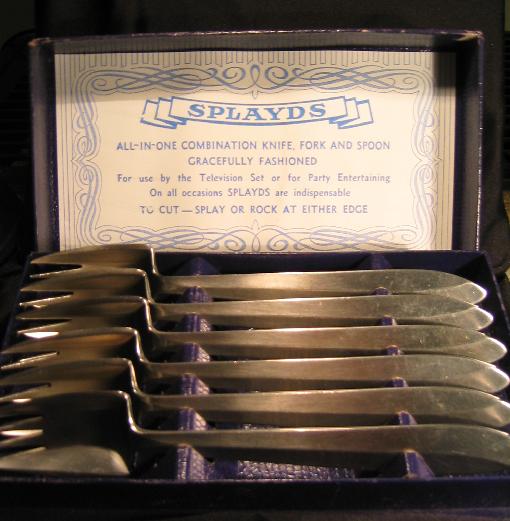 Posted by GeoffNIcholson at 10:28 AM