You want to know what else I ate while I was in England?  I mean why not, what have you got to lose?

Here’s a bowl of whitebait at Elistano’s, an Italian restaurant in Elystan Street, in Chelsea.  I used to love whitebait when I lived in England, and it seems to be unknown in the States, although the notion of deep fried small fish is hardly very exotic.  So now I always have it whenever I get the chance in England and I’m always somehow vaguely disappointed, but that doesn’t, and won’t, stop me ordering it the next time I get a chance. 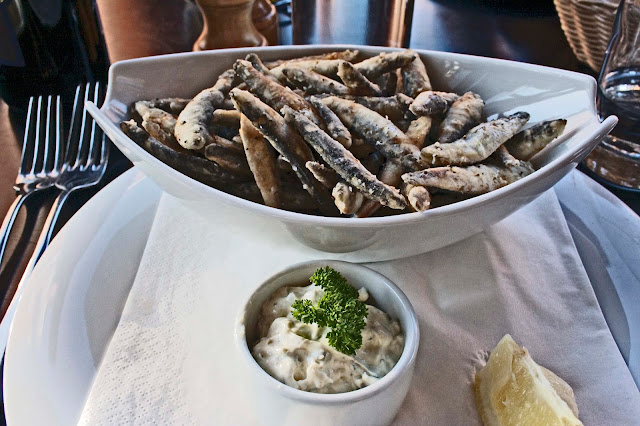 *
Here are pork scratching’s from Brigade, a “social enterprise” restaurant in Tooley Street on the South Bank.  They say, “We help homeless individuals develop skills and motivation to find employment.”  Which may be so, through the waiters looked more like male models than the homeless but perhaps these two things aren’t mutually exclusive.   The scratchings were very good indeed. 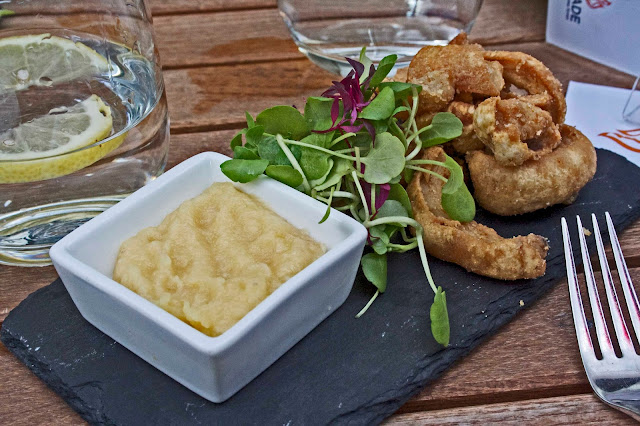 *
And here’s the seafood platter for three from the West Mersea Oyster Bar, in Essex.    It was the cockles that really made it for me – and again, I’m not sure that I’ve ever seen cockles on a menu in the States, and again I don’t really know why. 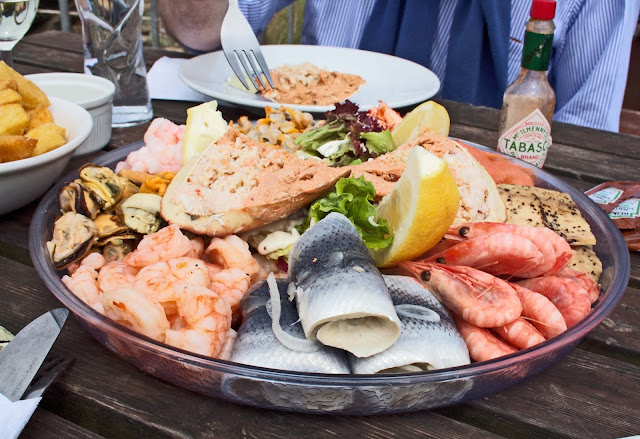 *
And here’s the stuffed cabbage from the Daquise in South Kensington, which has been there since 1947 when it was a hub for Polish émigrés.  Later Christine Keeler and Roman Polanski went there.  I hadn’t been for at least twenty years, and although the interior’s been spruced up – in a sort of deliberately distressed way - the menu looked very much the same. I ordered the stuffed cabbage which I know I ordered twenty years ago.  I suspect the food’s become a bit more sophisticated too, without getting at all distressed.  Best thing about the meal: the staff bring the food to the table in saucepans and then dole it out onto your plate – wonderful, simultaneously very sophisticated and very homely. 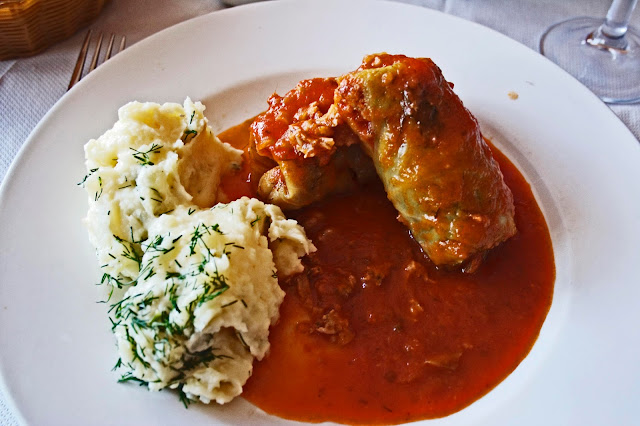 *
And finally here’s the Club Sandwich from Café Opera in the Salts Mill, in Saltaire, on the outskirts of Bradford, where the David Hockney gallery is.  The sandwich contains smoked chicken, bacon, lettuce and tomato, and the potato crisps were really good, though I don’t think they were made on premises.  Best part:  the waitress had one arm tattooed like leopard skin, and I did want to take a picture of that, but I was either too cool or too inhibited, I’m still not sure which. 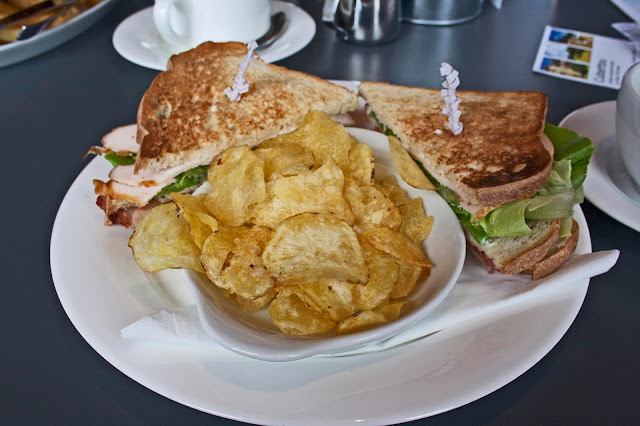 Posted by GeoffNIcholson at 7:12 AM