STRANGERS ON A BINGE 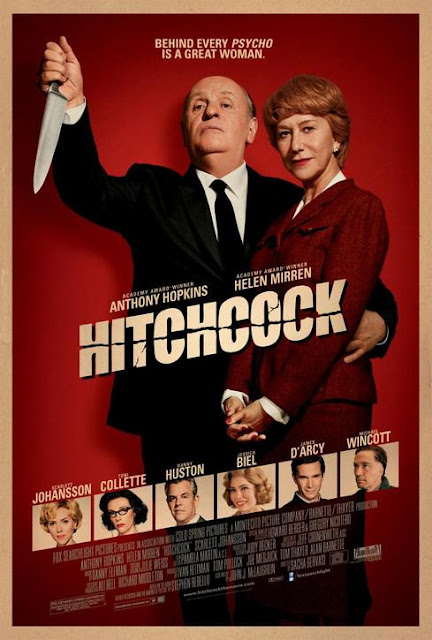 So we saw went and saw the movie Hitchcock at the weekend.  This blog ain’t called Psycho for nothing.  Norman Bates: "Birds really eat a tremendous lot. But -I-I don't really know anything about birds. My hobby is stuffing things."

It was good. It’s a very rare movie about middle aged, or possibly even old age, love.  You know that Hitchcock and his wife Alma Reville - both 60ish at the time - are going to end up together even as you know they stoke psychotic impulses each other.  This may be too sophisticated an observation for mainstream moviegoers to embrace fully, though the movie seems to be doing reasonably well at the box office. 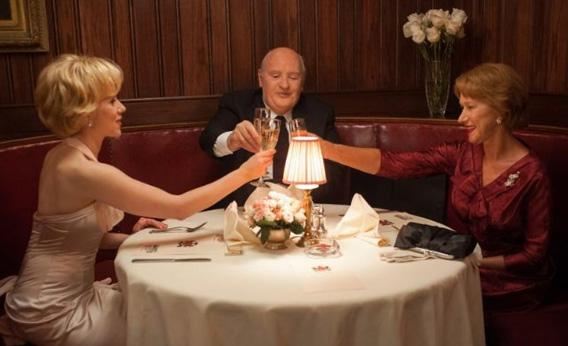 The best food scene features an anguished Hitchcock (Anthony Hopkins), fearing that  Alma (Helen Mirren) is being unfaithful, and opening up the domestic fridge in the middle of the night and eating what I imagine must have been thousands of dollars worth of foie gras.  Alma comes upon her husband and joins in – with a jar of caviar.

I think I have eaten as much foie gras in my life as I shall ever really want to (based more on taste-preference rather than any moral sense), but I’m left with the sudden feeling that I haven’t eaten nearly enough caviar.  Still time to rectify that, I suppose.

Evidence below that the "real life" characters weren't quite as glam as Hopkins and Mirren, though their surroundings certainly look opulent enough. 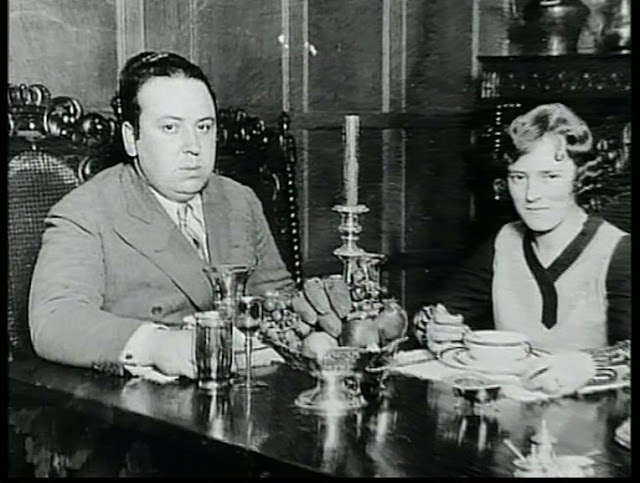 I couldn’t find a still from the movie showing the foie gras eating scene, but I did find this still of the real Alfred Hitchcock with a goose.  The master of suspense indeed. 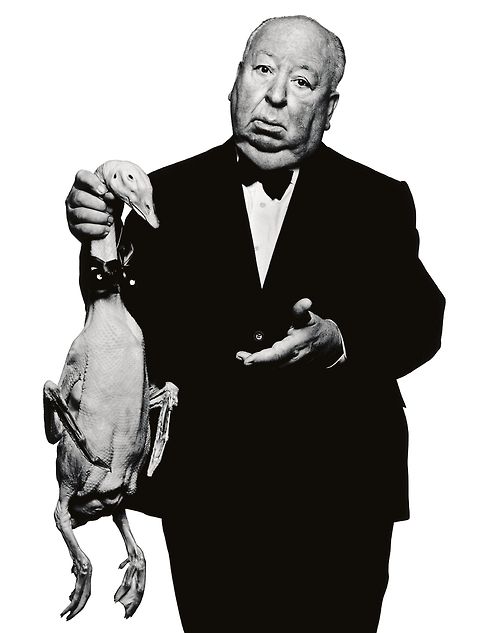 I also found this image of Alma, a fridge and Hitchcock’s wax head.  There’s definitely one, and maybe two cans of foie gras in that fridge. 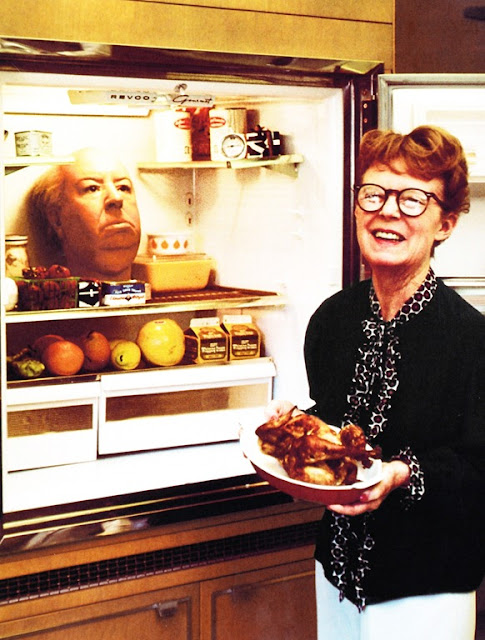 Posted by GeoffNIcholson at 8:22 PM