OF EATING AND WALKING 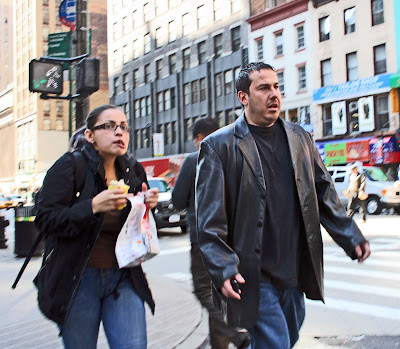 Eating and walking are only two of my many obsessions, though they’re probably the most harmless.  Thanks to street food and the occasional bit of foraging, they can sometimes be combined.

On the Frieze blog last week Erik Morse was interviewing Danish chef René Redzepi whose Copenhagen restaurant noma regularly tops those “best restaurant in the world” listings.  I know Erik a little and he's a good man, and we’ve had some stimulating conversations, but I’m glad he’s never interviewed me, because he has a tendency to ask an opening question of such devastating complexity and high-mindedness (I mean that as a compliment) that I’m sure my mind would go completely blank.  Below is his first question to Redzepi. 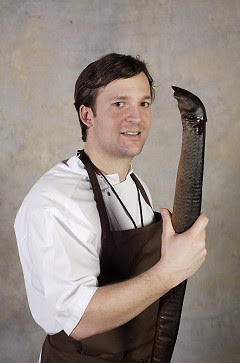 Erik Morse: Let us begin with one of the most essential, though largely ignored, prerequisites for the experience of food – namely, walking, both as the cartographic source for and biological reason for eating. I am reminded of the Danish philosopher, Søren Kierkegaard, who was known to walk extensively through Copenhagen on a daily basis while sampling the city’s pastries. The history of philosophy and the history of cooking once shared an intimate connection with the activity of walking. That said, why is the idea of walking and foraging such an important component for noma?

René Redzepi: Foraging is important to us for many reasons, although I must say that it doesn’t sum up what noma is … 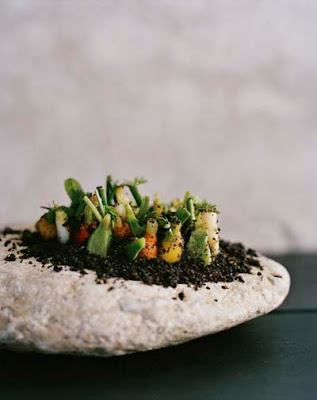 If you’re walking in the city and suddenly find yourself in need of food it isn’t much of a problem – if you can’t find a pastry you, at least you can usually buy a chocolate bar or a piece of fruit, and chances are you’ll be able to find somewhere to sit down and eat if that’s what you want. I always enjoy Iain Sinclair’s descriptions of the greasy spoon breakfasts he has before setting off on his heroic walks – I’m sure I enjoy the descriptions more than I’d ever enjoy the breakfasts. 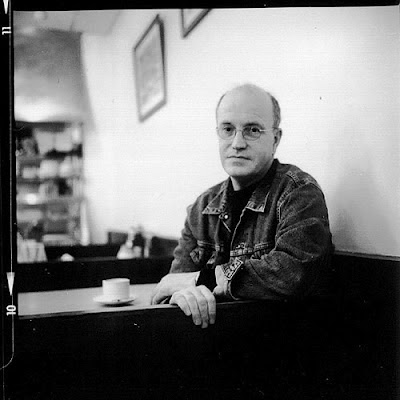 Photo by Phil Nicholls
Out of town you make sure you’ve got something to eat in your backpack, maybe some landjäge – aka “German walking sausage” - but even so it’s always great to come across something growing that you can eat.  Finding a blackberry bush when out walking always takes me back to walking with my dad when I was a kid.

There used to be a vast field of nettles in the meadow behind the house where I lived in Suffolk, and I always imagined I’d go out there and collect some and make nettle soup, but by the time I’d walked into the meadow I was so thoroughly nettled my mind was rather poisoned against the idea of eating the damn things.  My adventures in Essex at the end of last year, picking up oysters from the beach, is about as good as foraging ever gets for me, though I’m sure that by René Redzepi’s standards this would be puny stuff. 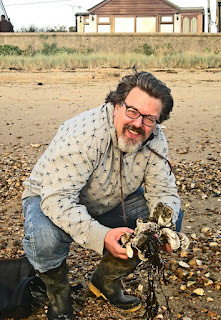 The walking-eating connection has been much on my mind lately since I’ve been reading a new book, A Man In A Hurry: the extraordinary life and times of Edward Payson Weston, the world’s greatest walker, which was sent to me by Helen Harris, who’s one of its authors, along with Nick Harris and Paul Marshall. 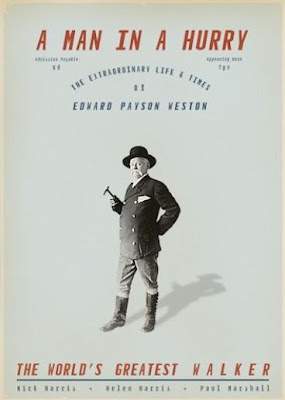 I came across Weston while researching The Lost Art of Walking, and he did seem an amazing character, one of those late 19th and early 20th century professional, competitive walkers, who walked the length and breadth of America, and occasionally England, entering races that could be hundreds of miles long, often cheered by vast crowds that Lady Gaga would envy.  Between 1865 and 1879 he walked 53,000 miles, and he kept on walking, one way or another, until his death in 1929.  I only knew what I’d pieced together from various sources.  A Man in a Hurry is the first book length study, as far as I know, and it’s absolutely terrific. 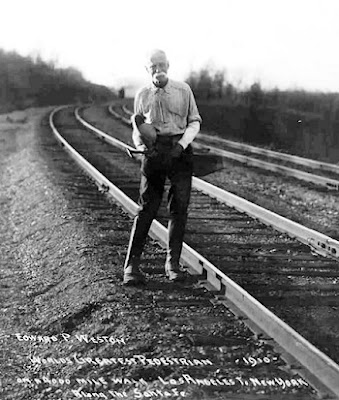 It tells us, for instance, that when Weston was undertaking a seriously long race, he’d would use the first 24 hours to “break the neck” of the walk, hoping to cover 112 miles in that time.  But to accomplish this he’d eat nothing solid, getting by on beef tea, prune tea, coffee, egg yolks, gruel and blancmange.  Once the hard work was done he’d eat a more conventional diet, though one that modern athletes (and even walkers) would find pretty heavy - cold beef, mutton chops, potatoes, oranges, lemons, grapes bread and butter and Peek Frean milk biscuits.  I grew up in England eating Peek Frean biscuits, they were slightly worthy and not much fun.  Apparently the brand no longer exists in England, though it does in the USA, where it’s now owned by Kraft. 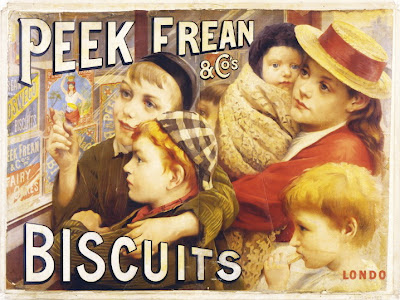 Biscuits aside, it seems that Weston also got plenty of energy from chewing coca leaves, which was perfectly legal at the time, and the effects of cocaine were little understood.  But “stimulants” were a mixed blessing for the walker.  In 1885 Weston competed against Daniel O’Leary – “2,500 miles a day (but not Sunday) in numerous locations until the distance was done.”  By the 44th day they’d both walked more than 2000 miles, and O’Leary was in bad shape, yelling at Weston and pushing him off the track.  Next they were headed for Chicago, but O’Leary failed to show up and Weston was declared the winner, though he did carry on to complete the full mileage. 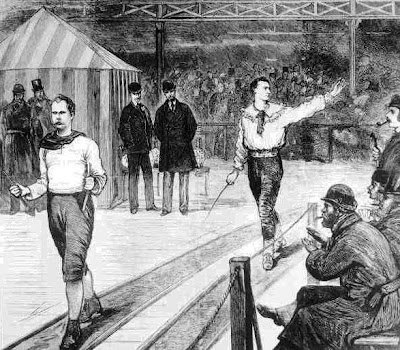 Weston said to a reporter, “You see, about a week before we finished the contest, Dan commenced to take stimulants pretty freely.  I don’t mean that he went on a spree.  But the fact is that he was so exhausted that whisky was the only thing which could keep him up.  Food had no effect on him … It will be a long time before he will be able to do much walking.” 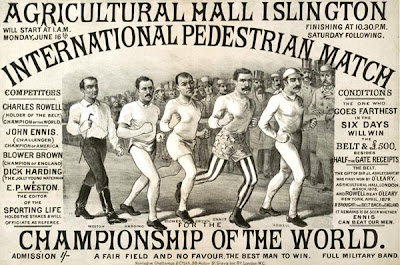 One of the most genuinely improbable things about pedestrianism in Weston’s times is that it was regarded as a great spectator sport.  The book tells us that when Weston competed in a six day race at Madison Square Garden, there were 13,000 spectators there to see the start, at one in the morning.  Over the course of the week the lunch room got through 400 loaves of bread, 5000 pigs’ trotters, 5000 oysters, 6000 pickled sheep’s tongues and 200,000 glasses of lager.  Sounds like it would be well worth going to even if you had no interest in walking whatsoever.
Posted by GeoffNIcholson at 10:50 AM