AIN'T NO SNAFU, NO FOL-DE-ROL

I’m sure there are those who think the potato sandwich is a tad too starchy and carbo-rich. And I can see they have a point. But in that case I wonder how they’d feel about what’s been served up at the Boho restaurant here in LA, and that’s the potato pizza - seen below. 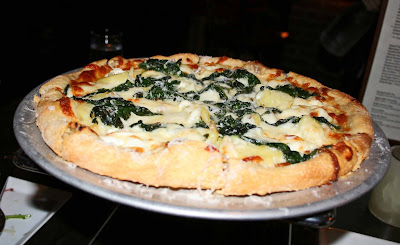 Boho is at 6372 Sunset Boulevard, right between Amoeba Records and the Arclight Cinema. It calls itself Hollywood’s first gastropub, and I can imagine quite a few establishments might want to debate that, but I don’t really think it’s a title worth fighting for. The bar looks good, has a welcoming atmosphere and a nicely mixed clientele, but I’d never thought of eating there until I saw they had potato pizza on the menu. 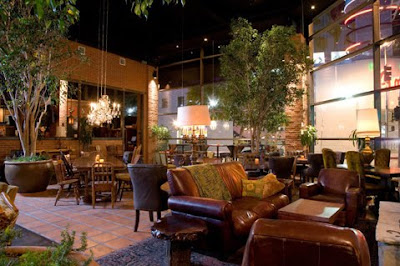 It comes with spinach, roasted garlic, ricotta, mozzarella and reggiano cheeses and cubes of potato. It tastes pretty good, how could it not? And if it doesn’t exactly represent a balanced, healthy meal, well it’s not the kind of thing you’re going to eat every day, is it? Is it? The menu says the potatoes are fingerlings, and although I don’t doubt it, by the time you’ve got all that other good stuff piled on top of them they could be lumps of carpet tile and they’d still be darned tasty. 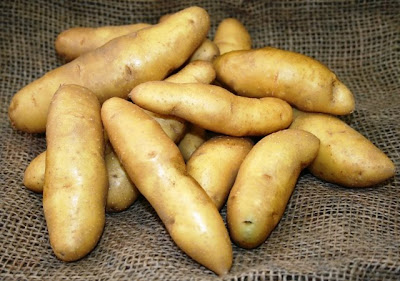 Fingerlings are a heritage variety of potato, so I guess they’ve been around for a while, but I first heard the word fingerling not as a type of potato but as the name of a guitarist in Captain Beefheart’s Magic Band: Winged Eel Fingerling aka Elliot Ingber. He’d also been in the Mothers of Invention and went on to form The Fraternity of Man who recorded Don't Bogart That Joint, which was heard in Easy Rider. 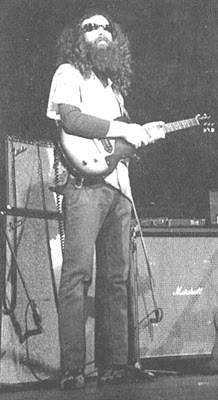 Beefheart usually gave his band members their odd names, and in this case he wrote
“No B.O. for this boy/it’s like a winged eel fingerling/ crawling thru lime jello.” 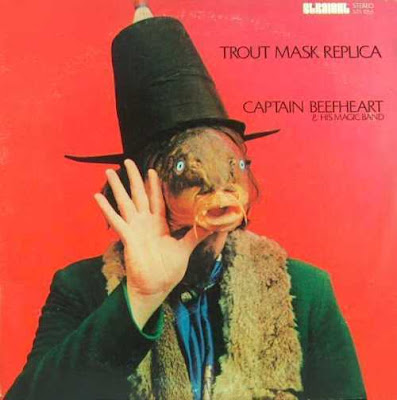 There is, I think a small paper to be written about Captain Beefheart and food, or at least food names. According to Frank Zappa he (Beefheart) got the name because his penis resembled a Beefheart, which I can’t really imagine, and don’t especially want to. A record company biography from 1965 wrote that Beefheart’s tastes “run the gamut from good brandy to falconry with sparrows, from fine cuisine to National Geographic.”

Three of his albums have (somewhat) food related titles, Safe As Milk, Trout Mask Replica and Ice Cream For Crow. There are foodie song titles, Big Eyed Beans From Venus, Frying Pan, Sugar N Spikes. There are various lines in his songs that mention food, including the majestic line “A squid eating dough in a polyethylene bag is fast n bulbous, got me?” There are also two instrumentals on Trout Mask Replica Hair, Pie Bake 1, Hair Pie Bake. 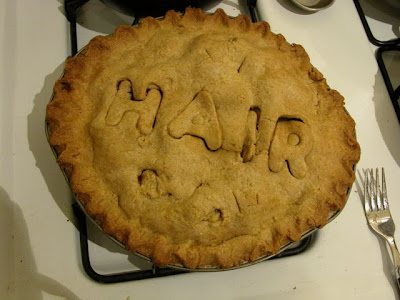